The 50 Cent Party or 50 Cent Army is a term for Internet commentators as being hired by the authorities of the People's Republic of China to manipulate public opinion to the benefit of the governing Chinese Communist Party.

Who Are the Chinese Trolls of the '50 Cent Army'?

HONG KONG - On every major public occasion in China, like the current National Day Golden Week holiday that began Oct. 1, the nation’s military is deployed to appear in endless parades and public outreach events.

Online, a different sort of army is also deployed. The “50 Cent Army” is a group of state-backed internet commenters whose numbers have reportedly ranged from 500,000 to two million. The root of the nickname - the idea that the government pays 50 renminbi cents per pro-China post - has long been debunked.

However, “wu mao” (or “50 cents” in Chinese) is still a common online insult, and even the official state media have acknowledged that there are government agents posing as ordinary, patriotic netizens.

A Harvard study published in August analyzed 44,000 posts related to an email leak to paint a picture of this “army.” 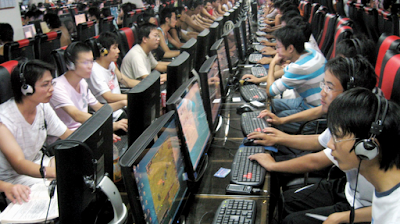 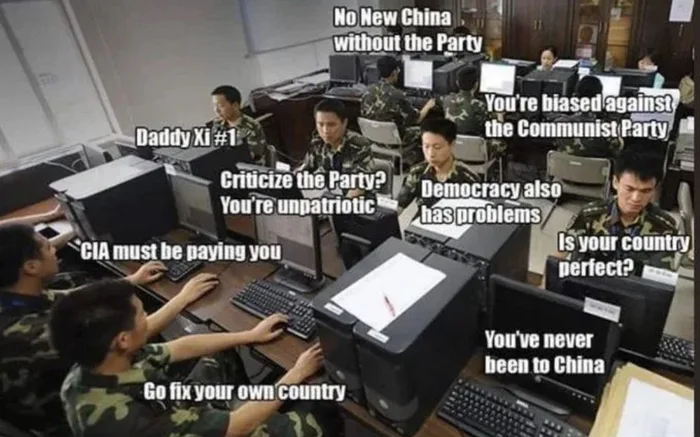 It concluded that “50 Centers” are not raging Chinese youth typing furiously away in their moms’ basements, as the stereotype goes, but government bureaucrats in unrelated fields like taxation or sports management, employed overtime to churn out posts allegedly by ordinary citizens.

They are not typical trolls. Instead of arguing about jailed dissidents or naval disputes, they mostly blanket the internet with blandly positive posts.  “Almost none of the Chinese government’s 50c party posts engage in debate or argument of any kind,” the Harvard study said.

Not surprisingly, “50 Centers” are found to be busiest when the state wishes to boost patriotism (like National Day) or when it wishes to cover up news, like October independence protests in Hong Kong.

“On an anniversary, everyone is on the edge of their seats,” David Bandurski, editor of the University of Hong Kong’s China Media Project, said in a telephone interview. “It doesn’t matter if it’s an anniversary of the Cultural Revolution or Communist Party or National Day – it’s always a nervous moment. That’s the point of control.”

Bandurski was one of the first Western commentators to write about the 50 Cent Army in 2008, when Beijing was struggling with Tibetan unrest, the deadly Sichuan earthquake and human rights protests ahead of the Beijing-hosted Summer Olympics. At the time, the government diverted Chinese netizens’ attention – and ire – to an American CNN commentator who had criticized China.

“Redirecting public opinion is nothing new,” Bandurski said. “It’s been official policy since 2008.”

The 50 Cent Army is not really an army; it’s just a platoon in a much larger propaganda apparatus. All those positive posts are planted in an environment that bans most Chinese from legally accessing social media like Twitter, Facebook and YouTube, as well as critical news media like The New York Times and Bloomberg.

While “50 Centers” may distract viewers with pro-government posts, other branches of the Propaganda Department are busy censoring controversial articles and key words. When the “50 Cent Army” emerged in the early 2000s, online discourse was concentrated in chatrooms, bulletin boards and comment fields under articles. Today, when many millennials are connected to the internet constantly via their phones and watches, their tactics may seem outdated.

FILE - A computer user sits near displays with a message from the Chinese police on the proper use of the internet at an internet cafe in Beijing, China.

“Now is the era of Weibo,” Bandurski said, referring to a popular Chinese social media channel. “By this point, everyone is interacting online in real time.”

Younger internet users may also not be moved by rather dull state propaganda produced by tax bureaucrats working overtime.

In July, the Propaganda Department tried to pep up the Communist Party’s staid 95th anniversary with videos featuring digital animation and hip-hop – though still with torturous lyrics like “You are probably also confused about the situation of Taiwan.”

One of those videos was produced by the Communist Youth League, a powerful group with 89 million members aged 14 to 28 – a demographic better placed to appeal to youthful internet users.

In August, the government released a plan to involve the CYL in its goal to “purify” the internet.

CYL members are certainly more aggressive than the “50-Centers” described in the Harvard study. They also seem adept at jumping The Great Firewall of China to troll subjects on foreign social media.

They have also written posts criticizing entertainers deemed to be insufficiently patriotic.

They left 40,000 angry messages on the Facebook page of Australian swimmer Mack Horton, who beat his Chinese counterpart at the Rio Olympics and accused him of being a “drug cheat.”

A similar thing happened in January when Tsai Ing-wen became the first woman elected president of Taiwan, a self-governed island that Beijing considers a renegade province.

According to Foreign Policy, a campaign was started on a forum on Baidu, a Chinese search engine, to flood Tsai with anti-Taiwan comments. In 12 hours, there were 40,000 negative comments on her Facebook page.

“These are volunteer armies of mobilized angry youth,” Bandurski said. “They are happy to heed the call to, say, spam the Taiwan president.”

“To what extend they are state-organized, we don’t know,” he added. “Is it volunteering? State-encouraged volunteering? It’s so complicated. They are like ‘The 50 Cent’ 2.0.”

One prominent commenter is Lei Xiying, a Chinese PhD student at The Australian National University who produced a video criticizing rights lawyers and activists.

It went viral, especially after it was posted on official government websites. But Lei is not a “50 Center.” He is not posting under a falsified name, nor is there evidence that he is paid to do so.

Experts see China using more savvy ways of controlling opinion online. In the same way that the actual People’s Liberation Army is modernizing – focusing on technology and skill, as opposed to sheer numbers – the “50 Cent Army” is being overhauled, too.

“The 50 Cent Army doesn’t just fade away,” Bandurski said. “They have their teams and infrastructure, and they will continue. But now it’s become more sophisticated and more refined. They are being nuanced and savvy. They’re crunching data. They have a lot of resources.”