Super Vacation Tour Page [Had Serious Bus Roll Over] Dont Use Them!

Posted by Conan Doyle at 8:58 AM No comments:

Why Kids Keep Crapping in Public in China 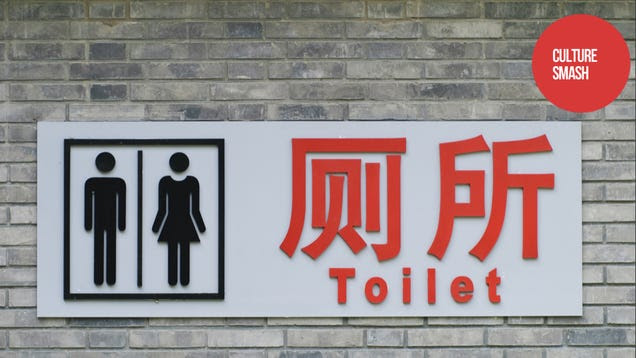 EXPAND
Every week, it seems like photos of someone, often little kids, crapping in public appear online in China. This usually creates all kinds of havoc, often with people criticizing the parents (or grandparents) for letting the kids do their business in a public place. But why does it keep happening?1
Note: this story contains a subject matter some readers might find uncomfortable.
The vast majority of public crapping in China appears to be limited to kids, but a small number of adults also do it—though they tend to be far more discrete.
In the countryside, outhouses still exist, and the cities have made leaps and bounds in public restrooms (especially in the years leading up to the Beijing Olympics). However, many toilets in the cities can get dodgy. Below is a public toilet in Beijing with warning signs: Historically, there has been a dearth of toilets in China. What's more, diapers have traditionally been expensive, and crotchless pants were seen as an acceptable solution.
Against this backdrop, if parents can't find a toilet in, say, Guangzhou's subway stations, they might see the subway platform, or the subway itself, as a viable alternative. But on an airplane? Which has clearly marked toilets?
Diapers are still expensive in China, so middle-class parents can purchase them for their children, but you still see crotchless pants in all manner places—from shopping malls to the Forbidden Palace. What's more, if grandparents are watching after the kid, they might be more inclined, because of the circumstances they grew up in, to let the kids go in public. Some kids, as they become teens, don't ween themselves off this way of thinking and do their business when they're out in public. It does reflect on their parents—something that people online in China are quick to point out when criticizing this behavior. 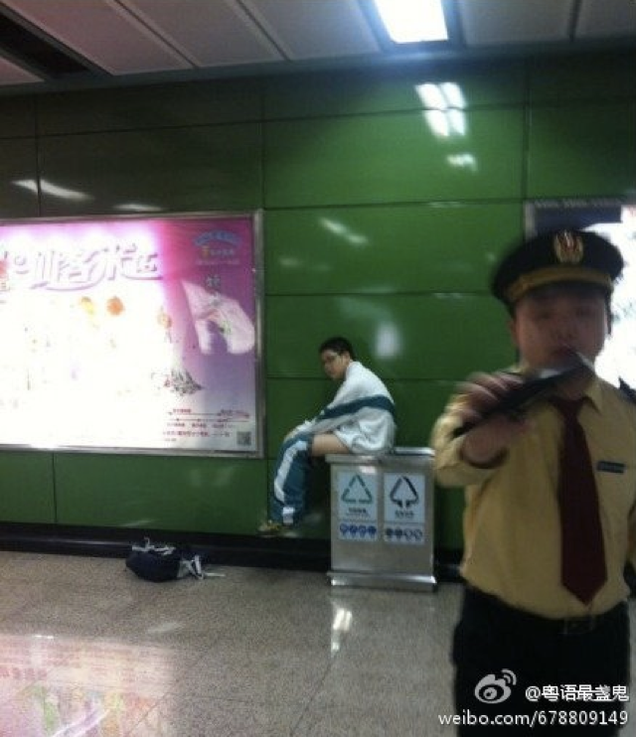 A few years ago, I interviewed a famous industrial designer for a magazine. He's Japanese—not Chinese—and we did not once talk about defecating in public. However, we did talk about this theory that humans have a natural relationship with things. For example, if you have trash in your hand, and you see a bicycle with a basket, you might pitch it in the bicycle's basket. This is littering and isn't socially acceptable, but that bicycle basket does resemble a waste paper basket, and instinctively you might use it for that. Going to the bathroom in public place, perhaps, works on a similar rationale—especially since aGuangzhou subway bin does resemble a toilet. Somewhat.
Posted by Conan Doyle at 8:13 AM No comments:

Chinese interceptions of U.S. military planes could intensify due to submarine base

Chinese interceptions of U.S. military planes could intensify due to submarine base 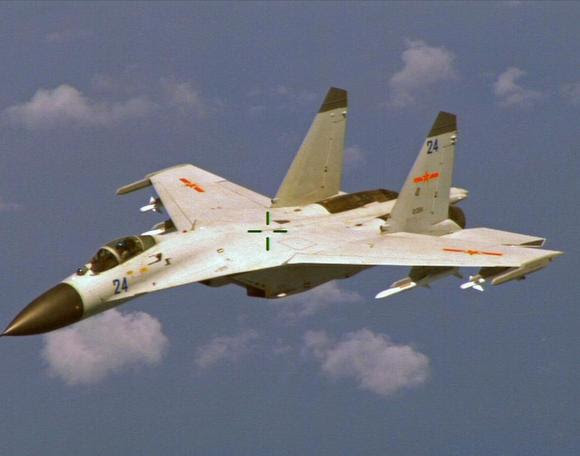 Speed not a factor in tour bus crash, RCMP say

Speed not a factor in tour bus crash, RCMP say

Excessive speed is not believed to have played a role in Thursday’s bus crash on the Coquihalla Highway near Merritt, RCMP said Friday, after reviewing video captured by a dashboard camera.
A tractor-trailer travelling behind the bus recorded the rollover, which ejected multiple passengers and injured all 56 people on board.
RCMP Sgt. Brian Nightingale says that leaves mechanical problems or human error as possible causes.
Tire marks show the bus drifted into the grassy centre median of the highway, Nightingale said, and the bus apparently veered out of control as the driver tried to correct its course.
“It’s more an issue that the driver drove into the centre median and then veered too hard trying to get onto the road,” he said. “We’re doing mechanical (inspections) on the bus, so that will rule out any kind of mechanical factors, like steering and braking and that kind of stuff.”
The passengers were on a tour organized by Super Vacation, a company based in Richmond, that describes itself as the largest Chinese tour operator in North America. The company has said the bus was returning to Vancouver from a four-day trip to the Rocky Mountains.
Company director Laurels Lau said many of the passengers are from mainland China, Hong Kong and Taiwan, though he said some are from B.C. and elsewhere in Canada.
Lau said his company has shuttled a few uninjured people back to Vancouver and as soon as hospitals release other victims the company will transfer “them to wherever they want to go, the airport or wherever.”
Lau rejected criticism from some in the industry that the tight schedule of the trip may have put undue pressure on the driver. All drivers on Super Vacation trips must abide by government limits of 12 hours per day of driving followed by a minimum eight hours of sleep, Lau said.
He said the bus was operated by Western Bus Lines, which he said is a “major local bus company with 35 years of experience.”
Western Bus Lines, based in Kelowna, did not reply to repeated voice messages and emails.
“We are waiting for the police report,” said Lau, who declined to comment on the cause of Thursday’s crash.
Abraham Lin, director of consular services for the Taipei Economic and Cultural Office in Vancouver, said his office had confirmed that two of the patients are Taiwanese nationals, a 20-year-old man and a 21-year-old woman.
“They are just studying for the summer and they joined the bus tour for the Rocky Mountains,” Lin said.
Lin said his office had been in touch with one of the Taiwanese passengers and had contacted the other’s parents in Taiwan.
The Chinese consulate in Vancouver said it had confirmed some of the injured passengers are from China.
“We will provide assistance as much as possible,” Yue Li, media affairs officer for the Consulate General of the People’s Republic of China, said at a news conference. “We also offer our condolences to all the passengers, no matter their nationality.”
A spokeswoman for the U.S. consulate in Vancouver said the consulate had contacted the Royal Inland Hospital in Kamloops and was told there were no American citizens at the facility. American officials hadn’t yet been able to reach other hospitals.
SUCCESS CEO Queenie Choo offered her organization’s support to anyone involved in the accident.
“While medical aides were provided to the victims, SUCCESS is pleased to lend help to the victims and their families as needed,” she said in a statement. “Affected individuals and/or families are welcomed to call SUCCESS help lines at 604-270-8233 (Cantonese/English) or 604-270-8222 (Mandarin) from 10 a.m.-10 p.m.”
With a file from Mike Hager, Vancouver Sun
Posted by Conan Doyle at 3:15 PM No comments: