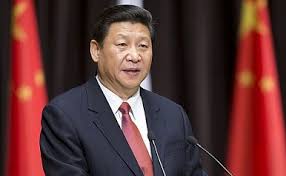 MARK MACKINNON
LONDON — The Globe and Mail
Published Monday, Sep. 29 2014
The peaceful protesters blockading the centre of Hong Kong are the biggest challenge – and perhaps opportunity – Chinese President Xi Jinping has encountered since assuming power early last year.
Twenty-five years after the tragedy of Tiananmen Square, thousands of Chinese citizens are once more on the streets of a major city, fighting for democracy. How it turns out may well depend on how Mr. Xi thinks about what happened on June 4, 1989, and the role his father is rumoured to have played at the time.

MORE RELATED TO THIS STORY

View from the ground in Hong Kong

a sea of people, mostly young wanting change and real democracy
Posted by Conan Doyle at 7:54 AM No comments:

Here comes the boot to the neck treatment, trust China to know best. Now here's the true face of Communist China today kiddies....
Posted by Conan Doyle at 7:46 AM No comments: CHRIS MCGRATH / GETTY IMAGES
Protesters put on goggles and wrap themselves in clear wrap after hearing a rumour that police were coming with tear gas outside the Hong Kong Government Complex.
Published on Mon Sep 29 2014
Bloomberg
Tens of thousands of protesters swelled in Hong Kong’s main districts pressing for free and open elections and the resignation of Chief Executive Leung Chun-ying, even as one of their leaders set a deadline for the gatherings to end.
The main protest area near the government’s main office in the Admiralty district swelled with demonstrators, who blanketed the main road feeding the business district. The movement, kick- started by students on Sept. 26, led to violent clashes yesterday with police, who used tear gas to disperse crowds.
Thousands of demonstrators, many of them students wearing black t-shirts, were sitting down on Hennessy Road, which winds through Causeway Bay, to the east of the main protest area. In Mong Kok, on the other side of Victoria Harbour, thousands more protesters took up positions in one of the city’s most bustling shopping districts.

VINCENT YU/THE ASSOCIATED PRESS
Riot police use pepper spray against protesters after thousands of people block a main road to the financial central district outside the government headquarters.

VINCENT YU/THE ASSOCIATED PRESS
Protesters rest on a main road in the financial central district after riot police used tear gas against them as thousands of people blocked the road in Hong Kong, Sunday, Sept. 28, 2014.

XAUME OLLEROS/GETTY IMAGES
Protesters pour water over the head of a fellow demonstrator during riots that followed a pro-democracy protest in Hong Kong on September 28, 2014.

XAUME OLLEROS/GETTY IMAGES
Police confront protesters in Hong Kong during a demonstration on September 28, 2014.
Posted by Conan Doyle at 7:41 AM No comments:

More than 100,000 protesters expected to flood the streets of Hong Kong as holiday begins


More than 100,000 protesters expected to flood the streets of Hong Kong as holiday begins

Pro-democracy protests swelled in Hong Kong on the eve of a two-day holiday that may bring record numbers to rallies spreading throughout the city as organizers pressed demands for free elections.
With the workday ended and temperatures dropping, thousands of people were returning to the three main demonstration points, blocking some of the city’s roadways. Hong Kong marks China’s National Day tomorrow, the 65th anniversary of the founding of the People’s Republic of China and Chung Yeung Festival on Thursday, when Hong Kong people honour their ancestors.
“It’s quite possible that at least more than 100,000, if not up to 300,000, 400,000 people, will join in the protest in a show of people’s power,” Willy Lam, adjunct professor at Chinese University of Hong Kong, said in an interview today. “They want to convince the Hong Kong government and Beijing that any use of force will be counter-productive. It will only galvanize more of the rest of Hong Kong’s 7 million people.”
The movement, kick-started by students on Sept. 26, swelled following weekend clashes with riot police who used tear gas to disperse crowds. Student leaders said today that the protests would spread if their demands aren’t met for Chief Executive Leung Chun-ying to resign and for the government in Beijing to drop plans to control the 2017 leadership election.
The government has pulled anti-riot police off the streets with officers standing off to avoid the clashes of Sept. 28 that angered demonstrators. The benchmark Hang Seng Index dipped again, marking its biggest two-day decline since February.

Lam Yik Fei/BloombergDemonstrators hold an effigy of Leung Chun-ying, Hong Kong's chief executive, during Monday's rally.
Roads leading into the Admiralty district, where protesters have surrounded the government headquarters, continued to be blocked with workers commuting by foot and metro. Crowds this evening are also gathering at the popular shopping districts of Causeway Bay and Mong Kok.
“This movement is to achieve universal suffrage and get the National People’s Congress to take back their decision,” Alex Chow, one of the student leaders, said at a press conference Tuesday. “Yet we see that CY Leung doesn’t seem to be communicating with the top and with the people and he doesn’t understand what democracy is. So to achieve democracy, we must start with asking Leung to step down.”
When asked at a press conference today whether he would resign, Leung said that “any personnel changes” would result in the existing election committee choosing his successor, rather than through a vote.
At the briefing, Leung dismissed speculation that the People’s Liberation Army, which was used to crush the 1989 Tiananmen Square demonstrations, would be used in Hong Kong. He also said that the city was preparing for the protests to last.
“The impact from Occupy Central would not be just three to five days — it could be quite long,” Leung said, citing the protesters’ road blocks, medical aid centres and supply stations.
The students called for Leung to respond to their demands by tomorrow. Leung is due to mark the founding of modern China at an 8 a.m. ceremony near where the main protests are being held. The popular firework show over Victoria Harbour for the holiday has been canceled.
The demonstrations coincide with Golden Week, a week-long holiday in China when hundreds of thousands of people from the mainland travel to Hong Kong. Some retailers  are closing outlets, with Chow Tai Fook Jewellery Group Ltd., the world’s largest jewellery chain, shutting about 20 shops today, after keeping more than 25 closed yesterday.
The real estate market is also feeling the effects of the protests. Apartment viewings dropped 50% because of the unrest, Centaline Property Agency Ltd, the biggest privately held realtor in Hong Kong, said in an email. Prices may show a decline if the rallies last more than a week, the broker said.
The protests — spurred by China’s decision last month that candidates for the 2017 leadership election must be vetted by a committee — pose the biggest challenge to China’s control of the city since British colonial rule ended in 1997.
At the time, the Chinese government pledged to maintain the city’s freedoms under its “one country, two systems” approach. China had endorsed the idea of holding elections in Hong Kong as far back as 1990 with the adoption of the city’s basic law, a type of constitution. As China’s influence has grown within the Hong Kong government, pro-democracy activists stepped up their fight for an open election when the city holds its first vote for chief executive in 2017.

The clashes with police this week were the city’s biggest since unrest in the 1960s led by pro-Communist groups inspired by Mao Zedong’s Cultural Revolution. Police arrested 89 people during the weekend demonstrations, a spokesman said.
The U.S. government supports the aspirations of the Hong Kong people for universal suffrage and called on the authorities to exercise restraint, said White House spokesman Josh Earnest.
U.K. Prime Minister David Cameron’s government said it was important for Hong Kong to preserve rights and freedoms for its people, including the right to demonstrate, according to an emailed statement from the Foreign Office. Taiwan President Ma Ying-jeou, whose government fled after losing China’s civil war, said he supports the Hong Kong people’s pursuit of democracy.
Hong Kong is part of China, and foreign governments should not interfere with its internal affairs, Foreign Ministry spokeswoman Hua Chunying said yesterday.

Posted by Conan Doyle at 7:27 AM No comments:

Inside the Ring: U.S. Flexes B-2 Muscle in Show of Force on China’s Doorstep 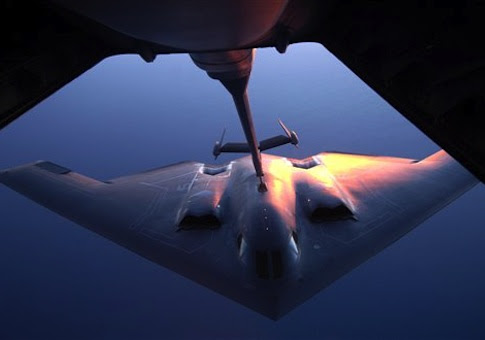 Three B-2 strategic nuclear bombers completed a tour of duty in Guam this week, as tensions remained high between the United States and China over what the Pentagon called a “dangerous” Chinese fighter-jet intercept of a U.S. surveillance plane last week.
“This training deployment demonstrates continued U.S. commitment to global strategic bomber operations throughout the Asia-Pacific region, and exercises the president’s credible and flexible military options to meet national security obligations for the U.S. and its allies,” said Navy Adm. Cecil D. Haney, commander ofU.S. Strategic Command.
Adm. Haney said in a statement that the bombers are intended to send a message to allies and adversaries.
Posted by Conan Doyle at 7:19 AM No comments: