As Maya Angelou famously put it: “When people show you who they are, believe them the first time.”

While Trudeau is taking a somewhat less starry-eyed view of China these days, in 2013, as Liberal leader, he was asked during a “Ladies’ Night” Liberal fundraiser what country he most admired besides Canada.

He responded: “There’s a level of admiration I actually have for China. Their basic dictatorship is actually allowing them to turn their economy around on a dime and say, ‘We need to go green, we want to start investing in solar’.”

After Trudeau became prime minister in 2015, that view was reflected in then environment minister Catherine McKenna, repeatedly, unctuously and absurdly praising coal-powered China as a climate change leader. 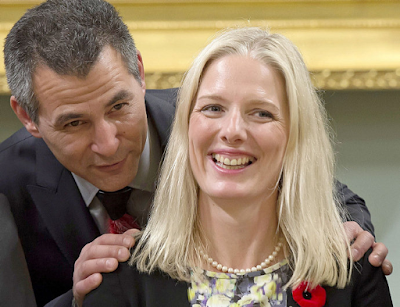 But at least that was before China jailed Canadians Michael Kovrig and Michael Spavor in retaliation for Canada honouring an extradition request from the U.S. for Huawei CFO Meng Wanzhou, by detaining her in Vancouver on Dec. 1, 2018 for a hearing.

It was after that the Trudeau government’s deference to China, which launched a trade war against us over the Meng affair, became bizarre.

Whether it was Small Business Minister Mary Ng happily tweeting about eating PEI-made ice cream in Beijing in July, 2019, or Defence Minister Harjit Sajjan shocking many participants at a Halifax security conference four months later by declaring China was not our “adversary”— it was always the same. 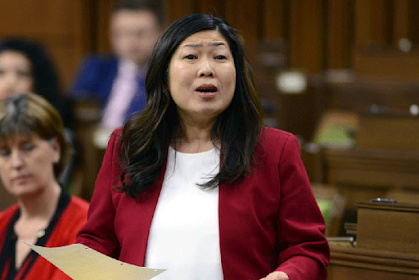 No matter how much China provoked Canada — accusing us of being white supremacists in the Meng affair and threatening the safety of Canadians in Hong Kong if they supported pro-democracy demonstrators — the Trudeau government love for China continued.

Health Minister Patty Hajdu was praised by China when Canada rejected the idea of banning flights from there at the start of the pandemic in Wuhan. 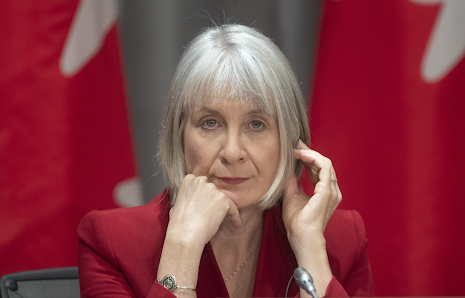 She accused a CTV producer in April, 2020 of “feeding into (Internet) conspiracy theories” for asking if World Health Organization data on COVID-19 death and infection rates could be trusted, amid suspicions China’s data wasn’t reliable.

Undeterred that two weeks later, China suddenly upped the death count in Wuhan, the pandemic’s original epicentre, by 50%, Hajdu continued to defend China’s credibility for months, despite investigations by intelligence agencies and media organizations concluding China initially downplayed the severity of COVID-19 when it might have been possible to contain it within China.

The Trudeau government sent 16 tonnes of scarce Canadian personal protective equipment to China while China was quietly buying up Canadian PPE supplies and shipping them to China.

The Trudeau government contracted with a Chinese company in May to develop a COVID-19 vaccine for Canadians, a deal which fell apart almost immediately, as reported by iPolitics and the Globe and Mail when China refused to allow the export of vaccine samples to Canada, which the Trudeau government didn’t acknowledge until August.

The Conservatives allege that’s why Canada is so far behind other countries in obtaining vaccines, which the government denies.