The Port of Prince Rupert--Aiming For Top Port Status 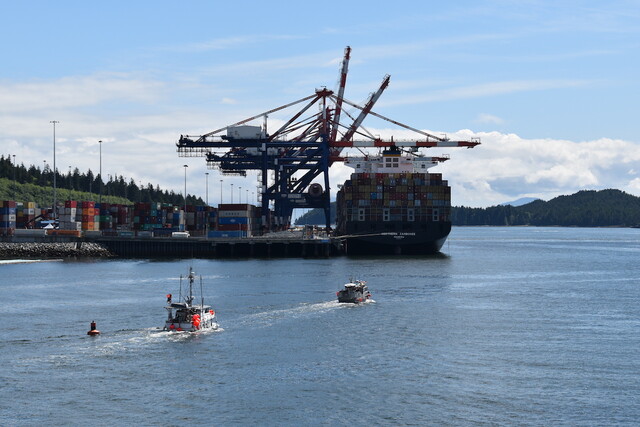 The Port of Prince Rupert is not resting on its laurels.

After posting a record-breaking year for cargo volume in the midst of a global pandemic that wreaked havoc on transpacific container traffic and devastated the global economy, the Prince Rupert Port Authority (PRPA) already has its eyes set on another good year in 2021, with an even bigger milestone just beyond the horizon.

“Prince Rupert’s story is just starting,” Shaun Stevenson, the PRPA’s president and CEO, said at this year’s BC Natural Resources Forum. “We are the third-largest port today in Canada, and we expect to be the second-largest within the next decade. That means more capacity for B.C.’s natural resources sectors and more economic opportunities especially dealing with China.… There’s a great story before us.” 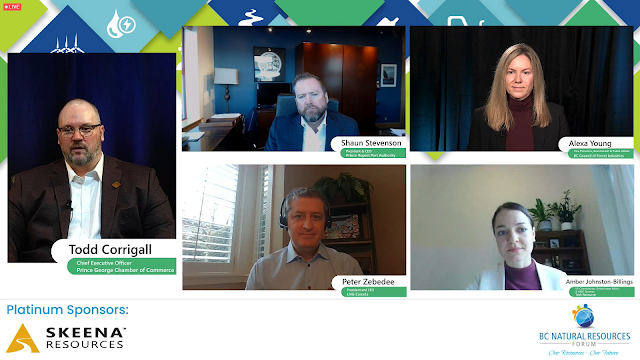 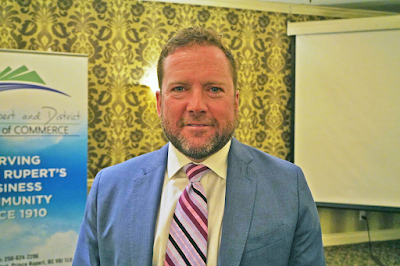 The ambitious goal of making B.C. home to Canada’s two largest ports by the 2030s has a significant foundation upon which to build. Earlier this month, the PRPA announced that 2020’s cargo volumes broke the record set in 2019. The 9% increase pushed the annual figure of cargo handled through port to 32.4 million tonnes. That volume, Stevenson estimated, facilitated more than $50 billion in international trade. It also represents a doubling of annual cargo volume moved through Prince Rupert, which handled 16.5 million tonnes in 2010.

The spike in cargo volume for Prince Rupert in 2020 came despite the fact that it was the year of COVID, which disrupted the transpacific and other major global supply chains in the spring and resulted in semi-lockdowns in the West during the summer that seriously hampered second-quarter consumer demand.

For Prince Rupert the pandemic created challenges in some sectors but opportunities in others. Its cargo volume spike, for example, was driven largely by coal, propane, wood pellets and other bulk exports.

Those increases were mitigated by a drop in container cargo handled at DP World’s Fairview Container Terminal, which was down 6% on the year and as much as 19% in 2020’s second quarter. Passenger volume through the port was hit hard by cruise ship cancellations and declining BC Ferries ridership. It dropped to 25,836 last year from 79,441 in 2019.

But Stevenson noted that increased energy and resources demand in Asia will continue to drive bulk cargo volume through the port in 2021 and will be a key market for the port. That means leveraging Prince Rupert’s deep-sea harbour, its proximity to China's ports compared with other West Coast North American ports and its uncongested connection via rail to the continent’s transportation grid and key freight hubs such as Chicago and Memphis.

Stevenson added that a number of capital projects remain on the near horizon. They include DP World’s recently approved Fairview Terminal expansion and Vopak Pacific Canada’s potential investment in a new bulk storage/marine berth at Ridley Island for liquefied petroleum gas and other fuels.

The increased container port capacity has garnered some attention in Metro Vancouver, as the Vancouver Fraser Port Authority continues its controversial bid to expand its container port capacity at Delta’s Roberts Bank with Terminal 2. Opponents to the $3 billion project point to Prince Rupert’s Fairview as an alternative that would render the Port of Vancouver’s project unnecessary.

But Stevenson was quick to note that the container capacity of both West Coast Canadian ports is needed to maintain Canada’s competitiveness with U.S. ports for transpacific [mostly Chinese] business.

City of Prince Rupert officials got a bit of a look in the mirror last Tuesday when a delegation from Rupert’s sister city in China, Cangzhou, met with them.

A group of politicians and business leaders from the giant port city in China’s province of Hebei shook hands and learned about the ways of life from the quaint port town in northwest British Columbia. 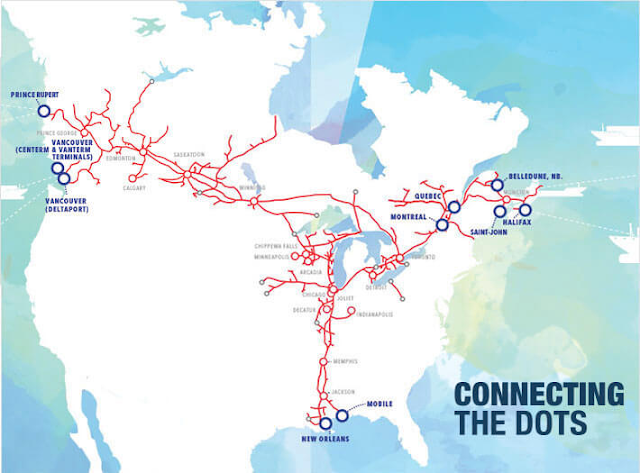 “It was just a more of a ‘get to know each other’ kind of thing than anything,” said city councillor Barry Cunningham last week, who was part of the group that welcomed the Cangzhou visitors.

“They were only here for a day, but they were very impressed with our city from a potential point of view and all the land available and everything.”

The area of Cangzhou has a population of 7.6 million and has a strong industrial and agricultural presence. Fishing is another industry that takes place within the ‘Lion City’, while Chinese martial arts, acrobatics and the performing arts are a constant part of the area’s culture. Mandarin is spoken prevalently in the city and the climate ranges from hot and humid summers, to dry and cold winters.

“They were very professional. They were impressed with the city and [Mayor] Lee [Brain] and I think they were quite surprised with how young our mayor was. I think that’s with a lot of people, but once you start getting into the topics, the ‘young-ness’ disappears quite quickly.”

Cangzhou is one of Prince Rupert’s three sister cities, also including Ketchikan, Alaska and Owase, Japan.

“The delegation consisted of two party secretaries from Cangzhou and the surrounding region, the director of foreign affairs for Cangzhou’s municipal government, a director and assistant from the local Economic Development Office, five business representatives from their industrial district, as well as an interpreter from their local Foreign Affairs office,” explained Veronika Stewart, City of Prince Rupert communications manager on Monday.

“Located to the nearby port city of Tianjin, the delegation from our Chinese sister city came to Prince Rupert as part of maintaining and improving our relationship. In 2011, Prince Rupert sent a similar delegation of councillors, city staff, Chamber of Commerce and port representatives to our sister city with a grant from the province to promote the Asia Pacific Trade Gateway.”