'Name it for what it is': MPs implore PM to label China's treatment of Uighurs a genocide

'Name it for what it is': MPs implore PM to label China's treatment of Uighurs a genocide

OTTAWA -- Federal MPs are making their case to Prime Minister Justin Trudeau to join them in voting to label China’s treatment of the Uighur Muslims a genocide ahead of Monday’s House of Commons vote on the matter.

Speaking on CTV’s Question Period with host Evan Solomon, NDP foreign affairs critic Jack Harris said before Canada evaluates the ramifications of the move, the government must "name it for what it is."

"This can’t go on with impunity and we don’t want to see other nations taking the lead from China, so we have to name it on the international stage for what it is," said Harris.

The Conservatives introduced a motion on Thursday calling for the formal recognition of the situation in China's Xinjiang province as a genocide. The motion is non-binding on the government nor does it lay out what any next steps ought to be.

There have long been reports gathered by journalists and international human rights advocates exposing instances of mass rape, forced sterilization, and torture at China’s "re-education" camps for Uighurs. Irwin Cotler, a former Liberal justice minister said he believes there is enough evidence to conclude China’s conduct equates to that of a genocide – accusations Chinese officials have denied.

Capital Dispatch: Stay up to date on the latest news from Parliament Hill

Conservative foreign affairs critic Michael Chong, told Solomon on Sunday his party is ready to accept the implications of such a label.

"We think everything needs to be on the table; trade, Magnitsky sanctions, economic sanctions. We’re calling on the government to seek the re-location of the next winter Olympics. This should all be party of a big reset of the Canada-China relations."

For the Liberal’s part, they continue to maintain they are "carefully" weighing the decision.

Trudeau dodged questions on Friday about whether he’d allow a free vote on the motion, or whether MPs will have to toe the party line.

"We are of course extremely concerned with the situation around human rights in Xinjiang. We have expressed many times our apprehension and our disagreement with what is going on. We have taken careful note of conclusions drawn by experts around the world, including findings of crimes against humanity and genocide," said Trudeau.

"We’re still reflecting very carefully on the best path forward for Canada and certainly we recognize that moving forward multilaterally will be the best way to demonstrate the solidarity of Western democracies."

In an interview on Sunday’s episode of CTV’s Question Period, Justice Minister David Lametti was similarly non-committal about how cabinet will vote on the motion. 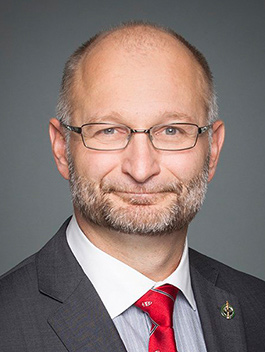 "We are looking at that question right now, certainly what is happening with the Uighurs is of great concern to our government, and to me personally as minister of justice. We are certainly working with international allies but… there are consequences, important consequences, positive consequences to applying the term genocide. So we are studying the matter carefully," Lametti said.

The Bloc Quebecois is also seeking an amendment to the Conservative opposition day motion, wanting to include language about also seeing MPs call on the International Olympic Committee to move the 2022 Olympic Games “if the Chinese government continues this genocide.”

Several MPs from all five major federal parties signed a letter in early February demanding the relocation of the 2022 Beijing Games due to reports of human rights violations.

Liberal MP Nathaniel Erskine-Smith was one of those signatories. He told CTVNews.ca on Friday he wishes his party would be more "forceful" in identifying the situation as a genocide. 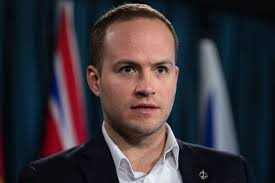 "We should take our cue from someone like Irwin Cotler," he said. "There are just countless individuals that have come forward that it’s impossible to ignore."