China’s troops trained in Canada against which country? 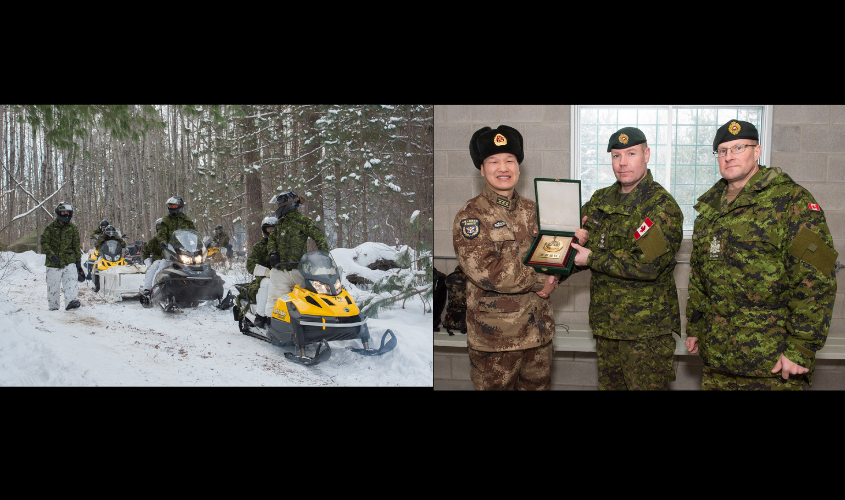 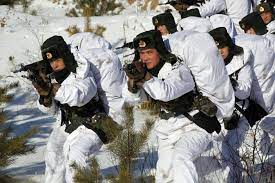 If you haven’t yet read about the scandal of Prime Minister Justin Trudeau allowing China’s communist-led military to train in winter warfare, you’ve got to be living in Chinese-occupied Tibet or inside China’s concentration camps for its Uighur Muslim minority.

The news of Canada cozying up with the Chinese regime and its military was first broken by Rebel News, quoting government documents released to Rebel and also carried by the Globe and Mail.

The report shocked ordinary Canadians who learned their country’s military leadership —  who put a stop to the training —  was at odds with Global Affairs and the prime minister.

For it was Justin Trudeau who had invited China’s People’s Liberation Army (PLA) to send its troops for cold weather training at CFB Petawawa in Ontario — and when Canadian Armed Forces (CAF) cancelled the training following China’s kidnapping of Canadian citizens Michael Spavor and Michael Kovrig, we hear the prime minister ‘raged’ at the Canadian Armed Forces for doing so.

No self-respecting nation would allow its adversaries to trample all over it while holding hostages. Such countries can best be described as putting the ‘state’ into ‘terrorist practices’ and should be faced by courage, not appeasement as British PM Neville Chamberlain demonstrated in front of Adolf Hitler. But even Chamberlain didn’t express veneration of Nazi Germany the way Trudeau expressed admiration of China’s “basic dictatorship.”

It was we who were charmed by his pretty looks and voted for him despite his blackface antics and photo-bombing escapades. The pretty boy in him never matured and we will have to live with a woke PM and an equally woke voter.

The question no one has asked so far is this: What were the Chinese troops training for and against which country? China shares borders with Laos, Myanmar, North Korea, Russia and Vietnam while it faces Japan and Taiwan across the Sea of Japan and the South China Sea. [Or for that matter, the US]

The only countries for which China would require extreme cold weather training are in the south where it has fought India, sparred with Bhutan and sponsored Nepal’s mild hostility towards India.  [Or for that matter, God forbid, Canada itself.]

As far as Pakistan is concerned, China has already taken over that country to build the China-Pakistan Economic Corridor (CPEC) as part of its Belt and Road Initiative.

The timeline of Chinese troops training in winter warfare in Canada and the recent attack by China against India’s Ladakh region, killing 20 Indian soldiers, gives us an idea of who Beijing considers a target in its alliance with Pakistan.

These facts taken in context of Trudeau’s hostility towards India and the Khalistani Sikh vote bank must be taken into account in the bizarre decision to let China’s military train in Canada.

Elsewhere, “Sikhs for Justice” (SFJ) a US-based anti-India Khalistani group with a large following in Canada, has appealed to China for assistance in its secessionist agenda against India.

Headed by Gurpatwant Singh Pannu, Sikhs for Justice was banned by India in 2019 as the group launched its “2020 Referendum” to carve out a separate country called Khalistan.

In a letter to China’s president Xi Jinping, Gurpatwant Singh Pannun of SFJ justified China’s position against India and asked for the extending of China’s support for Khalistani Sikhs.

“We consider China’s counter-military action against India as legitimate and justified to protect its territorial integrity under international laws,” Pannun wrote to Jinping. Pannun urged the Chinese president to take up before the UN Security Council the issue of Sikhs’ right to ‘self-determination and secession’ of Punjab from India through a referendum.

This may appear as a plot from one of John Le Carre’s spy thrillers, except its title would be “The Little Drummer Boy.”

"This is only one of many bombshell revelations in The China Files, a 34-page access to information document released by the Trudeau government to Rebel News, seen below.

"Documents that normally would have been completely blacked out by government censors were instead greyed out — the documents remain completely readable. Rebel News has chosen to black out a very small portion that would otherwise compromise the safety of an individual.

"In April of 2019, Rebel News first wrote to the government asking for any records corroborating a Russian report that Canada had sent a delegation to China for the 70th anniversary celebrations for the PLA Navy — a propaganda exercise held just months after the kidnapping of the two Michaels. The Trudeau government delayed replying to Rebel News for 19 months, but when they finally did, they not only confirmed their attendance at that macabre event, but listed other exchanges between the PLA and the CAF. Those include training Chinese commanders at the Canadian Forces College in Toronto, as well as other military facilities in Kingston. Chinese military participants included 1- and 2-star generals and an entire contingent who would learn Canadian cold weather military tactics.

"The CAF’s decision to cancel the cold weather training panicked Trudeau, who demanded that Canada’s military not cancel any more engagements with the PLA without explicit permission first, and that the news of the cancellation had to be told to the PLA gently, to let them save face.

"Other revelations in the documents that were clearly meant to be redacted include:

"The China Files show that Trudeau’s submissive approach to China isn’t just his personal obsession — it’s the official policy of his entire government and it has deeply infected Canada’s civil service, too. Trudeau’s right-hand man, Ian Shugart, was tasked with silencing the CAF’s legitimate concerns about China, and forcing our military to continue acting as if China, not the U.S., was our most important ally.

"As a public service, Rebel News is publishing the documents in full in the hopes that other reporters will continue to unlock the truth about how Trudeau is turning Canada away from our democratic allies, and towards the world’s greatest dictatorship."