"This is the revolution, the real revolution that is going on in America, and it’s been going on for several years..."

Former FBI Deputy Assistant Director Terry Turchie appeared on Fox News’ “Jesse Watters Primetime” on August 11th, where the raid on Mar-a-Lago was discussed. However, after Turchie voiced his disappointment with the bureau and how they handled the Trump matter, he claimed that the “highest level of government” could very well have been “penetrated by Chinese agents.” 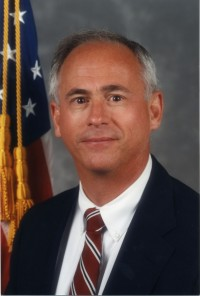 Show host Jesse Watters introduced Turchie to the program, initially asking the former FBI official whether the bureau had any chance of regaining credibility in the wake of the controversial Mar-a-Lago raid. Turchie claimed that it could “take years” for the FBI to do so, noting that the bureau has changed dramatically since the time he was in.

“It’s going to take years if they can get it back…and the sad thing is we use those initials – FBI – but the problem with this is that the FBI that we know of, that I worked for, the FBI that existed as recently as 20 years ago, has been itself transformed. It’s no longer independent at all, and it no longer has agents who will speak up, even if they’re talking to the FBI director and saying, ‘Look, that may not be a good path or a good decision. Perhaps we should consider something different.’

“The FBI I was in was highly agitated when decisions like this came along, and everybody had a voice. And fortunately, we worked in a time when people listened to each other. That’s not happening now.”

Recalling his work in counterintelligence, Turchie believes that with all that has been going on in the country, the “highest level of government”  have been infiltrated by the Chinese.

“But we might have, and I say this very passionately because I also worked counterintelligence for years in the FBI, we may very well have our highest level of government penetrated by Chinese agents – and the evidence is certainly on the surface. And the patterns are there. I worked this stuff. I know what it looks like. And many agents feel this way. And yet, we’re going to go after record retention violations – which are misdemeanors. It really makes you ill, and it’s really made many of us feel very passionate and very sick about what’s going on within the bureau.”

Later on during the interview, Turchie remarked on how many are calling the raid on Mar-a-Lago “unprecedented” in the United States, to which he agreed – but added that this sort of precedent does exist in countries that have been infected with communism.

“This is the revolution, the real revolution that is going on in America, and it’s been going on for several years. The people in power are moving America toward a communist ideology. The people today are all concerned there’s ‘no precedent in America for this.’ Well, no, there isn’t. They’re looking in the wrong place. The precedent is in the Cuban revolution, the Russian revolution, and everywhere a communist government has eventually taken over – they go after their political enemies, and they use the police state mentality to do it.”