The Chinese People’s Liberation Army conducts a long-range live-fire drill into the Taiwan Strait on August 4. Photo: via Reuters

Beijing is using war games and military and diplomatic responses to warn the United States and its allies against closer ties with Taiwan, but has managed to do so without triggering a full-blown conflict, Chinese observers noted.

“US House Speaker Nancy Pelosi’s Taiwan visit [last week] pushed China to kick off a string of counter-attacks and measures against the US and Taiwan, which are all comprehensive and deliberate moves to prevent the US from driving their Taiwan policy to the brink of ‘a Ukraine war’,” Wu Xinbo, dean of the Institute of International Studies at Shanghai’s Fudan University, said.

The day after Pelosi’s departure, the People’s Liberation Army ramped up air and naval drills targeting Taiwan, before launching three days of full-scale, live-fire war games encircling the island that only wound down on Sunday. 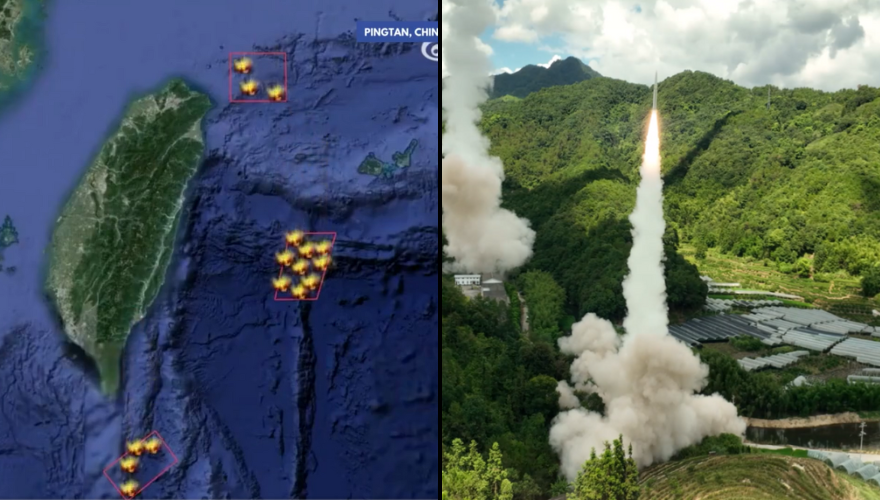 For the first time, the PLA fired ballistic missiles directly over Taiwan and sent drones over the airspace of Quemoy, Taiwan-controlled islands just off the mainland also known as the Kinmen.

On Monday, the PLA announced that war games around Taiwan would continue, with a new focus on anti-submarine and air-to-ship strikes.

A series of military drills in the northern Bohai and Yellow seas near Japan will also take place in the coming weeks.

“All these are unprecedented military operations, or a crisis aimed at sending a warning message to the US and its key allies in the region like Japan and Australia not to intervene in the Taiwan issue,” Wu said.

Beijing has also cancelled bilateral dialogues between Chinese and US military theatres and defence ministries, as well exchanges on maritime military safety, as part of its reaction to Pelosi’s “provocative” visit last week. 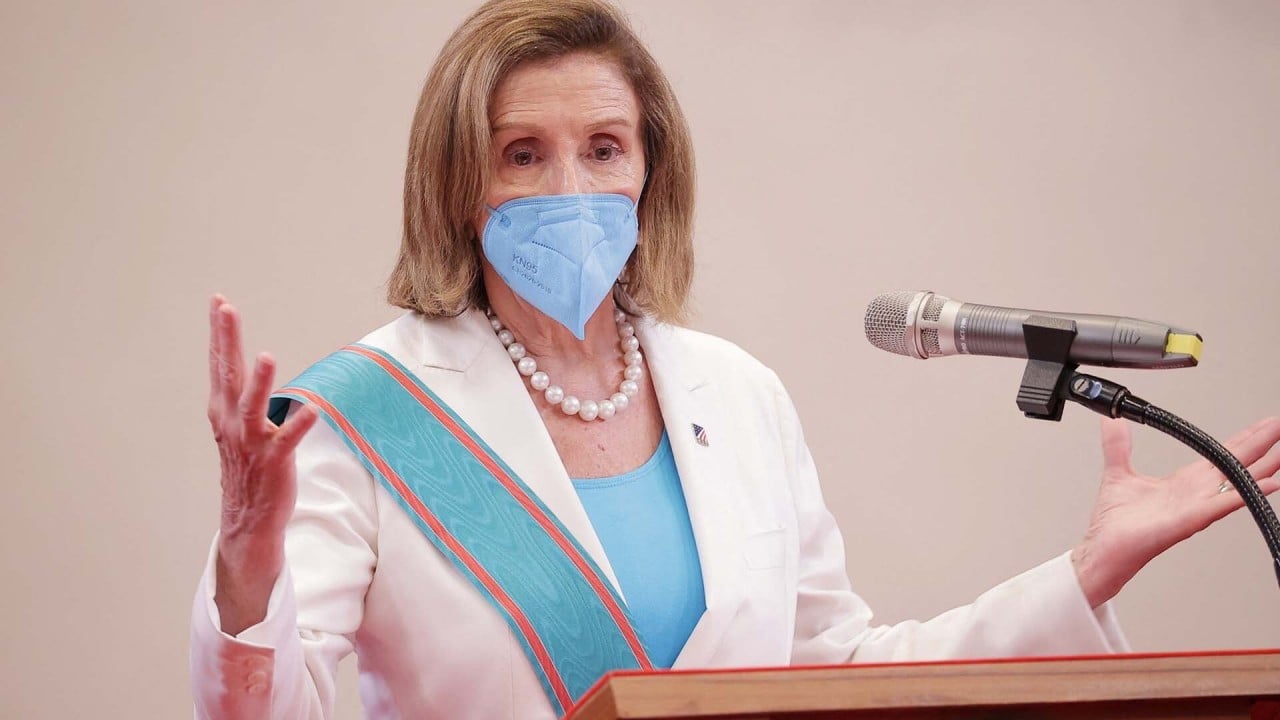 Beijing is aware that “defending Taiwan in the event of a contingency” is becoming “a mainstream opinion” among Americans, Wu said, pointing to the US Congress proposing legislation on the Taiwan issue, and the administration of Joe Biden also mulling over plans for closer military, diplomatic and economic ties with Taipei.

“Since [former US president] Donald Trump’s era, the US has been pushing the envelope on the Taiwan issue with ‘salami-slicing’ tactics, I think only ‘a crisis’ would compel the Americans to take Beijing’s deep concerns over Taiwan seriously,” he said.

However, the military drills were also aimed at testing the PLA’s real combat capability, Wu noted.

“Unlike their American counterpart, the PLA has not taken part in a war for decades,” he said. “Beijing has carefully weighed the pros and cons of these countermeasures.”

A source close to the Chinese military said bilateral communications between middle-level officers might still continue, and were likely to help prevent any escalation of the crisis.

‘Beijing will not be reckless’: tensions over Taiwan not seen to boil over

Lu Li-shih, a former naval instructor at Taiwan’s Naval Academy in Kaohsiung, said the continuing PLA drills were aimed at exhausting the island’s navy in a new “war of attrition”.

“The absolute comparative advantage of the PLA will further exhaust the Taiwanese navy if the PLA keeps sending warships to Taiwan’s coastline.”

Macau-based military observer Antony Wong Tong said the PLA strategy to blockade almost all the air and sea routes into Taiwan would provide Chinese troops with valuable reference and experience, as the PLA was likely to normalise the “game”.

“The island blockade game would leave the US and its allies at their wits’ end, and push Taiwan to bend without a fight,” Wong said.

The PLA Rocket Force was mobilised in last week’s three-day drill, with the firing of 11 Dongfeng series missiles, including the DF-11 and medium range DF-15B missiles.

The PLA is spearheading efforts to develop the DF missiles, including the DF-5B intercontinental ballistic missiles with a range up to 15,000km (9,320 miles) and capable of hitting the American continent, as well as new advanced hypersonic DF-27 and DF-100 anti-ship cruise missiles.

“All the Dongfeng series missiles are capable of delivering nuclear warheads to hit the American warships and territory, meaning the PLA is playing nuclear deterrence to warn the US step by step,” said Andrei Chang, editor-in-chief of Canada-based military magazine Kanwa Asian Defence.