The Black Eagles aerobatic team of South Korea made a quick stopover in southern Taiwan on August 18 after performing an air show in the Philippines.

According to the Liberty Times, the South Korean air force’s Black Eagle aerobatic team, flying the T-50 trainer aircraft, arrived at Kaohsiung International Airport in the city’s Xiaogang District around 11 a.m. on August 18.

The group had finished a performance in the Philippines and had flown to Taiwan for a four-hour layover. The team’s ground staff and equipment were first carried by a C-130 transport aircraft. Then, six T-50B Black Eagle jets arrived one after the other.

The aircraft took off again for Seoul after refueling at Kaohsiung International Airport. According to military experts cited by UDN, the South Korean team opted to refuel in Kaohsiung because the flight from Manila to Seoul was outside the T-50 aircraft’s range.

However, Taiwan’s military declined to provide many details, stating that all foreign military aircraft stopover flights to the country are accommodated under the law. 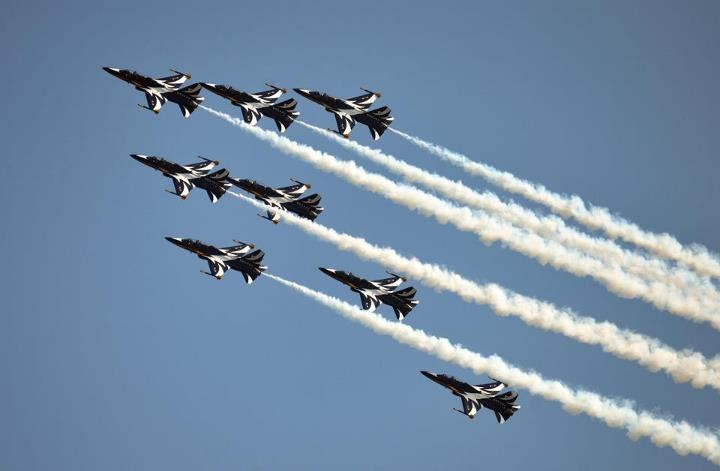 Even so, early that morning, vast numbers of military and aviation enthusiasts gathered at the finest viewing locations around the airport in anticipation of catching a sight of the team’s KAI T-50B Golden Eagles, an aerobatic aircraft developed by Korea Aerospace Industries (KAI) and Lockheed Martin.

As part of their year-long world tour, the group has been performing over the skies of the UK, Poland, and Egypt. The “Black Eagles” Aerobatic Team last stopped in Taiwan for refueling before going to the Singapore Airshow in 2018.

The team also landed in India for refueling and maintenance a few days ago.

Meanwhile, the German Air Force is also planning to fly near Taiwan in September after they complete their multi-country assignment in the Indo-Pacific region.

In the largest overseas deployment of German military aircraft since World War II, the German air force deployed fighter jets to Asia for the first time on August 16 to participate in exercises in Australia.

This comes at a time when tensions in the Taiwan Strait are high due to the People’s Liberation Army (PLA) incursions across the median line following a visit by US House Speaker Nancy Pelosi on August 2-3.

According to Ingo Gerhartz, the head of the German air force, the fighters won’t cross the Taiwan Strait and would “barely touch” the South China Sea since they would stay on international lines.

“The South China Sea, Taiwan — these are obviously the sticking points in the region,” said Gerhartz in reference to the jets’ flight path passing close to Taiwan. He subsequently denied “sending any threatening message towards China” by taking part in the military drills in Australia.

The Black Eagles aerobatic team, formally known as the 53rd Air Demonstration Group, was formed in 1967, disbanded in 1978, resurrected in 1994, and disbanded again in 2007.

In 2009, the squadron was again re-established. The squadron was given the current complement of T-50B Golden Eagle aircraft, which have fuselages adorned in black, yellow, and white.

The ROKAF aerobatic team is based in Gangwon Province and has participated in numerous airshows and ceremonies worldwide. Black Eagles pilots fly T-50B aircraft during air displays. 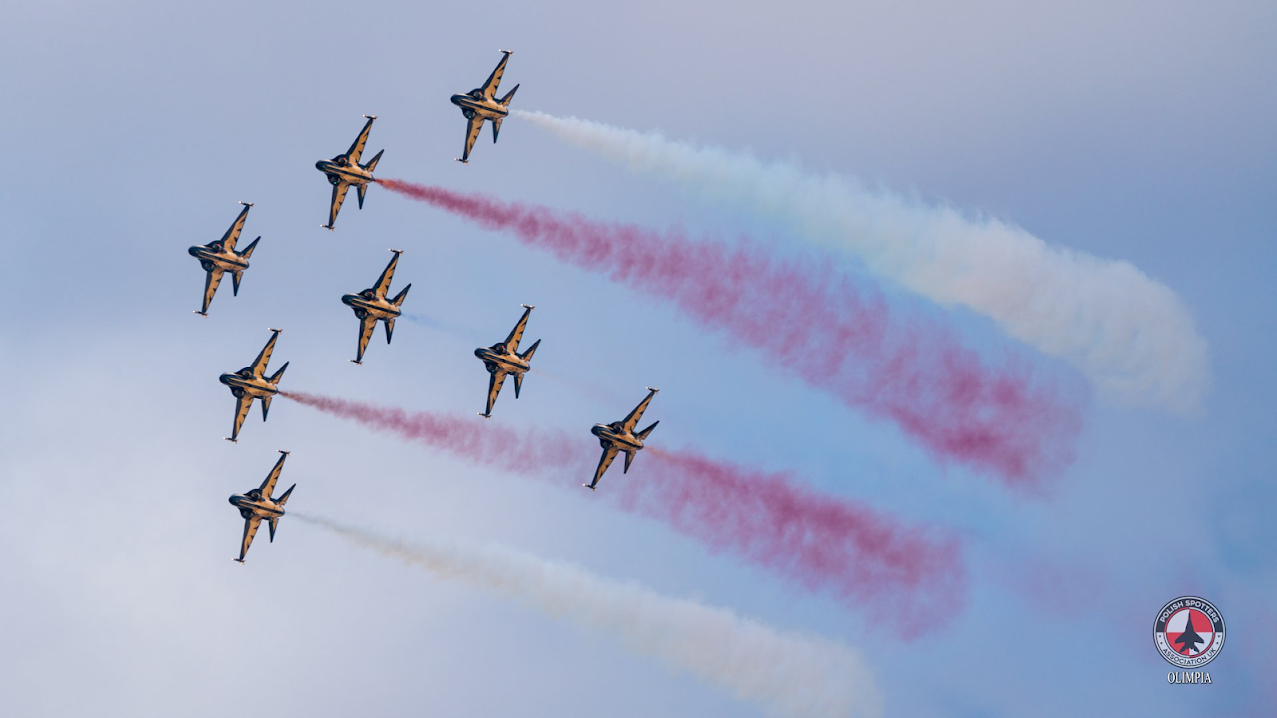 “The last time we had an international (aerobatic) team in the country was 33 years ago—the Red Arrows (UK) that were hosted at the Villamor Air Base. We’re glad we have the Black Eagles coming in,” Philippine Air Force spokesperson Col. Maynard Mariano said.

However, due to the adverse weather, the aerobatic team could not do some maneuvers, including loops, turns, and barrel rolls.

Only eight of the 24 formations and maneuvers that were initially planned, according to ROKAF Black Eagles Squadron Commander Kyu-Yong Shim, were executed.

The planes are among the twelve FA-50s purchased from South Korea by the Philippines under the administration of former President Benigno Aquino III. The aircraft were delivered beginning in November 2015 and finished in May 2017.