ABC Investigations can reveal Chow Tai Fook and associated companies have been linked to Chinese organised crime for decades.

One of these companies is still in business with a long-time associate of a notorious Macau gangster, Wan Kuok Koi, also known as "Broken Tooth". 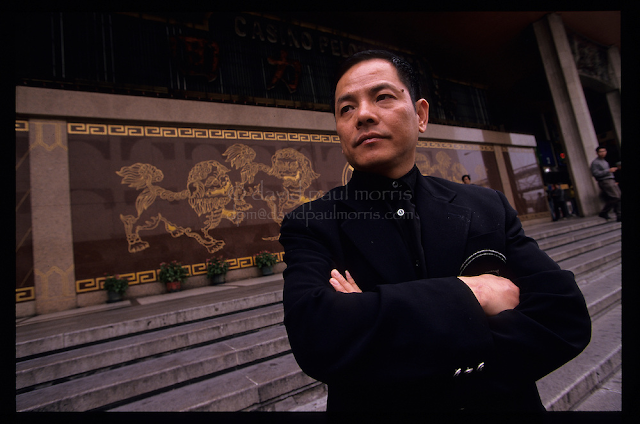 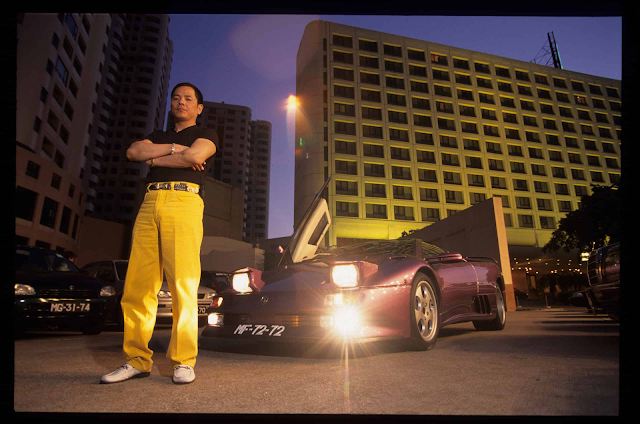 Cheng corporate vehicles remained a partner in a Vietnam casino with a company founded by Alvin Chau, the man widely regarded as "Broken Tooth" Koi's protege, even after Mr Chau's arrest on 286 criminal charges in Macau last November. 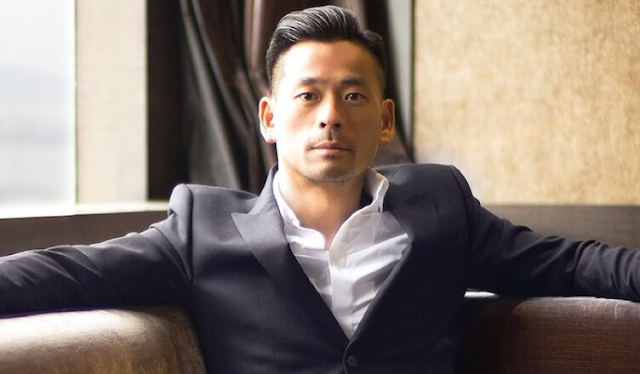 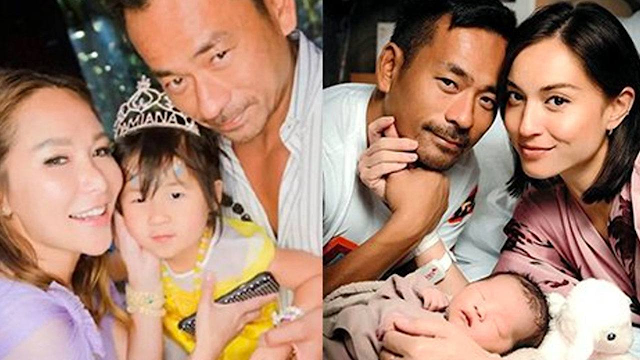 The company's chequered history includes a role in a failed Australian casino bid with discredited gambling tycoon Stanley Ho and interests in his companies, which have been blacklisted in New South Wales. 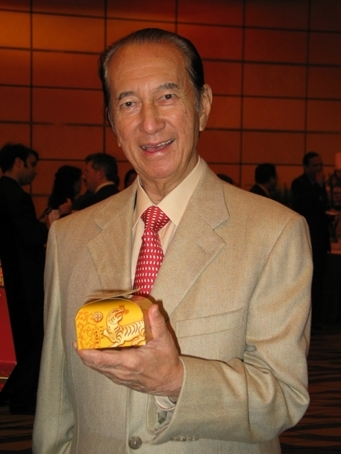 The revelations come on the eve of the Gotterson Inquiry in Queensland, which from Tuesday will probe allegations Star turned a blind eye to money laundering and criminal infiltration in the sunshine state.

The Palaszczuk government allowed Chow Tai Fook to become a major shareholder in the casino despite laws prohibiting business associations with anyone of ill-repute or "undesirable" financial sources. 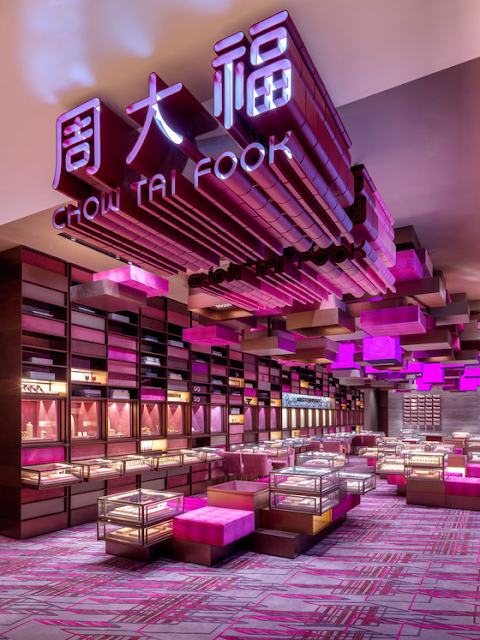 "We have to have clean owners and clean operators if we're going to have clean casinos," Chris Sidoti, a former chairman of the NSW's independent casino regulator, said.

Chow Tai Fook did not respond to ABC questions.

Queensland Attorney-General Shannon Fentiman, who is in charge of the Queensland casinos regulator, said the connections raised by the ABC were "incredibly concerning".

"Any of this new information that comes to light will absolutely be investigated."

The beginning of a dynasty

The late Cheng Yu Tung built his family's fortune on jewellery shops and property developments before he partnered with Macau casino king Stanley Ho in the early 1980s. 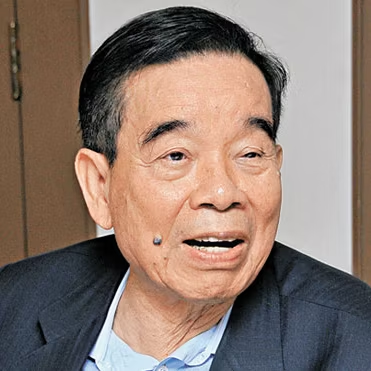 Through Ho's gaming operations, the two magnates and friends enjoyed a licence to print money.

Ho died in 2020, but his pivotal role in building Macau's casino empire means hundreds of billions in gambling revenue has flowed through the former Portuguese colony since 2002.

Chinese VIP high-rollers traditionally play on credit but, because gambling is illegal in mainland China, bad debts cannot be chased up through the courts.

Instead, casino operators were known to turn to organised crime syndicates who regularly used violence and blackmail to recoup money owed, in exchange for a cut of the profits.

When Cheng Yu Tung and Ho opened their Macau VIP rooms, they used the 14K and Sun Yee On Triads as debt collectors. This partnership opened the door to loan sharking, violence, prostitution and drug trafficking.

Among the gangsters who got rich was 14K leader "Broken Tooth" Koi, who Macau prosecutors alleged held an $8 million stake in a VIP room owned by Cheng and Ho.

The Asian mobsters were cashed up, audacious and murderous. A decade-long turf war culminated in the slaying of a Macau gaming official and the firebombing of a police chief's car in 1998.

"Broken Tooth" Koi was put in cuffs hours later by the very police chief whose car was set ablaze. The crime boss's arrest meant he missed the premiere of Casino, a gangster flick inspired by his life.

Released from prison in 2012, the Triad crime boss is currently under US government sanctions for alleged corruption, bribery, and the "misappropriation of state assets".

During the 90s, Cheng Yu Tung appeared on the radar of authorities in Canada, where he owned a stake in an oil and gas company with Ho. 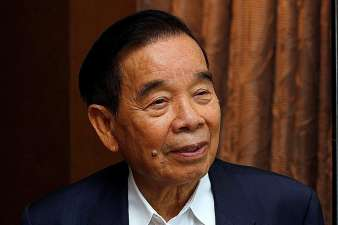 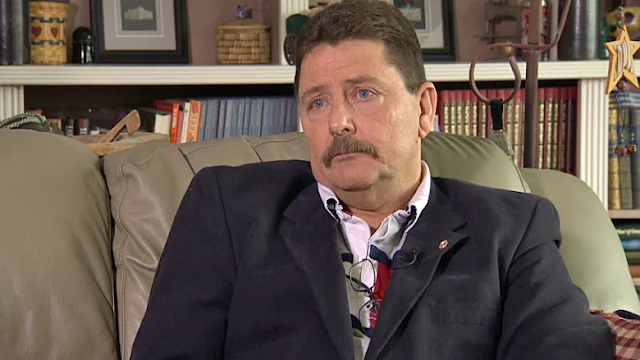 Mr Clement recalled being introduced to the jewellery tycoon at an event at the Canadian High Commission in Hong Kong.

"He looked at me, turned and walked away, never shook my hand … he obviously knew who I was and what I was doing," Mr Clement told ABC Investigations. 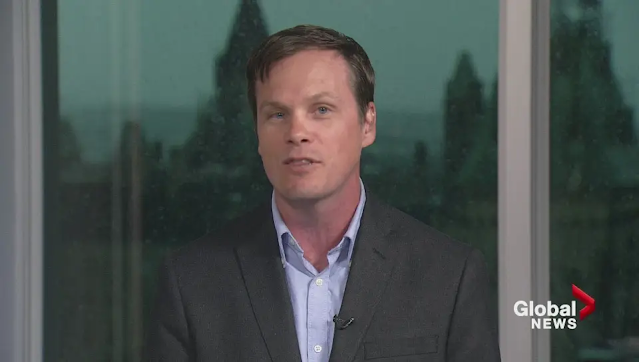 It said Chow Tai Fook's stake in STDM put Cheng in "direct partnership" with Yip Hon, a property mogul who was named in US government reports as an organised crime figure and Triad member. 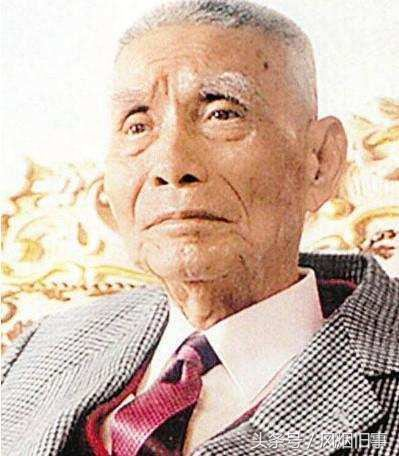 Hong Kong police contacts also suspected Cheng Yu Tung's company New World, a Chow Tai Fook subsidiary, was being used as a front for money laundering. The brief cautioned there was no definitive proof, but noted the company headquarters was "frequently the venue for meetings involving well-known Triad figures".

The Canadians weren't the only ones concerned by organised crime links.

A 2009 report by the New Jersey Attorney-General highlighted credible intelligence that Cheng Yu Tung had established a casino VIP room that was "notorious for Triad activities".

The New Jersey report also noted intelligence linking an associate of the patriarch's son, Henry Cheng, to organised crime, and that American casino executives had "reservations about Henry Cheng as a partner". 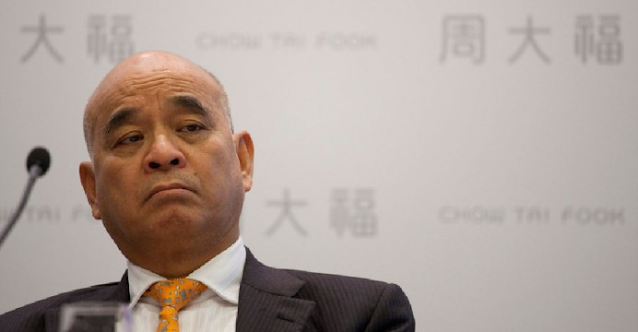 The ABC is not suggesting Henry Cheng or Chow Tai Fook are engaged in criminal activity, but these matters raise important public interest questions about Chow Tai Fook's suitability as a Queensland casino owner.

In 2014, the company forged a new relationship with Alvin Chau, who was every bit as flamboyant as his reputed mentor, "Broken Tooth" Koi, but even wealthier and more powerful.

Mr Chau wore leather pants to business meetings and his affair with a Malaysian starlet was fodder for the paparazzi.

In a 2017 email to Crown casino, Australia's financial crime agency, AUSTRAC, noted Mr Chau also had a "substantial criminal history". The email was tendered in the Bergin Inquiry in 2020.

He is currently awaiting trial for 286 criminal charges including money laundering, fraud and criminal associations. 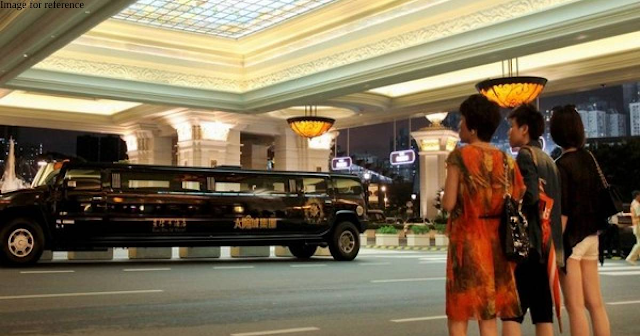 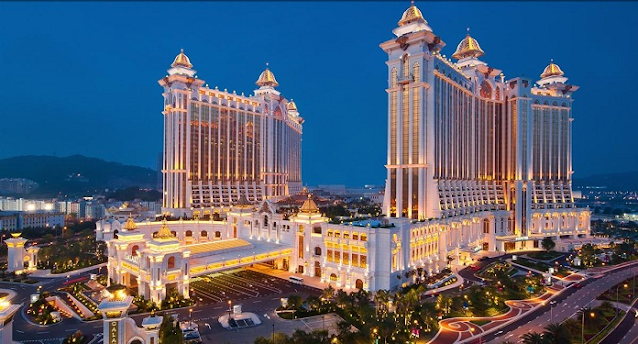 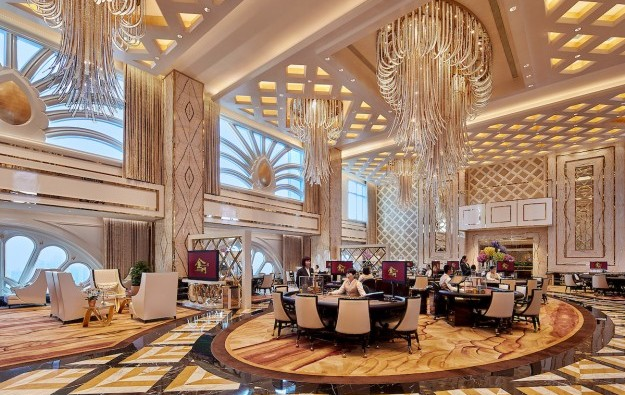 He and Chow Tai Fook were interested in forging ties but talks of a Cheng company taking over Suncity for nearly $US1 billion were put on hold in 2014.

They eventually struck a deal to build a casino in Hoiana, a seaside resort in Vietnam, valued at almost $2 billion more than Brisbane's Queen's Wharf.

Their partnership was kept discreet, however.

Chow Tai Fook companies retained their stake in the project, alongside Suncity, even after Chau's arrest last November.

Star, meanwhile, which has allowed Suncity junkets to operate in its Australian casinos, has known for years about Suncity's criminal associations.

Star executives were sent the report, which also contained the information that Australian law enforcement suspected Suncity had laundered up to $2 million a day, much of it drug money.

According to one Star executive in a 2018 email to colleagues: "Alvin Chau (CEO of Suncity) has a direct influence with our partners CTF [Chow Tai Fook]."

A spokesperson for The Star told ABC Investigations: "Out of respect for reviews of The Star that are continuing in Queensland and NSW, we have no comment at this time."

Decades before the Palaszczuk government approved Chow Tai Fook's stake in Queen's Wharf, Cheng family companies had failed to demonstrate they were fit to operate in Australia's casino industry.

New World, a company in the Chow Tai Fook group, joined Stanley Ho's 1987 bid for the Darling Harbour Casino licence in Sydney, which was eliminated from the process after probity checks.

The NSW opposition leader at the time told media the state police board had been unable to clear the bid as "squeaky clean".

In 1993, New World pulled out of a bid for a Sydney casino licence. Media reports at the time claimed this was because New World baulked at the probity vetting it was required to satisfy.

When Stanley Ho was banned from the NSW casino industry in 2014 for his organised crime associations, the Cheng family had corporate and board interests in three of his blacklisted companies.

The Cheng business empire's losing streak in Australia finally ended in 2015, when its interest in the Queen's Wharf project was given the green light by the Palaszczuk government.

At the time, Annastacia Palaszczuk insisted "there were thorough probity checks every single step of the way".

"There was an independent panel that made the recommendation to cabinet, which cabinet today has endorsed," Ms Palaszczuk said.

Former Queensland auditor-general Len Scanlan, appointed probity adviser on the project by the former Newman government, said he was blindsided by revelations uncovered by the ABC. 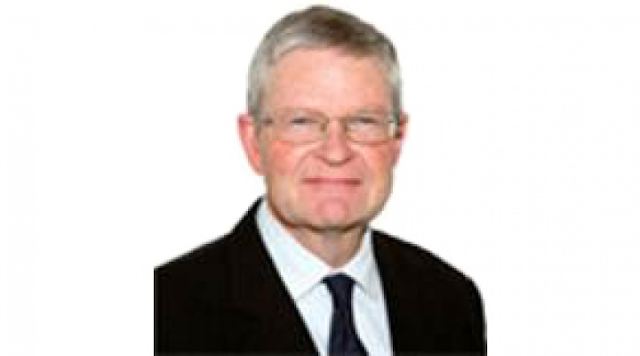 He said no one told him of these organised crime associations or the Cheng companies' use of tax havens.

"I have no recollection of those. It is news to me," he said.

Asked if it would have raised concerns, Mr Scanlan said: "I think my record speaks for itself on that score.

"I think it would have been [a red flag] for anyone, to be honest."

Attorney-General Shannon Fentiman said the ABC's revelations warranted a fresh investigation of Chow Tai Fook's suitability as a casino owner by the office of Liquor and Gaming Regulator (OLGR). 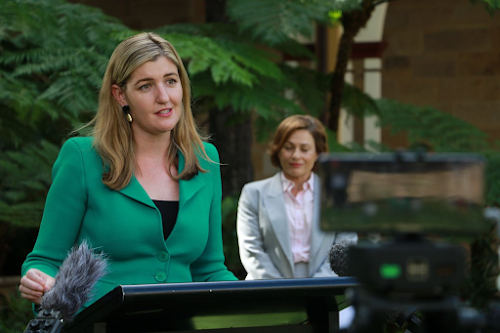 "Look, it's incredibly concerning to me as the minister and I think any of this new information that comes to light will absolutely be investigated," she said.

She said she expected the Gotterson inquiry to "thoroughly go through all the operations of the casinos here in Queensland, but also their close associates, such as Chow Tai Fook".

Ms Fentiman said in the original investigation from 2014, OLGR officers had travelled to Macau and "worked very closely with the Hong Kong police, other international regulators and also sought advice from the New South Wales and Queensland Police".

Despite what the ABC has uncovered, Ms Fentiman said she was advised that the investigations into Chow Tai Fook were "extensive" and found the company suitable as a casino owner.

'We just had Yum Cha today'

ABC Investigations can also reveal that a subsidiary of the Brisbane casino co-owner is in business with an associate of longstanding crime boss "Broken Tooth" Koi.

Ao Ieong Lok Hei, a director in the gangster's charity at the height of Macau's Triad wars, now sits on a board with Conroy Cheng, Henry Cheng's nephew.

A company part-owned by Mr Ao leong and a Chow Tai Fook company are both shareholders in the business, China Diamond and Jewel Exchange (Macau) Company Limited. 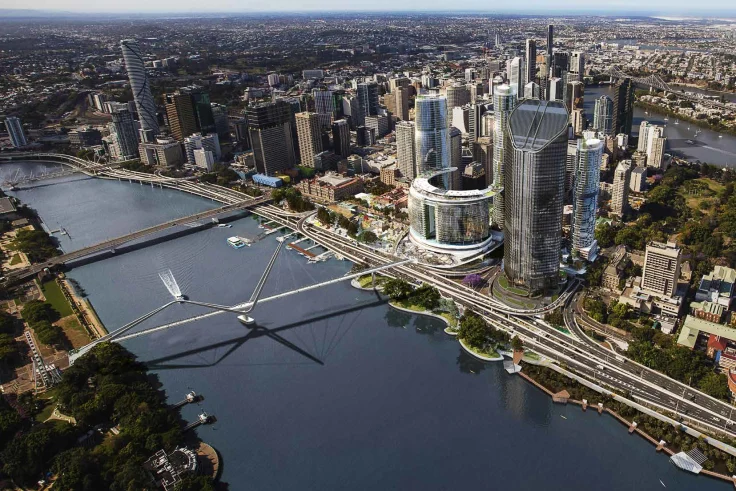 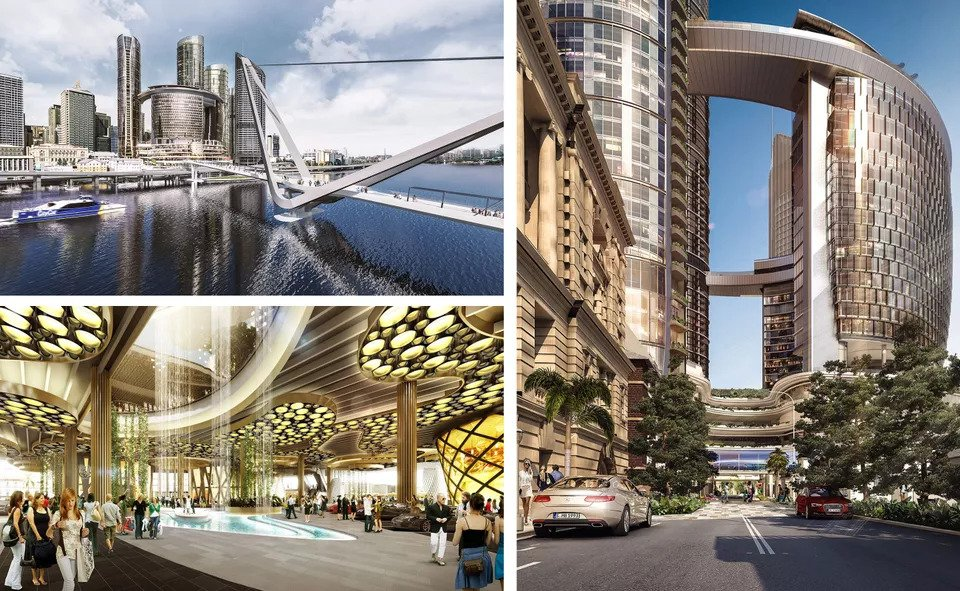 Soon after "Broken Tooth" Koi was released from jail in 2012, Mr Ao Ieong transferred some shares in another company to the gangster.

It was a company that Mr Ao Ieong established at a luxury waterfront Macau address he said was now owned by "Broken Tooth" Koi's son.

The ABC has uncovered no evidence of any wrongdoing on Mr Ao Ieong's part. He told the ABC he was a Macau businessman who had known "Broken Tooth" Koi for more than 30 years and they did property deals together in the 1990s.

"We are still in touch with each other. We meet often. We just had Yum Cha today [August 2] during lunchtime," he told ABC Investigations.

"We are friends. But we don't have any business connections or cooperation anymore."

On Tuesday, Star's licence will be on the line as the Gotterson inquiry examines its operations at The Star Gold Coast and Brisbane's Treasury Casino.

Former Queensland premier Campbell Newman, whose government initiated the Queen's Wharf process in 2013 before being voted out, said Chow Tai Fook's connections to Triads were never raised with him and he "wouldn't have put up with this stuff … no way". 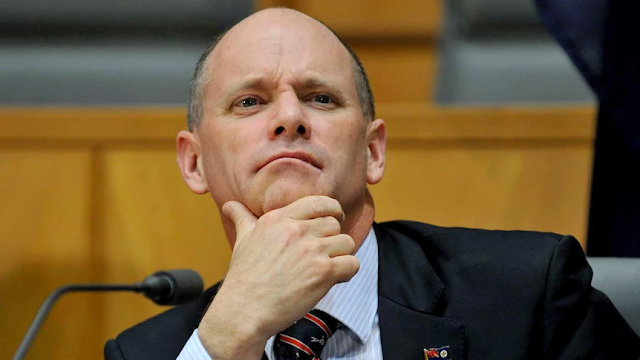 "The Newman government should have been made aware and the Palaszczuk government frankly shouldn't have made the decision they've made because these things were there and they're discoverable," he said.

"I'm quite prepared to say I believe the process was tainted."

In response to ABC Investigation's findings, Mr Newman said the "revelations I am now seeing are appalling".

"You've revealed a whole lot of other potential problems in terms of the offshore proponent," Mr Newman said.

"It disturbs me that both in Queensland and interstate, regulators have not got to the bottom of these things.