BEIJING (AP) — A Chinese-born Canadian tycoon who disappeared from Hong Kong in 2017 was sentenced Friday to 13 years in prison for a multibillion-dollar string of financial offenses and his company was fined $8.1 billion, a court announced.

Xiao Jianhua was convicted of misusing billions of dollars of deposits from banks and insurers controlled by his Tomorrow Group and offering bribes to officials, the Shanghai No. 1 Intermediate People’s Court said on its social media account. 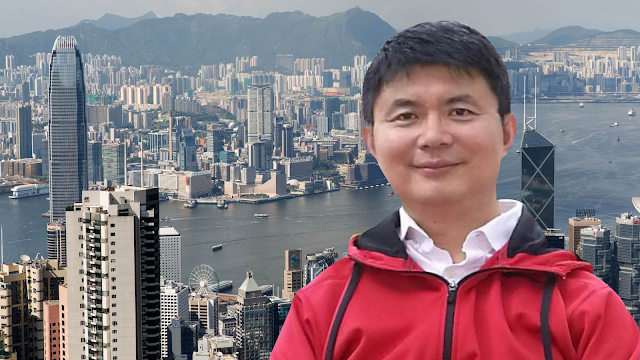 Xiao was last seen at a Hong Kong hotel in January 2017 and was believed to have been taken to the mainland by Chinese authorities. News reports later said he was under investigation by anti-graft authorities, but no details were released.

The Canadian government said diplomats were blocked from attending his July 5 trial.

“The lack of transparency in Mr. Xiao’s legal process is very concerning, as is the ongoing lack of consular access which prevents us from being able to assess his wellbeing,” said Patricia Skinner, spokeswoman for Global Affairs Canada.

Xiao was deemed to be a Chinese citizen, which meant he wasn't entitled to see Canadian diplomats under a consular treaty between the two governments, Foreign Ministry spokesperson Wang Wenbin said.

That suggested Xiao might have entered the mainland using a Chinese travel document instead of his Canadian passport. Beijing has in other cases refused diplomats access to citizens of their countries who entered using Chinese identity documents.

“China does not recognize Chinese citizens with dual nationality. Xiao Jianhua has Chinese nationality,” Wang said. “He does not enjoy the right to consular protection of other countries.”

The Canadian Embassy in Beijing referred a request for comment to the Canadian government in Ottawa.

Tomorrow Group has been linked to a series of anti-corruption prosecutions and seizures of financial companies by regulators.

Xiao vanished amid a flurry of prosecutions of Chinese businesspeople accused of misconduct.

That fueled speculation the ruling Communist Party might be abducting people outside the mainland. Hong Kong at that time prohibited Chinese police from operating in the former British colony, which has a separate legal system.

Since then, Beijing has tightened control over Hong Kong, prompting complaints it is violating the autonomy promised when the territory returned to China in 1997. The Communist Party imposed a national security law in Hong Kong in 2020 and has imprisoned pro-democracy activists.

Hong Kong police investigated Xiao’s disappearance and said he crossed the border into the mainland. An advertisement in the Ming Pao newspaper in Xiao’s name the same week denied he was taken against his will.

At the time of his disappearance, Xiao was worth nearly $6 billion, making him China’s 32nd wealthiest person, according to the Hurun Report, which follows the country’s wealthy.

A retired bank regulator, Xue Jining, admitted taking 400 million yuan ($62 million) in bribes in a corruption case linked to Baoshang Bank Ltd. in the northern region of Inner Mongolia, which regulators seized from Tomorrow in 2019.

A Shanghai court on Friday sentenced Chinese-Canadian billionaire Xiao Jianhua, who has not appeared in public since 2017, to 13 years in prison and fined his conglomerate Tomorrow Holdings 55.03 billion yuan ($8.1 billion), a record in China. .

According to the First Intermediate Court of Shanghai, Xiao and Tomorrow Holdings were charged with illegally siphoning government deposits, treason in the use of entrusted property, as well as illegal use of funds and bribery.

He added that the punishment was reduced because both admitted their crimes and cooperated in recovering illegal proceeds and damages.

The court said that Xiao and Tomorrow “gravely violated the financial management ordinance” and “damaged the financial security of the state”, while the magnate was fined an additional 6.5 million yuan for these crimes.

The court said that between 2001 and 2021, Xiao and Tomorrow transferred more than 680 million yuan of shares, real estate, cash and other assets to government officials in order to avoid financial supervision and obtain illegal benefits.

The court said that since 2004, Xiao and Tomorrow have controlled several financial institutions and Internet financial platforms, including the bankrupt Baoshang Bank, through several layers of indirect shareholders and anonymous owners.

It says that Xiao used illegal proceeds to acquire financial institutions, trade in securities, and overseas investments. But he acknowledged his attempts to make amends.

“Xiao Jianhua took laudable actions, so he was given a reduced sentence in accordance with the law,” the report said.

Asked about Xiao’s right to access the consulate as a Canadian citizen, Chinese Foreign Ministry spokesman Wang Wenbin said at Friday’s briefing that Xiao is not entitled to such rights because Chinese law does not recognize dual citizenship. 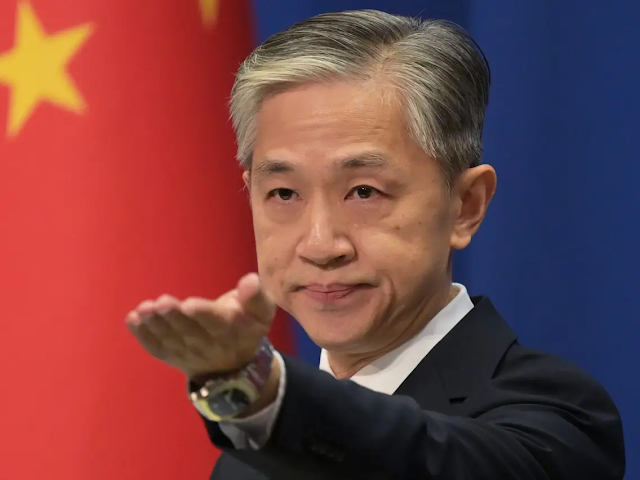 Foreign Affairs Canada said it was aware of media reports of the verdict and its officials would be monitoring the case and seeking consular access.

“The lack of transparency in Mr Xiao’s legal process is very worrying, as is the continued lack of consular access, which prevents us from assessing his welfare,” the statement said.