Meet the top-lobbied political gatekeepers in 2018

Who is this Chin character?

The most-lobbied staffers last year worked on money files like innovation and finance, as well as the environment, a hot-button issue legislatively. 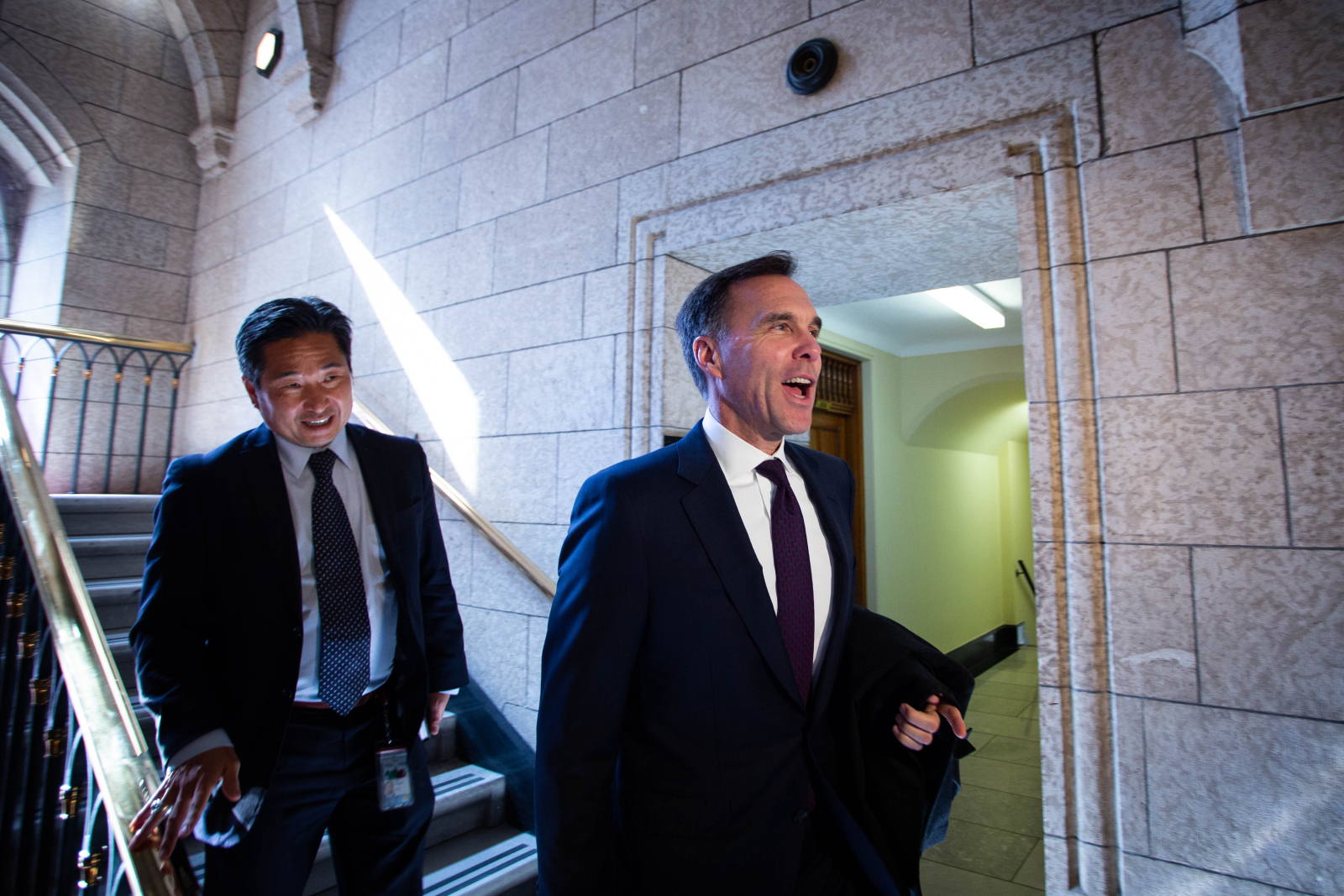 Mr Chuckles'a'Lot, seen with some unsavoury characters
Posted by Conan Doyle at 3:17 PM No comments: Links to this post

China Threatens Canada, What Will Boy'Trudeau Do? 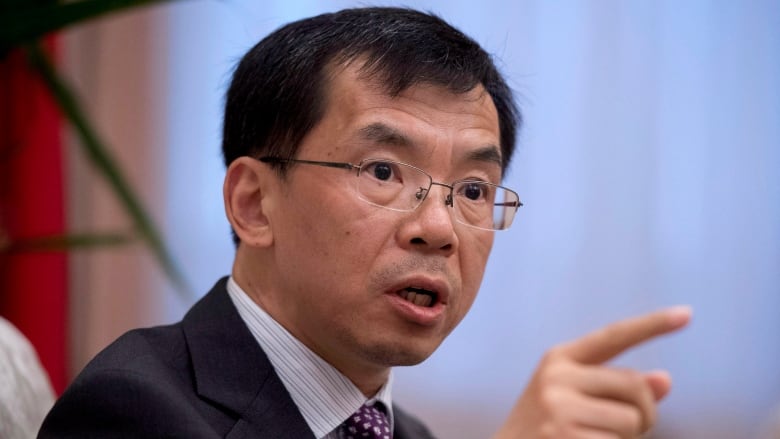 OTTAWA (Reuters) - China’s envoy to Canada on Thursday warned Ottawa there would be repercussions if it banned technology firm Huawei Technologies Co Ltd [HWT.UL] from supplying equipment to Canadian 5G networks, the latest defensive fit from China in an ever- deepening bilateral dispute. 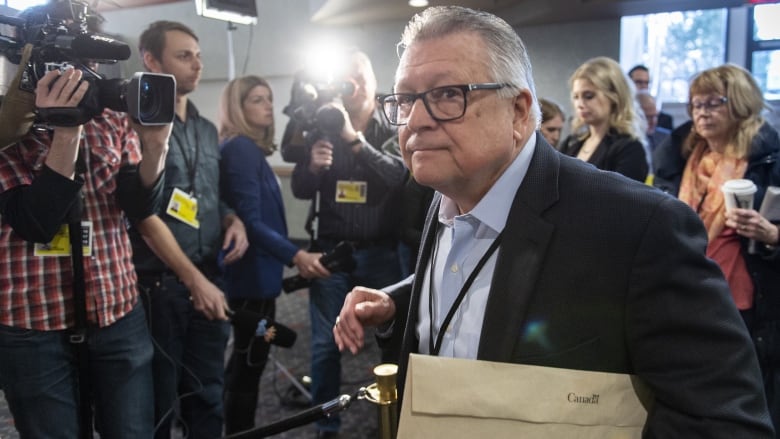 *Canada's Fearless Hero Ralphie'Boy Seen Hard At Work....Dodging Questions, And Missing Naptime!
Ambassador Lu Shaye, speaking at a news conference, did not give details. Canada is currently studying the security implications of 5G networks, but unlike some allies has not announced Huawei equipment will be excluded.
“If the Canadian government does ban Huawei from participating in the 5G network, then as for what kind of repercussion there will be, I’m not sure, but I believe there will be repercussions,” Lu said through an interpreter, urging Ottawa to “make a wise decision on this issue”.
Relations between China and Canada turned frosty last month after Canadian authorities arrested Meng Wanzhou, chief financial officer of Huawei, on a U.S. extradition request.
China subsequently detained two Canadian citizens, and this month a court retried a Canadian man who previously had been found guilty of drug smuggling, and sentenced him to death.
Prime Minister Justin Trudeau accused Beijing of arbitrarily using the death penalty and called world leaders to solicit their support.
Lu said when Canadian Foreign Minister Chrystia Freeland went to the World Economic Forum in Davos next week she should avoid “microphone diplomacy” and not try to rally support.
“If Canada has a sincerity of resolving these issues, then Canada will not do such things. We hope Canada thinks twice before making any actions,” he said.
In response, Freeland said Canada had no intention of changing its approach.
“We will continue to speak every day with our allies about this situation,” she told reporters on the sidelines of a cabinet retreat in Sherbrooke, Quebec.
Trump, Kim leave Hanoi with no deal
She declined to give details about the review into 5G technology. A Canadian source directly familiar with the case said the study would not be released in the immediate future.
Huawei has a relatively small Canadian operation, employing just shy of 1,000 people. But the company said early this year it had become the 25th largest research and development funder in Canada, thanks to partnerships with local universities.
On Wednesday, a bipartisan group of U.S. lawmakers introduced bills that would ban the sale of U.S. chips or other components to Huawei, ZTE Corp (000063.SZ) or other Chinese firms that violate U.S. sanctions or export control laws.
..........................................................................

Canada should ban China's Huawei Technologies from supplying equipment to Canadian 5G networks because the security risk is too great, a former spy chief says. Canadian officials are studying the security implications of 5G networks, the latest generation of cellular mobile communications, but their report is not expected in the immediate future, a source close to the matter said last week.

Richard Fadden, who served as the head of the Canadian Security Intelligence Service spy agency from 2009 to 2013, cited what he said was mounting evidence for blocking Huawei.
"Canada's government should ignore the threats and ban Huawei from Canada's 5G networks to protect the security of Canadians," he wrote in the Globe and Mail.
Some Canadian allies have already imposed restrictions on using Huawei equipment, citing the risk of espionage.
Public Safety Minister Ralph Goodale today said other companies could supply equipment for future 5G networks, but did not give details.
China detained two Canadians last month after the arrest of Meng Wanzhou, Huawei's chief financial officer and the founder's daughter, and demanded she be released. A court later retried a Canadian who had already been jailed for drug smuggling and sentenced him to death.
"If China would resort to putting Canadians to death to defend its corporate national champion, what might it do if the Chinese Communist Party had unfettered access to Canada's vital communications networks?" Mr Fadden said.
Neither Huawei nor the Chinese embassy responded to requests for comment.
A group of 143 academics and former ambassadors from around the world today released an open letter to Chinese President Xi Jinping, urging him to free the two detained Canadians.
"(We) must now be more cautious about travelling and working in China and engaging our Chinese counterparts," they wrote.
"That will lead to less dialogue and greater distrust, and undermine efforts to manage disagreements and identify common ground. Both China and the rest of the world will be worse off as a result."
John McAllen, Canada's ambassador to China, said last Friday that his top priority was the release of the two detainees and scrapping the death penalty for the condemned man.
- Reuters
Posted by Conan Doyle at 1:15 PM No comments: Links to this post

A fifth of India’s population and a third of Pakistan’s live in extreme poverty. Another conflict between the two nations would devastate their economies and lead to people facing destitution

India’s airstrikes against Pakistan-based terror camps, in retaliation for the horrific 14 February suicide attack on Indian troops by Pakistan-based terrorists, threatens to lead the two nuclear weapon neighbours to a conflagration they can ill afford. There are also fears of an Indian government decision to impose a national emergency by citing “external aggression”, threatening the peace, security, stability and governance of the country.
There have been pitched war cries from both sides since the Valentine’s Day Jaish-e-Mohammed (JeM) attack on an Indian paramilitary convoy in Pulwama, in the terror-ridden border state of Jammu and Kashmir, which claimed the lives of 40 soldiers of the Central Reserve Police Force. JeM claimed responsibility for the carnage that saw a local Kashmiri youth, acting at the behest of the jihadi group, drive into the convoy of buses with an explosive-laden SUV.
Two days later, prime minister Narendra Modi sounded a warning – “We will settle the account in full this time” – and pledged to avenge “each drop of tear shed”, even as India started roping in international support to isolate Pakistan at the world stage and charting a retaliatory action plan. His Pakistani counterpart, Imran Khan, addressed India: “If you think you will attack us and we will not think of retaliating… We will retaliate. We all know starting a war is in the hands of humans, where it will lead us only God knows.”
Not only was the terror attack the worst on Indian security forces in the Kashmir valley this decade, India’s retaliatory airstrikes were the first across the line of control frontier since the Indo-Pakistani war of 1971. Both sides have now claimed responsibility for shooting down jets, as Pakistan has confirmed it is closing its airspace.
The sharp exchange prompted US president Donald Trump to tell the media: “Right now between Pakistan and India, there is a very, very bad situation. A very dangerous situation. We would like to see it [hostility] stop.” India’s foreign minister Sushma Swaraj will today visit China to take part in an India-China-Russia trilateral meeting, to anticipate the response of these powers in case India-Pakistan hostilities escalate. The group is expected to urge India to carry out its “fight against terrorism” through international cooperation.
India and Pakistan have gone to war four times – in 1947, 1965, 1971 and 1999. But another war today would prove mutually disastrous. A fifth of India’s population and a third of Pakistan’s live in extreme poverty, defined as those living on less than $1.90 (£1.43) a day. Not only would such an engagement ravage their economies and lead to civilian destitution, it may draw other global powers into the conflict too, deepening the discord.
While some quarters still predict the conflict can be contained locally, with some cross-border reprisals, that would depend on the two nations working together to avert any outbreak of further hostility by showing sensitivity to its consequences and by marshalling diplomatic interventions by other powers.

Already, Pakistani troops have violated a ceasefire by firing in the Akhnoor, Nowshera and Poonch sectors along the line of control. On the Indian side, movement of soldiers has increased, amid reports of a heavy troop buildup across the border. Flashpoints are erupting across the Indian sub-continent because military posturing is being matched by political grandstanding from the two country’s leaders. Political rhetoric needs to be scaled down on both sides to give peace a chance.
While the Modi regime is hamstrung by electoral pressures, with general elections due in May, Khan will also feel obliged to abide by his promise of retaliation.
There are broader economic issues at play, too. Although Khan promised a “new Pakistan” upon his swearing-in last August, his country is reduced to bankruptcy, with foreign exchange reserves critically inadequate to fund imports beyond a few months. While the country is now banking on an IMF bailout, Trump has warned against capitalising Pakistan in order to help it repay its massive debt to China. Yet the country runs a serious risk of defaulting on its payments without the IMF dole.
To go to war against India, Islamabad will have to look to China. China’s entry into the affray would raise major questions for India, which lacks the military power to wage a war on two fronts for any length of time.
There are those in India who are interpreting the government’s “non-military” pre-emptive action as a political move. The prime minister urged the public at a rally to vote for him to ensure the “safety and security” of their homeland. His ministers, too, upheld the aerial offensive as indicative of a strong and decisive leadership that provided security to all Indians.

With Modi increasingly unsure of re-election, declaring a national emergency could potentially allow a delay to elections, extending the term of the incumbent regime for as long as the emergency continues.
The altercation between India and Pakistan is fraught with grave consequences. An event of war will physically endanger civilians living along the borders and jeopardise the lives of all Indians and Pakistanis by devastating both country’s economies. Scaling down the rhetoric to come to an understanding is the only way forward.

Posted by Conan Doyle at 9:25 AM No comments: Links to this post


Posted by Conan Doyle at 5:51 PM No comments: Links to this post

US Attorney: 'China is a big threat' 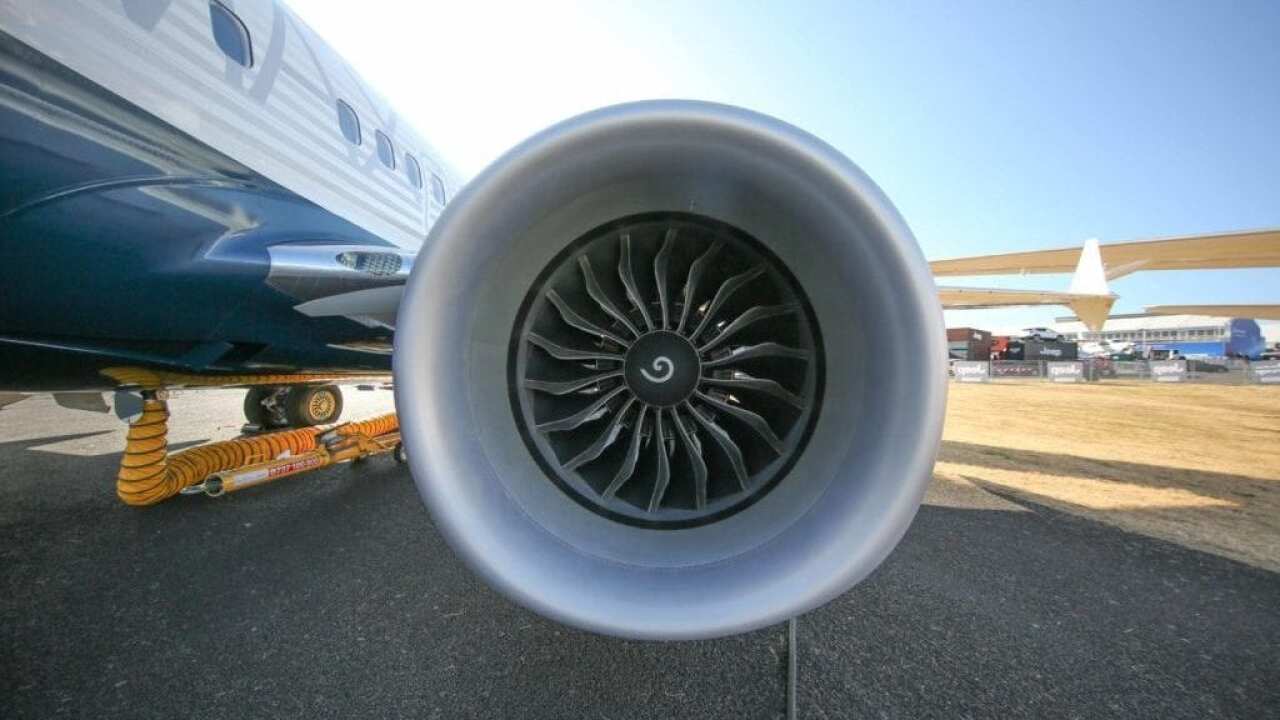 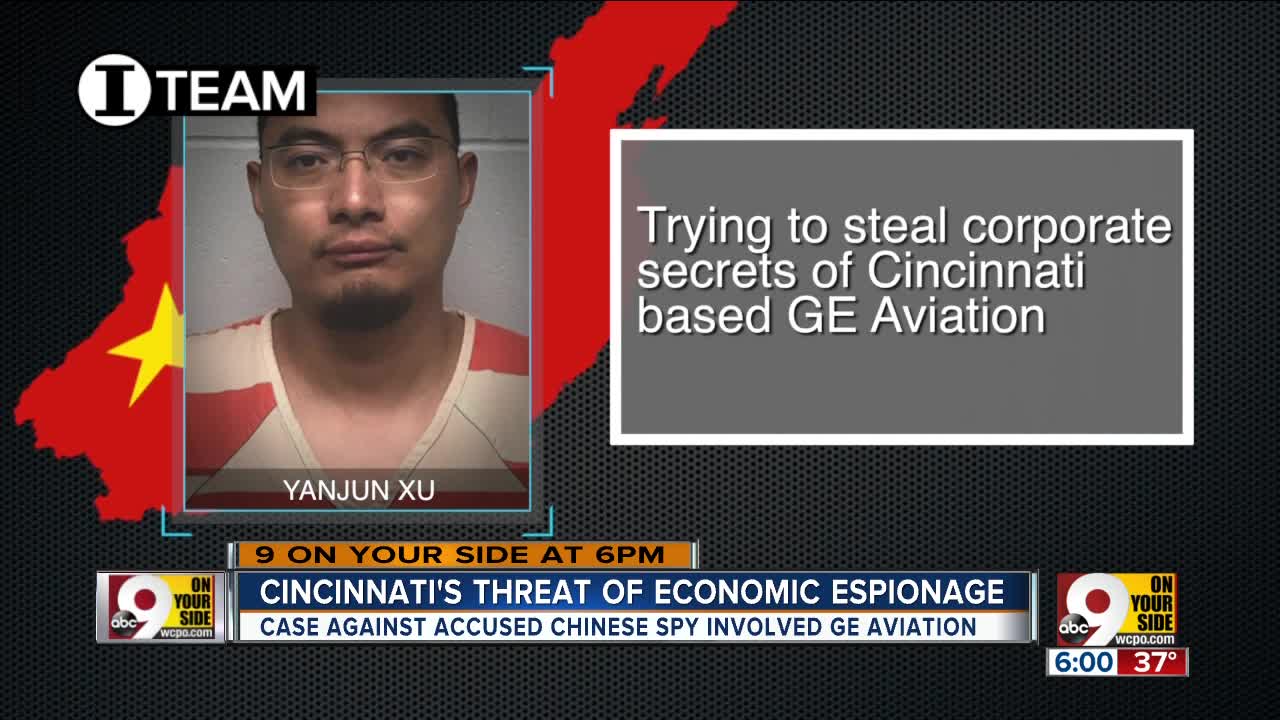 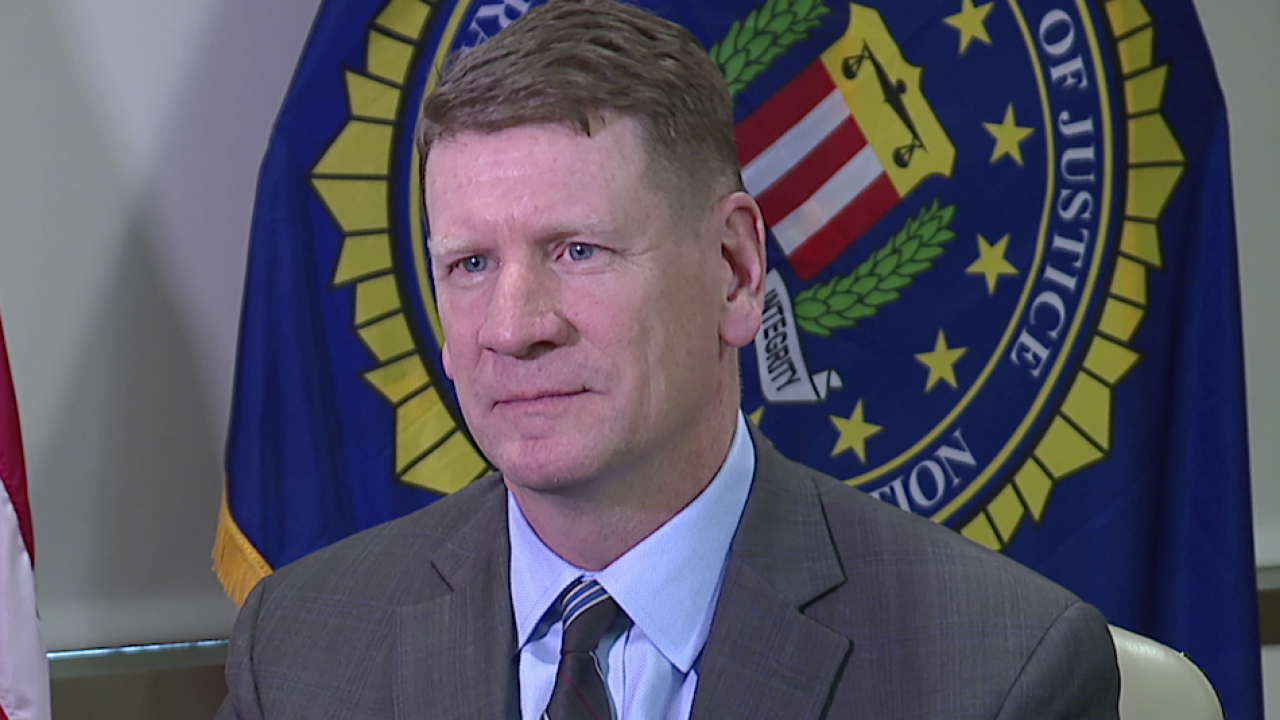 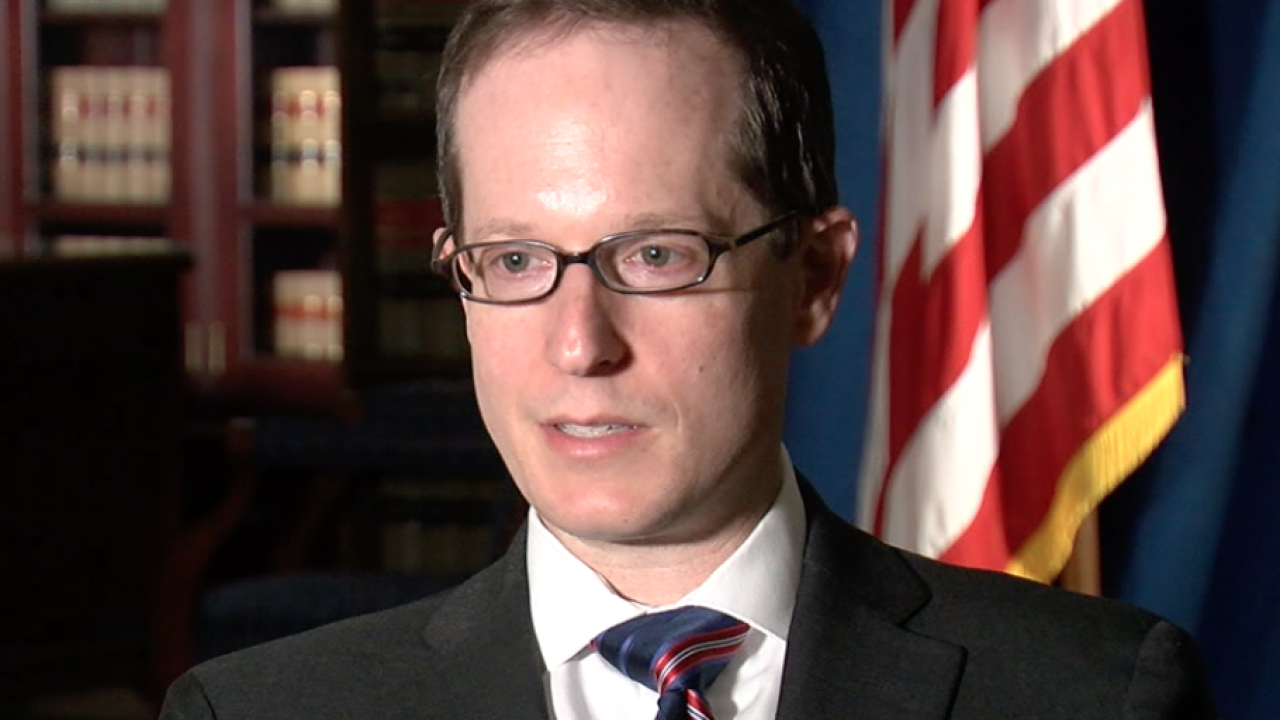 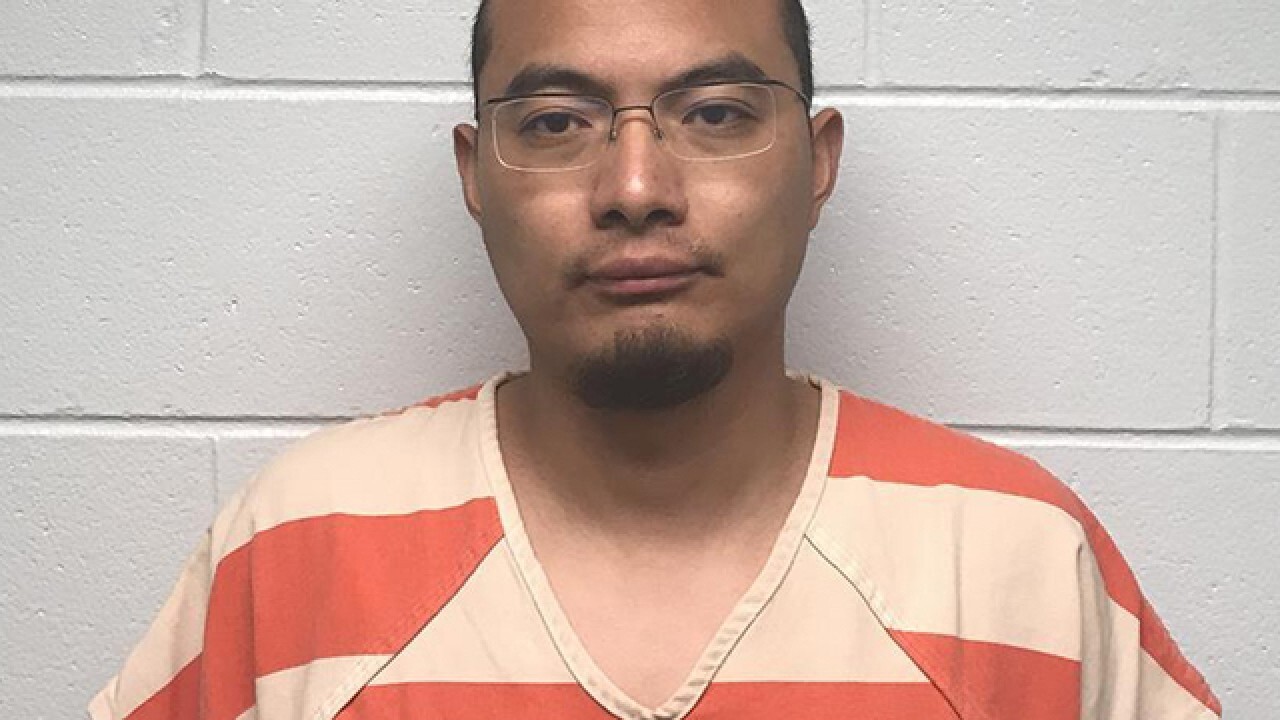 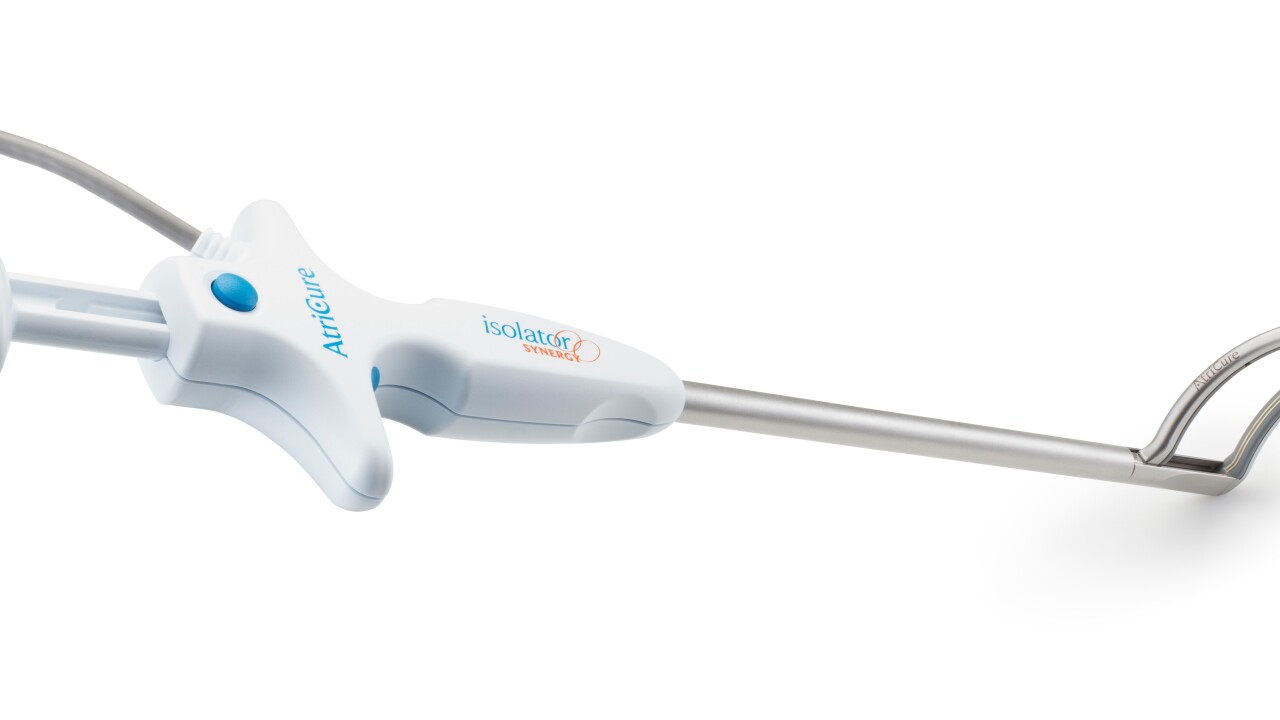