This is wrong on so many levels, pull out of this war Trudeau and away from global AI governance

This is wrong on so many levels, pull out of this war Trudeau and away from global AI governance

The centerpiece of the visit — the signing of a months-in-the-making green energy agreement in Newfoundland with Prime Minister Justin Trudeau on Tuesday — will make Germany the first customer of a planned hydrogen production and export facility, the first of its kind in Canada.

While that first shipment is likely years away, the deal will mark a new phase in the relationship between the longtime allies.

That relationship was tested earlier this year when Canada hesitated to return a turbine for a Russian pipeline supplying natural gas to Germany, the Nord Stream 1, that was being repaired in Montreal. The turbine was ultimately returned in July in order to restore the flow of gas, despite sanctions on Russian energy due to the war in Ukraine.

Trudeau and his government faced criticism for the move, which the government has defended as necessary for European gas supply. Jobs and global inflation also factored into the decision, internal government documents revealed this month.

Scholz’s arrival on Sunday in Montreal, where he will be welcomed by Deputy Prime Minister Chrystia Freeland, marks his first visit to Canada since he took over from longtime chancellor Angela Merkel last December. 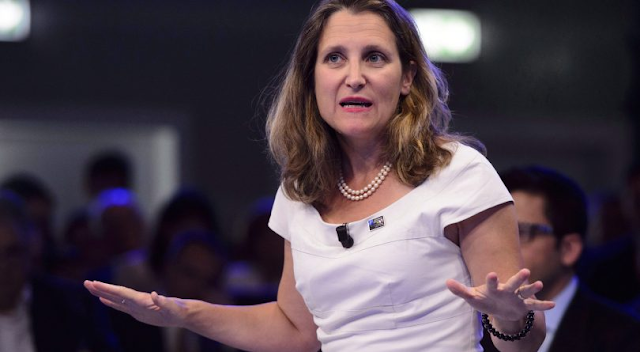 Trudeau previously met Scholz in Berlin in March and the two leaders held several discussions at the G7 summit in the Bavarian Alps in June.

During the summit, the pair not only discussed the Russian turbine but also the possibility of Canadian hydrogen exports, which Canada had been pitching to Germany and other countries since before Russia invaded Ukraine in February.

Trudeau also spoke more broadly with world leaders at the G7 about how Canada could offer alternatives to Russian oil and gas, which Europe relies on and has been hesitant to limit or ban despite efforts to punish Moscow for the war.

Germany typically gets about half of its natural gas from Russia and is looking for both short- and long-term solutions to wean itself from Russian exports.

At a press conference at the conclusion of the summit, Trudeau suggested infrastructure used to carry liquefied natural gas could be adapted to carry hydrogen, as one example of how Canada could help.

Yet that LNG infrastructure, much like the planned hydrogen facility in Stephenville, N.L., is years away from reality. Construction is underway on the Shell-backed LNG Canada facility in Kitimat, B.C., which is set to open in 2025, and other facilities in Atlantic Canada are still in the planning stages.

The International Institute for Sustainable Development noted in a new report that Canada’s LNG infrastructure will come online “too late” to address Europe’s current needs, and may even prove useless as the world shifts toward energy efficiency and away from fossil fuels.

The Stephenville plant, too, is considered a more long-term solution for Germany’s woes — something Trudeau admitted to Friday during a news conference in Les Iles-de-la-Madeleine, Que.

He said the talks with Germany are playing a longer game to cut reliance on Russia and fossil fuels in general.

“How can we make sure that this illegal Russian invasion and the unreliability of Russia as an energy partner, actually incites and allows us all to pivot, not just off Russian oil and gas more quickly, but to pivot off oil and gas as something we rely on so much,” he said.

Natural Resources Minister Jonathan Wilkinson said Friday the Canada-Germany deal will set aggressive timelines and targets for starting hydrogen exports, and will mark the first step of a long-term collaboration.

“The agreement will be, as you will see, something that essentially sets the framework for collaboration going forward,” Wilkinson said in an interview with The Canadian Press.

“But it will set some targets in terms of timelines around when we would like to see actual product moving from Canada to Germany, and both will be pretty aggressive.”

He said both countries will pledge to to work with the private sector to meet those targets.

Canada’s hydrogen strategy, developed in 2020, seeks to be one of the world’s top-three hydrogen exporters within 30 years. At the moment, the International Renewable Energy Agency doesn’t include Canada on its list of the six places most likely to become hydrogen superpowers.

Scholz and Trudeau are also set to discuss their continued solidarity for Ukraine amid Russia’s invasion and European security, according to statements from their respective offices.

The two will meet with Canadian and German business leaders in Montreal and tour a local artificial intelligence institute on Sunday.

They will then head to Toronto, where Trudeau will take part in the virtual summit about Russia’s annexation of Crimea, followed by an appearance at the Canada-Germany Business Forum.

The trip will conclude with the energy pact signing in Stephenville and a visit to a hydrogen trade show.

Germany’s push to find alternative sources of gas and end its dependence on Russia has yielded limited success and there is no short-term relief in sight ahead of Chancellor Olaf Scholz’s trip to Canada starting Sunday.r\

The North American nation is one of the world’s biggest gas producers and Scholz will discuss closer energy cooperation with Prime Minister Justin Trudeau. But the government in Berlin does not expect an agreement anytime soon to buy Canadian liquefied natural gas, and instead has shifted its focus to a partnership on green hydrogen, according to officials familiar with the situation.

Regulatory and environmental hurdles to building a new LNG terminal on Canada’s eastern shore for exporting the fuel to Germany are partly to blame for the lack of progress, according to one official.

The most promising Canadian project would add an export facility to an existing LNG import terminal in Saint John, New Brunswick. But even if approved and implemented quickly, LNG shipments would not reach Germany within the next two years, said the official, who asked not to be identified discussing confidential information.

Talks with gas suppliers in Europe and the Middle East have proven similarly complex, underlining the uphill struggle Scholz and his government face in sealing short-term delivery contracts for gas which could help Europe’s biggest economy avoid rationing this fall and winter.

With Russia squeezing supplies to Europe through the Nord Stream pipeline, companies and households have been hit hard by soaring energy prices, and the government has said gas consumption needs to fall by a fifth to avert a supply crisis. Some officials have voiced concern about social unrest if the energy shortage spins out of control.

Germany relied on Russia for more than half of its gas imports before Kremlin forces invaded Ukraine. It has since cut that share to around 30 per cent, partly through increased supplies from Norway and the Netherlands, and wants to broadly end Russian purchases by mid 2024.

Negotiations with Qatar, one of the world’s biggest LNG exporters, have been especially difficult, one of the German government officials said, describing Qatar’s strategy as playing hard ball over the price and duration of potential agreements with German companies.

Scholz and his deputy, Economy Minister Robert Habeck, have accused Russia of using energy as a weapon to retaliate against European Union sanctions. Habeck, who will travel to Canada with Scholz and a corporate delegation, blames President Vladimir Putin for creating an “artificial shortage” that has helped drive up prices.

Ironically, soaring gas prices are helping Germany and other European countries secure some LNG shipments on the world market as they’re willing to pay more than Asian rivals.

To help cut dependence on Russia, Germany is fast-tracking new LNG import terminals, and the first of four floating facilities is due to come online around the turn of the year.

The government wants its first two terminals to operate at full capacity from the start, and energy companies have said that should be feasible. They plan to tap LNG from their global portfolios, and expect that most of the supplies will come from the US.

Utility RWE AG will be responsible for about a third of the total LNG received by the terminals, and is targeting three cargoes per month, according to a spokeswoman. The company quadrupled LNG supplies to Europe in the first half of 2022, trading more than 40 cargoes, the company said this month.

Scholz also wants to use his Canada trip to facilitate Germany’s access to rare minerals and metals, in a push to reduce its dependency on China.

He and Trudeau will sign a deal on green hydrogen — which can be turned into climate-neutral synthetic liquid fuel or fuel gas using sustainably generated electricity — in Stephenville, Newfoundland on Tuesday.

Scholz will also meet with representatives of Canadian pension funds to lobby for more green investments to support Germany’s shift toward a carbon neutral economy.