This BLM Co-Founder and Pro-Communist China Group Are Partnering Up. Here’s Why.

This BLM Co-Founder and Pro-Communist China Group Are Partnering Up. Here’s Why. 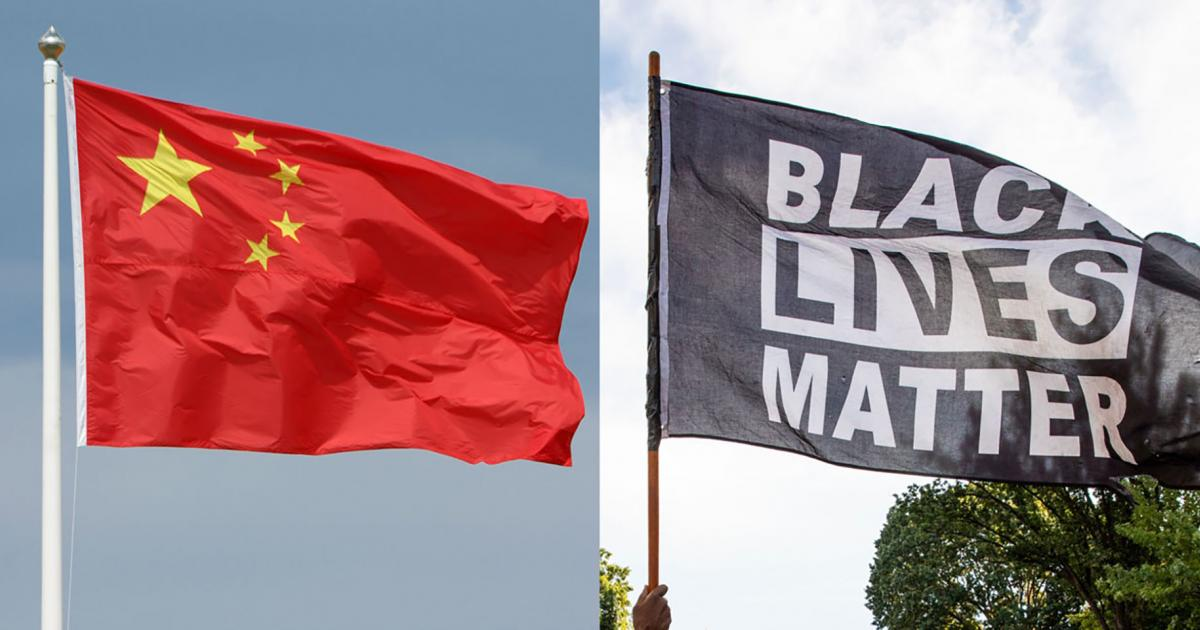 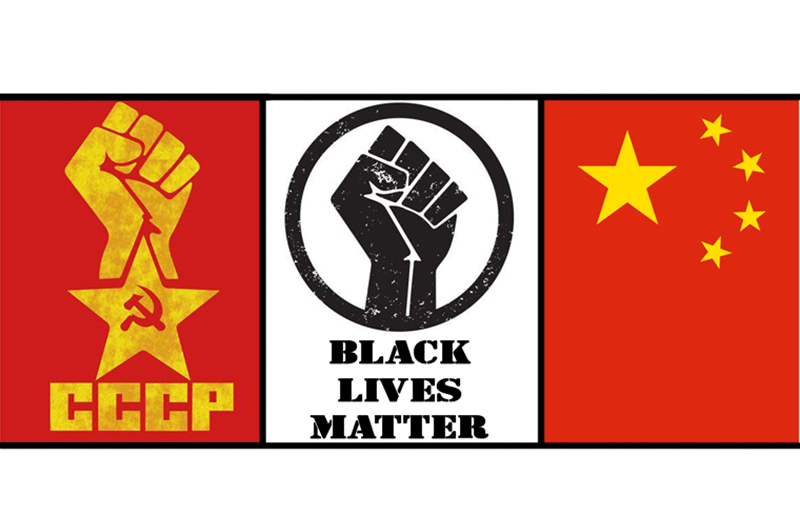 Imagine that far-right demonstrators were laying siege to American cities for months, led by activists explicitly calling for an “ethno-state,” and that one of their groups was funded by an outfit involved with Vladimir Putin’s Russia. It would lead the news every day and there would be congressional hearings, right?

And rightly so. The threat of foreign interference in our domestic affairs is a serious matter, whether the suspects are rivals such as Russia or friendlies such as Mexico. This is especially the case if a foreign power were abetting unrest that aims to topple our constitutional order.

Well, the scenario described above is happening, though not with Russia or the far right, but with China and the leftist disturbances upending America and seeking to transform it.

Get exclusive insider information from Heritage experts delivered straight to your inbox each week. Subscribe to The Agenda >>

Yet, there has not been a peep from the media or Congress about China’s support of the riots.

The CPA was founded in San Francisco in 1972 during the heady days of the Marxist-oriented Asian American Movement, and today it also has a very active chapter in Boston. From its start, it has been a promoter of the People’s Republic of China.

According to an authoritative 2009 Stanford University paper tracing its early days to the present, and which can be found on Marxist.org, “The CPA began as a Leftist, pro-People’s Republic of China organization, promoting awareness of mainland China’s revolutionary thought and workers’ rights, and dedicated to self-determination, community control, and ‘serving the people.’”

The CPA, continued the paper, “worked with other pro-PRC groups within the U.S. and San Francisco Bay Area … Support for the PRC was based on the inspiration the members drew from what they saw as a successful grassroots model that presented a viable alternative to Western capitalism.”

One of the ways it did this was by holding “film screenings that were open to the public, sometimes showing Chinese films as well to facilitate understanding of the country’s revolutionary ideas. … CPA also took the lead with groups such as the U.S.-China People’s Friendship Organization to celebrate China’s National Day on Oct. 1.”

To this day, CPA Boston continues to be a partner of the PRC in the United States. Three years ago, the Boston chapter teamed up with China’s Consulate General in New York to offer Chinese nationals the opportunity to renew their passports, getting praise from China’s official mouthpiece, China Daily.

In 1997, CPA-Boston sponsored the raising of the PRC’s flag for the first time ever over Boston’s City Hall to honor the takeover of China by the Chinese Communist Party, just as the Stanford paper says has been CPA practice from the beginning. The event was organized, again, with the Chinese Consulate.

These events now take place with some regularity. Chinese Consul General Sun Guoxiang, traveling from New York, was on hand at a similar event in Boston in 2014 to say: “The common interests are far more important than differences between U.S. and China.”

Suzanne Lee, a co-founder of CPA-Boston, also spoke at the 2014 event, noting her efforts to promote better U.S.-China relations.

The Chinese flag-raising event in Boston in 2019, marking the 50th anniversary of the communist takeover of China, drew protests.

Another CPA co-founder, Lydia Lowe, said in a written “personal statement” in 1997:  “McCarthyism is behind us. The Cold War is behind us.”

However, in an essay that she co-authored last year on the Marxist revolutionary site LeftRoots, Lowe sounded as though she wanted to start another Cold War, writing that Asians should play a role in creating a “revolutionary strategy” that would achieve a “fundamentally different society.”

It is clear, then, that CPA Boston works with China’s communist government, pushes its agenda here in the United States as CPA San Francisco does, and that both CPA chapters are regularly praised by China’s state-owned mouthpieces. It is clear, too, from this perspective, why the CPA would sponsor a new enterprise by Garza: They espouse the same desire for world communism.

Garza sits atop a worldwide revolutionary empire, starting with the Black Lives Matter Global Network Foundation she founded, which now has 15 chapters in the U.S. and several more all over Canada, Australia, and Europe. As Foreign Affairs wrote in its September/October issue, “Today, BLM has a global network of dozens of chapters. This number will likely grow exponentially in the coming years.”

Movement for Black Lives is unabashedly anti-capitalist, saying on its website, “We are anti-capitalist. We believe and understand that Black people will never achieve liberation under the current global racialized capitalist system.”

So is Garza, and she means to use her international platform to end world capitalism. In 2015, she told an important gathering of global Marxists, “It’s not possible for a world to emerge where black lives matter if it’s under capitalism, and it’s not possible to abolish capitalism without a struggle against national oppression.”

There, she portrayed BLM as an offshoot of the Black Liberation Movement, the Marxist pan-Africanist Movement. “BLM, BLM,” she said coyly.

Last year, Garza told a roomful of Maine progressives, “We’re talking about changing how we’ve organized this country, so that we actually can achieve the justice that we are fighting for. I believe we all have work to do to keep dismantling the organizing principle of this society, which creates inequities for everyone.”

Two years ago, Garza created the Black Futures Lab, the organization that the Chinese Progressive Association funds, as yet another asset in the vast Garza empire. By the looks of it, it acts as a sort of a lobbying arm of this empire.

As Colorlines put it when it was launched on Sept. 26, 2018, Black Futures Lab “seeks to engage advocacy organizations and legislators to advance local-, state- and federal-level policies that make Black communities stronger. It will also craft strategies that harness Black political power to bring those policies to fruition.”

“Today, we are launching the Black Futures Lab as a way to mobilize around our needs, hopes, and dreams,” Garza told Colorlines in an emailed statement. “For too long, people have spoken for us and perpetuated false representations of the issues that drive our votes.”

This legislative clout adds to the organizing muscle that the Black Lives Matters Global Network Foundation and the Movement for Black Lives organizations already bring.

As I wrote at City Journal last month, the BLM organizations have been the nerve center of this year’s protests: “They have been laying the groundwork for years, carefully cultivating a network of groups that could organize protests when the moment came and amplify the message through social media.”

Communist China has put its vast propaganda apparatus to work in support of the mayhem that has wreaked havoc in American cities this year. China is, after all, a rival of the United States, and would see weakening of U.S. society and the country in general as advantageous.

The involvement of an outfit as closely associated with the Chinese government in the funding of one of Garza’s ventures is something else entirely, however.

Maybe journalists and congressmen have not seen it till now (I myself hadn’t until Jenny Nguyen, a graduate of The Heritage Foundation’s Young Leaders Program, alerted me to it).

But now they have.

One of the Black Lives Matter founders has launched a new venture with a Chinese community advocacy organization.

Alicia Garza is behind the Black Futures Lab, which is backed by the Chinese Progressive Association (CPA), according to the website.

A report from The Heritage Foundation initially linked the San Francisco-based CPA to a group of the same name in Boston, which has hosted joint events with the Chinese consulate.

The Boston organization was described as “pro-communist” and supportive of the People’s Republic of China.

Tax records, however, show that the two groups are separate entities. A spokesman for the Boston-based CPA also confirmed that the two nonprofits are unrelated, and denied that the group had any communist ties, the New York Times reported.