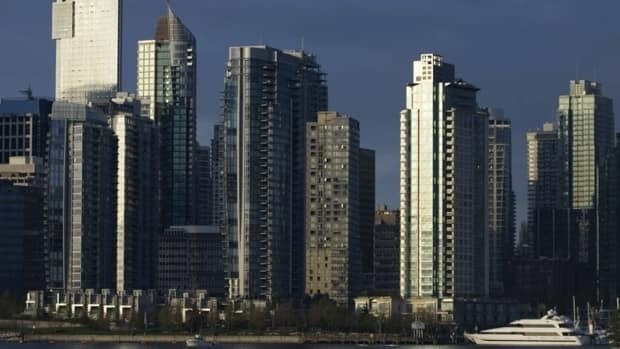 Condominiums along the shores of Coal Harbour in Vancouver. Vancouverites have long complained that wealthy real estate speculators from Hong Kong and mainland China have driven up housing prices in the city, but exactly how much of Vancouver is foreign-owned is hard to assess since the industry doesn't keep such data and many foreign investors use local proxies to make purchases. (Andy Clark /Reuters)
Last week's $1-million sale of a modest bungalow in north Toronto to a university student from China got tongues wagging and tempers flaring about the supposed encroachment of foreign buyers into the Canadian real estate market.
Stories of wealthy foreigners snapping up properties and pricing Canadians out of their local real estate markets abound. Whether it be vacationing Britons buying quaint cottages on the coast of Newfoundland or Hong Kong tycoons cornering the condominium market in downtown Vancouver, foreign real estate investors seem to be the new bogeyman of homebuyers across the country.
Just how pervasive foreign ownership of Canadian real estate is, however, is hard to establish since neither the government nor the real estate industry collects official data on the subject and buyers often use local proxies. Informal polls of realtors in Metro Vancouver and the Greater Toronto Area by industry associations and the media have reported figures as varied as 3.5 per cent and 20 per cent for the percentage of housing sales that involve buyers from outside Canada.
Canada has few restrictions on foreign ownership of real estate, and what limits do exist are at the provincial level and mostly pertain to agricultural land. 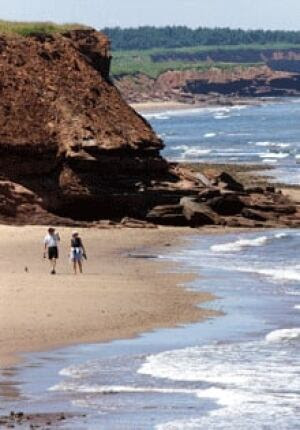 Prince Edward Island limits the amount of oceanfront acreage people who aren't residents of the province can buy. (Shaun Best/Reuters)
Foreigners who plan on spending less than six months a year in Canada can keep a home here without having to apply for residency. Those who buy a property and plan on living in it longer than that have to immigrate to the country and apply for permanent residency.
If they rent out their property, they don't have to live here at all but do pay a 25 per cent withholding tax on rental income that, unlike for Canadian property owners, is usually taken off the monthly rent.
Homebuyers from abroad are subject to all the same fees and taxes as Canadians when purchasing real estate — although they can face higher property or land transfer taxes in some jurisdictions and are subject to different capital gains tax rules when they sell a property.
If they take out a mortgage on their property, they have to do so at a Canadian bank and will usually be asked to put up a larger percentage of the purchase price as a down payment than permanent residents — typically, 35 per cent versus the five or 10 per cent that is more common for Canadian residents.
Most provinces treat foreign homebuyers the same as local residents. One exception is P.E.I., which imposes higher property taxes on anyone who is not a resident of the island — not just foreigners — and forbids them from owning more than five acres of land or 50 metres of waterfront without special permission from the Island Regulatory and Appeals Commission.

Internationally, some of the most heated debate around foreign ownership of real estate in recent years has had to do not with urban or oceanfront properties but with farmland. The global land grab, as it's sometimes called, has seen governments and multinational agribusinesses from China, Saudi Arabia, India and elsewhere quietly buying up arable land across the African continent and in countries as far flung as Indonesia, Australia and Argentina.
In Canada, several provinces have protections in place limiting the amount of agricultural land foreigners can buy.
Canada's open-door policy is comparable to the approach to foreign property ownership in other countries, including the U.S., Germany, France and the U.K.
There are some jurisdictions, however, that have taken steps to restrict foreign investment in real estate beyond simply imposing higher taxes on homebuyers from abroad. A man works on a house in Sydney. Australia put the brakes on foreign ownership of real estate in 2010 after speculation drove up housing prices in Sydney and other major cities. (Daniel Munoz/Reuters)
The country recently tightened its laws after a brief period of opening up real estate to foreigners during the economic crash. It reintroduced restrictions on ownership in 2010 after a surge in property prices made housing increasingly unaffordable, especially in major cities like Sydney and Melbourne. (In 2010, a survey of housing markets in Australia, the U.S., Canada, the U.K., New Zealand and Ireland ranked Australia's housing market as the least affordable.)
Today, the following restrictions apply to foreigners:

Swiss real estate is some of the most coveted in the world, but the country also has some of the strictest rules when it comes to foreign ownership. 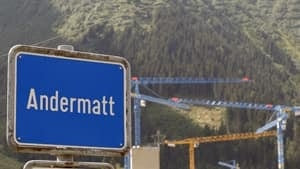 The Swiss alpine resort town of Andermatt is one of the few places in Switzerland where foreign ownership of real estate is unrestricted. Luxury studio apartments marketed as vacation properties can sell for several million dollars. (Arnd Wiegmann /Reuters)

China imposed new restrictions on property sales in 2010 — for locals as well as foreigners — in order to curb rising prices and real estate speculation.  It raised down payments, tightened mortgage rules, introduced property taxes in several jurisdictions where they did not exist and put in place new limits on ownership.
Recently, some cities have started easing or not enforcing the restrictions on their own in an attempt to boost the local revenue they get from property sales.

Foreigners cannot, for all intents and purposes, buy land in Thailand and are generally restricted to purchasing condominiums, although they cannot own more than the equivalent of 49 per cent of the total floor area of all the units in a single condominium building.
Posted by Conan Doyle at 10:07 AM