Do We Have A Problem, Yes We Do ....Enoch Powell was RIGHT to warn against immigration, claims former Tory defence minister Gerald Howarth 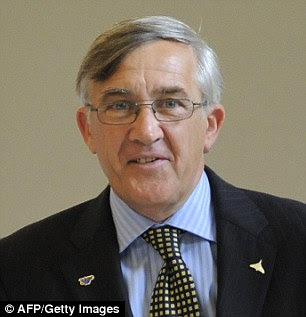 A veteran Tory MP has claimed controversial ‘rivers of blood’ MP Enoch Powell was right to warn against immigration.
Gerald Howarth said the notorious Conservative MP had been correct to warn that mass movement of ‘non Christian’ migrants to Britain would cause problems.
His comments were made in an email to a constituent about the Islamist 'Trojan Horse' plot in Birmingham to radicalise school children by taking over governing boards.
In the leaked letter the former defence minister wrote: ‘Clearly, the arrival of so many people of non-Christian faith has presented a challenge, as so many of us, including the late Enoch Powell, warned decades ago.
‘Recent events have illustrated that some of these new arrivals have a very different ethos from traditional Christian schools and we are right to intervene to prevent them from teaching divisive ideology to children born here.’
Mr Howarth tonight confirmed that the leaked letter was 'entirely accurate' and reflected his views about the dangers of immigration.
He told MailOnline: 'I feel very strongly about this and what's happening in Rotherham is devastating. It is decades of political correctness and it's allowed this disgusting abuse of children to take place.
'It's the Labour party who are responsible. The Labour party and the left.'
He said England was now 'fighting back' against political correctness. He added: 'This is the United Kingdom for goodness sake - if you don't like it go and live somewhere else.Share
Sir Gerald said the problem with immigration was about 'numbers', which he said 'Enoch always said'.
Enoch Powell’s notorious ‘Rivers of Blood’ speech was delivered in Birmingham in April 1968, sparking widespread condemnation.
In the speech Mr Powell called for the ‘repatriation’ of non-white immigrants, claiming the racial mix in Britain would lead to city riots. Sir Gerald did not advocate repatriation in the leaked email to his constituent.
Mr Powell was immediately sacked from the Conservative shadow cabinet by the party’s then leader Edward Heath. 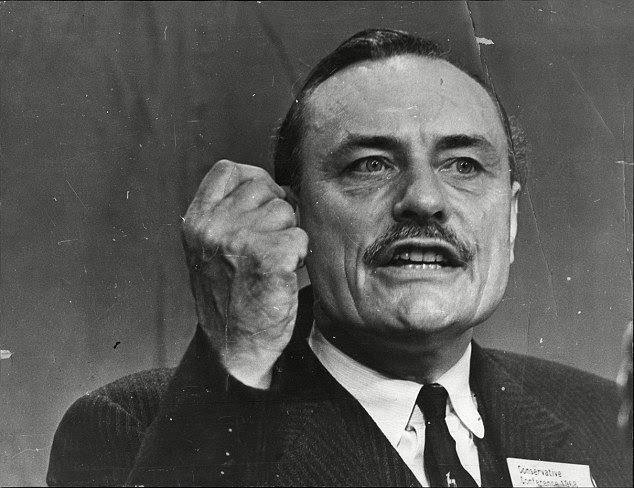 +1
Enoch Powell, the late Tory MP, sparked widespread anger after attacking migration in a 1968 speech on race relations
In 2007, the Tory candidate in the West Midlands seat of Halesowen, Nigel Hastilow, resigned after writing a newspaper article in which he said that Mr Powell was right.
Mr Howarth is the MP for Aldershot and was a defence minister between 2010 and 2012. He was knighted in 2012.