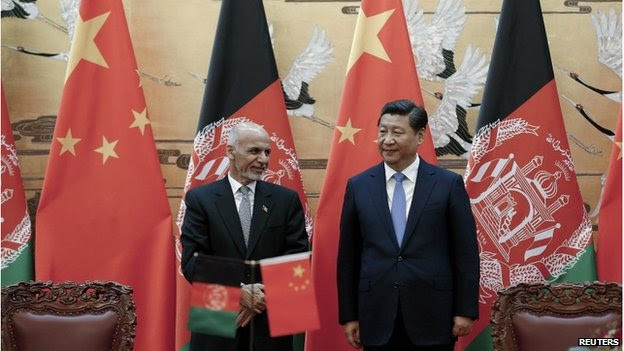 President Ghani received a warm welcome from his hosts in Beijing

has started a landmark visit to China.

In a welcoming ceremony he was hailed by Chinese President Xi Jinping as "an old friend of the Chinese people."
In the coming days, President Ghani is expected to focus on fostering closer economic ties.
China is already involved in Afghanistan's mining sector but concerns about security could deter broader investment.
'A strategic partner'


When President Ghani arrived in Beijing, the rhetoric from both sides was warm.
President Ghani said his country viewed China "as a strategic partner, in the short term, medium term, long term and very long term".
In return, President Xi hailed his newly-arrived guest as an old friend of the Chinese people. He was prepared to work towards "a new era of co-operation", he added, and "to take development to a new depth."
Afghanistan will need China's support as it grapples with an uncertain transition, analysts say.
President Ghani faces tough economic challenges as he tries to reconstruct his country's battered infrastructure and reduce dependence on foreign aid and the illegal drugs trade.
China is already a key player, with oil and copper mining contracts worth billions of dollars.
But progress on the copper mining project has stalled because of continuing instability.
Analysts say President Ghani may court further, broader Chinese investment, for example, in manufacturing.
President Ghani may also press Beijing to use its influence with long-term ally Pakistan to help Kabul to tackle the insurgency.
The BBC's Jill McGivering says that a stable Afghanistan, shored up by economic development, could contribute to a less turbulent region - a goal close to China's heart too. 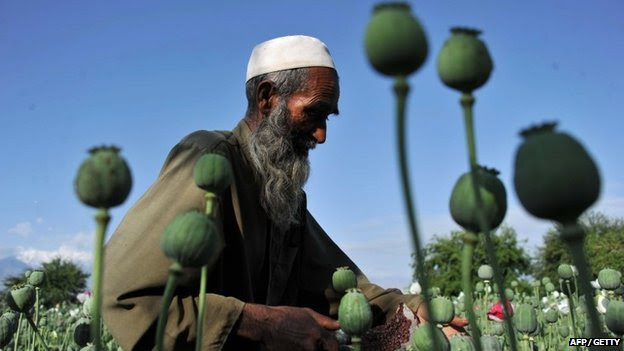