Canadian couple accused of spying in China held in near isolation, son says

Canadian couple accused of spying in China held in near isolation, son says 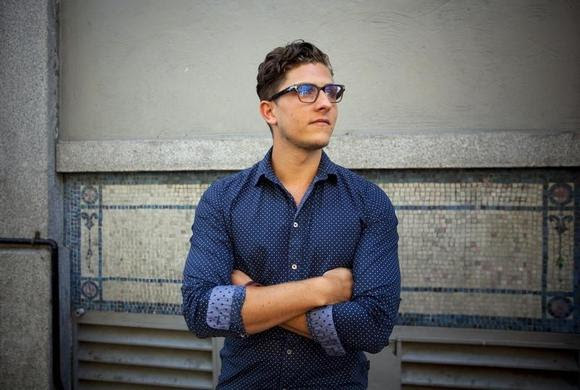 Simeon Garratt, son of Canadian couple Kevin and Julia Dawn Garratt who are being investigated in China for threatening national security, stands while talking to a Reuters journalist outside of his residence in Vancouver, British Columbia August 5, 2014.

(Reuters) - A Canadian couple accused of spying near China's sensitive border with North Korea have been kept separately in near isolation for more than 80 days and denied access to legal counsel, their son said on Friday.


Treatment of the couple who are held without a charge at a remote facility in the border city of Dandong, has seriously strained China's ties with Canada ahead of a planned visit by Canadian Prime Minister Stephen Harper for a multilateral summit next month in Beijing.
Treatment of the couple,Who are held
Kevin and Julia Garratt were allowed to meet briefly for breakfast last week - the first contact they had with each other during their detention.
"It's not their physical health I'm concerned about, it's more their mental health," their son, Simeon Garratt, told Reuters by phone. "You put anybody in a situation like that for 80 days, where you can't talk to anybody else and with no outside contact, and you don't know what could happen. It's not about food or water."
The Vancouver couple had opened a cafe called Peter's Coffee House in Dandong in 2008. State media has reported they are suspected of stealing national security secrets, but no formal charges have been laid and it is unclear what exactly they are accused of.
Kevin Garratt told a congregation in Canada last year that he ran a prayer and training facility frequented by North Koreans, many of whom became Christians before returning to the isolated country.
Hundreds of Christian aid workers near the North Korean border have been detained or forced to leave in a crackdown this year but Simeon Garratt has said he does not believe his parents' faith had anything to do with their detention.
China said Beijing would maintain close contact with Canada's consulate.
"China will certainly abide by the proper standards when any foreigner is tried in China," Foreign Ministry spokeswoman Hua Chunying said at a regular briefing. "All of their legal rights will be guaranteed under the law."
Both Kevin and Julia were under 24-hour surveillance by two guards. Canadian consular officials visited every two weeks, Simeon Garratt said. They were frequently interrogated, he said, though the subject of the questions is unknown.
"Their daily routine is to wake up, have breakfast and wait to find out whether they'll be interrogated that day or not," he said.
The Garratts' children communicate with their parents through written letters sent through Canadian consular officials. But not all of them get through. A coffee-maker and other supplies sent by the Garratts' younger son was also never delivered.
Authorities have repeatedly denied the family's requests for access to legal counsel since the Garratts were detained August 4, according to a source with direct knowledge of the matter.
The source added that authorities had said re-applying would almost certainly be fruitless.
"They remain detained and isolated from their family and legal counsel, and in conditions that are nothing short of demeaning and withdrawn from meaningful human contact," the person said. "Under such circumstances, any human being under the pressure of isolation could easily incriminate themselves."
The Canadian Embassy in Beijing could not be immediately reached for comment.
It is unusual for foreigners to be charged with violating China's state secrets law - a serious crime that is punishable by life in prison or death in the most severe cases.
Posted by Conan Doyle at 9:52 AM