Canadian accused of trying to pass ship secrets to China 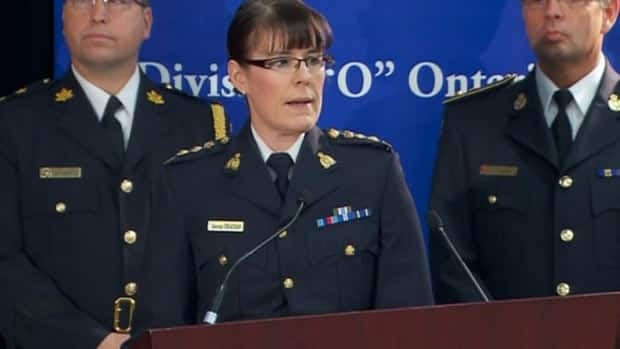 Canadian accused of trying to pass ship secrets to China

The RCMP say they disrupted a “threat to Canadian security" this week after arresting and charging a Canadian citizen who they allege was trying to pass on classified information to the Chinese government.


At a news conference in Toronto on Sunday, authorities announced they had arrested 53-year-old Qing Quentin Huang in Burlington, Ont., on Saturday and charged him under the Security of Information Act.
RCMP allege he was taking steps to supply classified information to China related to Canada's shipbuilding procurement strategy. The national plan includes building patrol ships, frigates, naval auxiliary vessels, science research vessels and ice breakers.
Authorities say Huang, from the Hamilton-area community of Waterdown,Ont., acted alone and is not believed to have been state-sponsored. He works as an engineer for Lloyd's Register Canada Ltd., a company that is sub-contracted by Irving Shipbuilding, the country's largest shipbuilder. 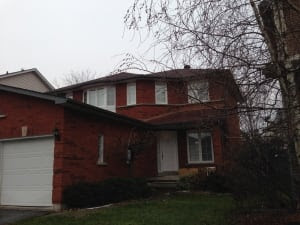 Lloyd's Register employee Qing Quentin Huang, 53, lives in Waterdown, Ont. (Steven D'Souza/CBC)
A statement released Sunday by Lloyd's Register said Huang did not have direct access to any classified or controlled information related to the company's recent work with Irving Shipbuilding or the National Shipbuilding Procurement Strategy. Lloyd's Register approves and appraises designs for military vessels to be built by Irving and was starting work on Arcticoffshore patrol ships.
Lloyd's Register said Huang is being suspended without pay and the company is assisting the RCMP with their investigation.
Irving Shipbuilding also released a statement Sunday saying Huang was never employed by them and he has never been on company property.
"Security of information surrounding the AOPS [Arctic offshore patrol ships] project, and all NSPS [National Shipbuilding Procurement Strategy] programs is tightly controlled at Irving Shipbuilding," it said.

RCMP Chief Supt. Jennifer Strachan said police first learned of the case on Thursday after Huang communicated with someone at the Chinese embassy in Ottawa, but would not say if that was how they became aware of Huang's alleged activities.
She said several agencies — including the RCMP, CSIS and local police forces — came together and worked quickly to disrupt the "threat" to national security. 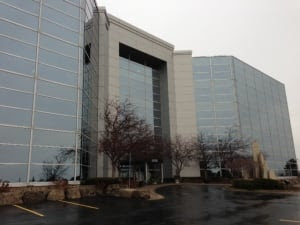 Lloyd's Register approves and appraises designs of military vessels for Irving Shipbuilding. It has offices in Burlington, Ont. (CBC)
"In these types of cases, sharing of information may give a foreign entity a tactical, military or competitive advantage by knowing the specifications of vessels responsible for defending Canadian waters and Canadian sovereignty," Strachan said.
She called it valuable research and development information that could also provide an unfair competitive and economic advantage.
Authorities said they are not aware of any threat to public safety stemming from the case.
A spokesman from the Prime Minster's Office commended the RCMP and the other agencies involved for their work. "This arrest demonstrates the importance of collaboration among security partners for the protection of Canada's national interest," Jason MacDonald said in a statement.
Public safety minister Steven Blaney applauded the team's "vigilance," adding that "the safeguarding of sensitive information remains fundamental to protecting Canada's interests and National sovereignty."
Huang is set to appear in court Wednesday for a bail hearing. He faces two counts related to communicating classified information to a foreign entity, which officials said could carry a sentence of life in prison.
Posted by Conan Doyle at 8:49 AM