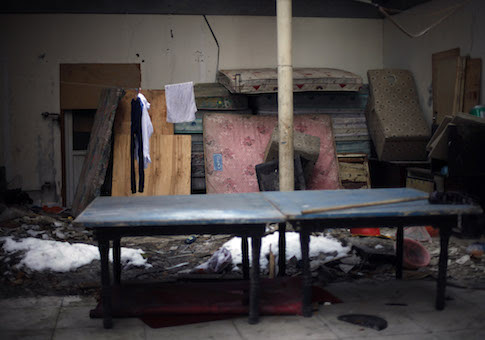 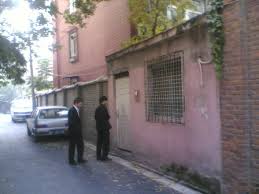 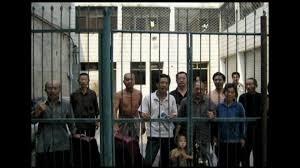 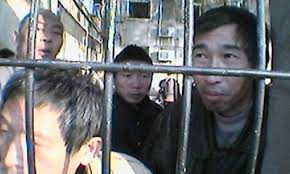 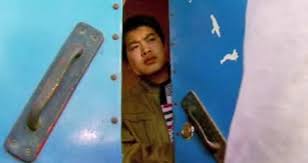 by Daniel Wiser
October 24, 2014 10:00 am
Illegal detention centers known as “black jails” have proliferated in China, according to a new report, even as government officials deny their existence before a United Nations committee this week.
The report by the activist group Chinese Human Rights Defenders (CHRD)—titled “We Can Beat You to Death With Impunity”: Secret Detention & Abuse of Women in China’s “Black Jails”—documented more than 1000 individual cases of detention and abuse in hundreds of extralegal black jails in the past five years. About 80 percent of the detainees were women, who were often physically or sexually assaulted and deprived of food, water, and medical treatment.
Many of the female prisoners were detained for petitioning higher-level government offices to address complaints. They included some of the most vulnerable members of Chinese society—elderly and sick or disabled women, poor migrant women from rural areas, victims of forced eviction, and mothers with young children.
“In the black jail, the door was locked 24 hours a day…Thugs could do anything they wanted [to detainees]—bully, torture, humiliate, and abuse them,” said a petitioner once held in a black jail in the eastern coastal province of Zhejiang, according to the report. “Some petitioners suffered back injuries while others were pulled into bathrooms, stripped naked, and doused with cold water. Thugs brazenly kicked female petitioners in the stomach.”
Most guards have not been punished for abusing women in detention, the report said, and courts rarely hear cases about victims of black jails. Local officials are concerned with meeting the Communist Party’s mandate of “maintaining stability” and avoiding poor performance evaluations based on the number of petitioners in their localities.
Wuxi, a city near the east coast of China, has 96 black jails that purportedly provide “legal education”—where individuals are detained for weeks and forced to review government regulations. The detention takes place in schools, army bases, hotels, and abandoned homes.
CHRD estimates that out of more than 1,800 cases of detention or abuse of Chinese citizens between 2012 and 2014, about one in seven involved black jails.
Renee Xia, CHRD’s international director, said in an email that black jails have largely replaced the “re-education through labor” (RTL) camps that China abolished by the end of last year after repeated condemnation from the international community.
“These other forms of extralegal detention facilities have proliferated to fill the vacuum left by RTL,” she said. “The U.S. government and other concerned governments and international bodies should speak out and hold China accountable to its own treaty obligations and its own pledge to ‘build a country governed by rule of law.’”
Chinese officials have long denied that the black jails even exist. In the Chinese government’sresponse in August to a list of issues raised by the U.N. Committee on the Elimination of Discrimination against Women, it said “Chinese detention facilities respect international human rights standards” and “fully protect the legitimate rights and interests of women held in detention.” The response contained no mention of black jails.
Chinese officials again denied that the black jails exist at the U.N. committee meeting on Thursday.
CHRD collaborated with local human rights groups in China to produce the report, which was based on interviews with victims and their families and lawyers conducted over the course of several years. The groups’ names were not included in the report to ensure their members’ safety.
An activist named Ding Hongfen and her colleagues broke into a black jail in June 2013 and freed a dozen Wuxi residents. She will now stand trial on Saturday facing the charge of “intentional damage to property.”
One female petitioner, Wang Delan, was allegedly tortured to death in a black jail in August 2013 after local officials took her from Beijing to an extralegal detention center in her hometown of Yicheng City, according to the CHRD report. Yicheng authorities claimed she committed suicide and quickly cremated her body.
CHRD urged the Chinese government to release all detainees and bring criminal charges against those who abused individuals in the illegal facilities. The group also encouraged the U.S. government and United Nations to raise serious concerns with Chinese officials about the black jails during dialogues.
The newly released information about China’s black jail system comes as President Xi Jinping launches a broad crackdown on all forms of dissent. Beijing officials are also reportedly directing the policy of Hong Kong’s regional government, which has refused to grant the demand of thousands of protesters for more autonomy over the city’s elections.
The U.S. State Department did not respond to a request for comment.
Posted by Conan Doyle at 7:51 AM