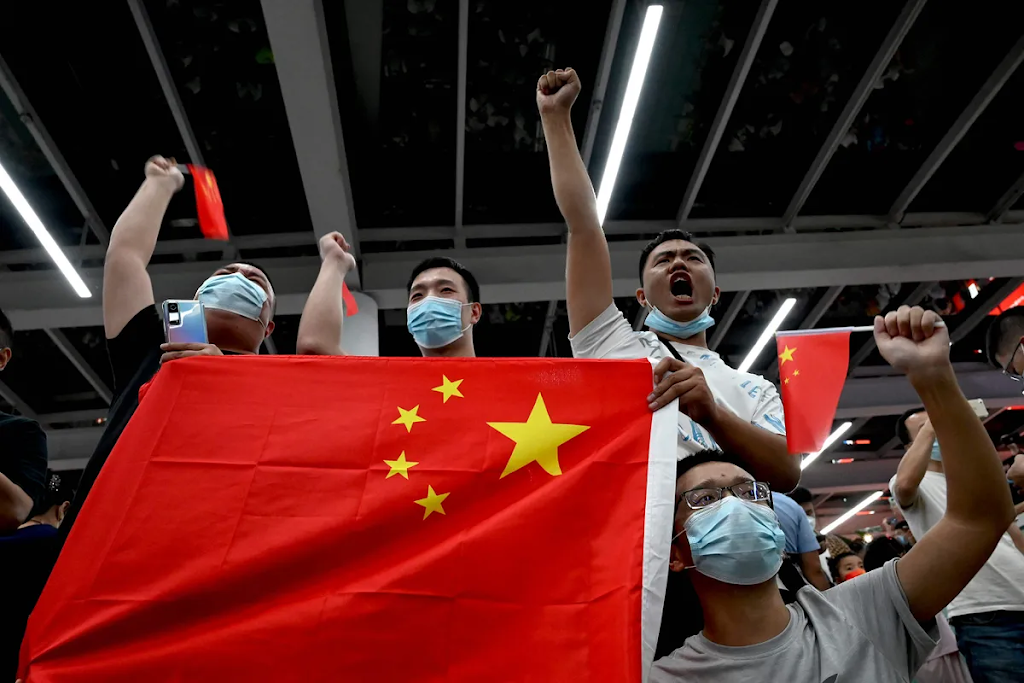 "EVERYTHING IS BROKEN IN CANADA"

Conservative Party Leader Pierre Poilievre commented on Wednesday to allegations that Canadian Prime Minister Justin Trudeau was warned about China’s alleged foreign interference in Canada’s elections, saying it’s “very troubling” he knew about it and “hasn’t taken any action.” He said Conservatives were seeking to have meetings of the Procedure and House Affairs Committee to investigate the allegations. 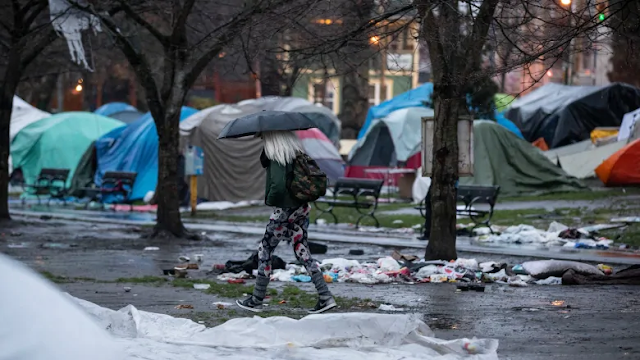 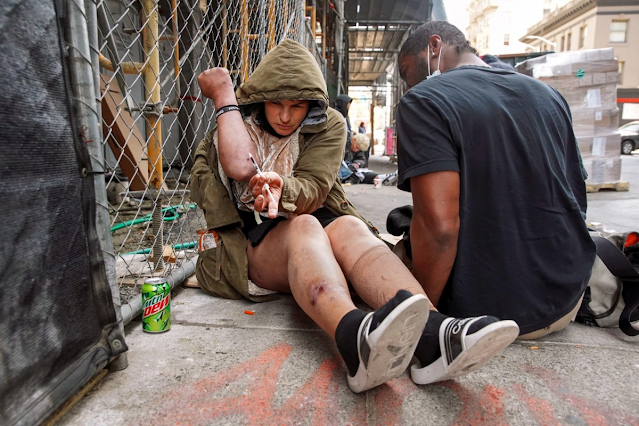 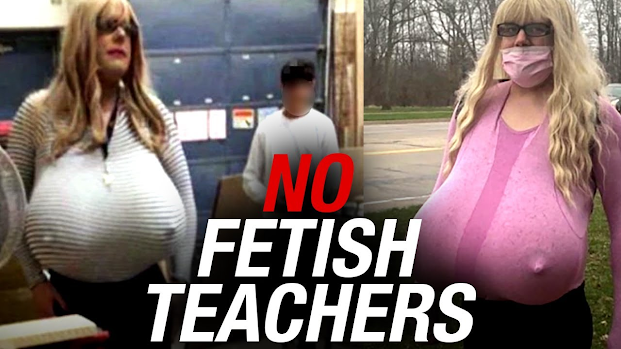 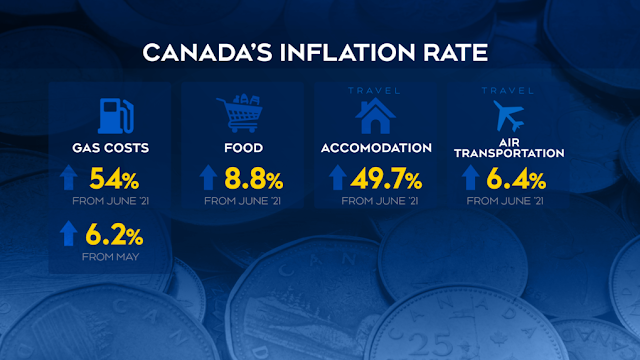 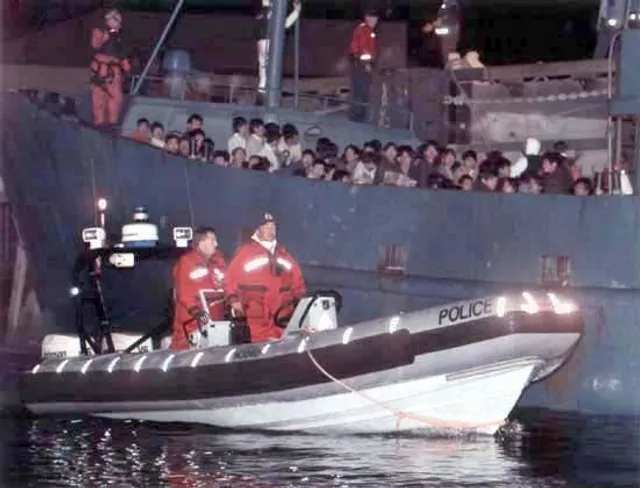 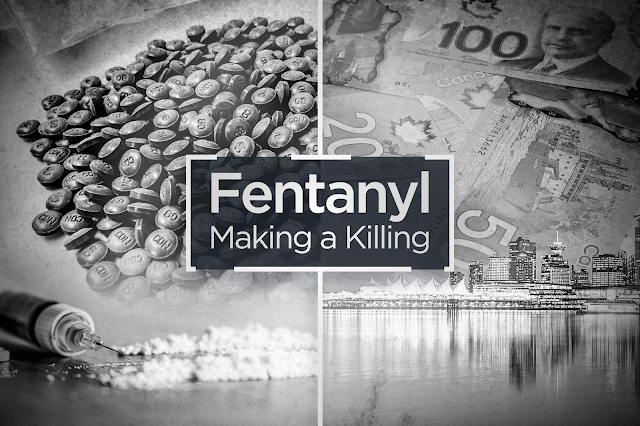 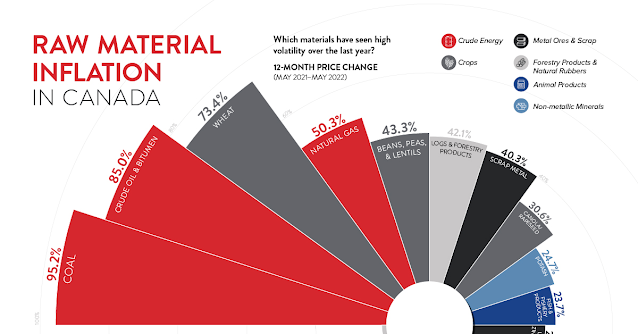 The reason, experts suggest, is because China’s Communist Party has won the support of some influential Canadians by using economic carrots and sticks, while public attention on Beijing’s broad campaign is “almost non-existent.”

The national security review says “for years Canadian Security Intelligence Service has investigated and reported on the threat” of foreign interference. But unlike Canada’s Western intelligence allies, Ottawa hasn’t responded with strong countermeasures.

In an interview, Global News pressed Liberal MP David McGuinty, chair of the national security and intelligence committee, to explain why Canada is “permissive” of China’s methods.

McGuinty said he could only answer by citing the report findings because of its sensitivity. He chose to read this quote: “The People’s Republic of China utilizes its growing economic wealth to mobilize interference operations: ‘with deep coffers and the help of western enablers, the Chinese Communist Party uses money, rather than Communist ideology, as a powerful source of influence, creating parasitic relationships of long-term dependence.’”

The committee’s report named two countries — Russia and China — among those conducting “sophisticated and pervasive foreign interference activities against Canada.”

But intelligence officials and former diplomats, including Canada’s former ambassador to China, believe China is the greater threat, in large part because the country has been successful in “elite capture.”

“China is the No. 1 threat to Canada and has been for some time,” David Mulroney, former ambassador to China, said in an interview.

China has used its economic leverage to secure “the voices” of political and business leaders in Canada with “sweetheart business deals” and “various inducements,” including lucrative board positions or honours in China, he said.

And as a result, Mulroney said he often hears people reciting Beijing’s line on issues such as the extradition case of Huawei executive Meng Wanzhou or are silent in the face of China’s mass detention of Uyghurs and incursions on democracy in Hong Kong.

“There are people a lot more senior than I was in government, and they have some serious business links with China,” Mulroney said. “China is very willing to weaponize trade and investment to compel people to say what they want them to say.”

The argument that Mulroney and experts interviewed by Global News make is not that all Canadian politicians and businesses that have traded with China have been influenced. Rather, they say, Beijing has targeted elites and deftly attempted to interweave the CCP’s interests with Canada’s economic interests, seeking to bend major decisions away from Canada’s democratic values.

And they say Canadians should see Hong Kong as a case study.

But recent events in the United States, Australia and Canada suggest that pushing back on China’s interference could have consequences. In 2019, China called for the firing of an NBA executive who tweeted support for Hong Kong, using the NBA’s business in China as leverage.

And Australia has faced trade sanction threats and was targeted in sophisticated state-based cyberattacks, its government said in June. Australia recently pressed for an international probe of Beijing’s actions in the coronavirus pandemic and Australia’s intelligence experts say China is likely behind the attacks. China denies the accusation.

And on Monday, Beijing warned Prime Minister Justin Trudeau to “stop making irresponsible remarks,” according to The Associated Press, after Trudeau told reporters Beijing’s decision to charge Canadians Michael Kovrig and Michael Spavor with spying was related to the Meng case.

But despite warning signs of China’s incursions, Canadian academics, think tanks and media have been way behind the international curve in scrutinizing China’s “clandestine” tactics, Mulroney said.

“Canada is kind of a sleepy and unaware target,” he said. “We don’t have the same kind of vigilance that you now see in places like Australia and New Zealand. That had better change.”

China uses a vast network of political, business and media operatives directed from Beijing, known as the United Front, in attempts to co-opt Chinese-Canadian communities and leaders, Mulroney and the experts interviewed by Global News said.

In it, Joske defines the United Front as “the system at the heart of the Chinese Communist Party’s (CCP) efforts to influence foreign politicians, meddle in ethnic Chinese communities and transfer technologies from abroad … it is an exportation of the CCP’s political system (which) undermines social cohesion, exacerbates racial tension, influences politics, harms media integrity, facilitates espionage.”

He believes the United Front could be just as active in Canada as it is in Australia, where an alleged United Front leader, billionaire and casino high-roller became a major funder of Australian political parties. An Australian senator also allegedly accepted funds from Chinese agents and touted China’s South China Sea policy against Australia’s position after the billionaire threatened to withdraw a $400,000 political donation.

Joske said in order to understand the United Front, people should look at China’s patient campaign to control Hong Kong, where China has used front groups to co-opt political leaders, tycoons and institutions since the 1990s.

“Hong Kong is a long way down the track,” Joske said. “But by looking at Hong Kong, you understand how the United Front works.”

Joske’s report also underlined the United Front’s mobilization during the COVID-19 pandemic — in Australia, Canada, the U.S. and U.K., Japan, Argentina and the Czech Republic — “to gather increasingly scarce medical supplies from around the world and send them to China.”

And based on China’s success using United Front networks during the coronavirus pandemic, Beijing can be expected to ramp up the intensity of its United Front interference worldwide as tensions between China and the world rise in the post-COVID-19 landscape, Joske said.

“The CCP’s attempts to interfere in diaspora communities, influence political systems and covertly access valuable and sensitive technology will only grow.”

But China does not acknowledge the United Front facilitates espionage.

Experts describe Beijing as holding out carrots and sticks.

And unfortunately, it is Chinese diaspora communities that often face the sticks. According to the Canadian Security Intelligence Service, China uses “a range of tactics including threats, harassment, detention of family members abroad and refusal to issue travel documents or visas.”

And Fung said she believes China has successfully influenced “many elected officials.”

READ MORE: Canadian mayors may have unwittingly been targets of Chinese influence campaign

“They could be bribing, offering money or material benefits to targets in the decision-making process,” Fung said. “Many elected officials are offered free tours to China. And many, when they returned, seem to have changed their positions towards China.”

Tensions reached a new level in August 2019, Fung said, when Hong Kong Canadians were targeted in anti-democracy counter-protests in a number of Canadian cities.

Fung pointed to a Hong Kong democracy counter-rally at Toronto’s Old City Hall on Aug. 17, where she says her group was surrounded by students and middle-aged leaders, who Fung associated with Toronto United Front groups.

A similar conflict occurred in Vancouver on Aug. 18 when a pro-China crowd surrounded a church where Hong Kong Canadians were praying.

By comparing photos and video of the event with pictures of meetings involving Chinese consulate officials, Global News sources identified several senior members in the crowd as directors of a pro-CCP association, which Chen Yonglin, a defected Chinese diplomat, alleges is a “controlling level” United Front group in Canada.

The pro-CCP association is part of the Overseas Chinese Affairs Office, a United Front group that Beijing uses to influence the Chinese diaspora, according to a 2018 report from the U.S.-China Economic and Security Review Commission.

“United Front work is Beijing’s strategy to influence overseas Chinese communities, foreign governments and other actors … mainly through economic or financial inducement,” the commission’s chair Robin Cleveland and vice-chair Carolyn Bartholomew told Global News in a statement. “The CCP considers ethnic Chinese everywhere to ultimately be Chinese subjects, regardless of their citizenship, and seeks to treat them as resources to assist in ‘the great rejuvenation of the Chinese nation’ whether they like it or not.”

The academic asked to remain anonymous because of fears that officials in Chinese consulates could interfere with their ongoing research.

“Many in the Chinese-Canadian diaspora do not want to have anything to do with the Chinese government. But unfortunately, immigrants from China and Hong Kong are not completely free from the government’s control and surveillance,” the academic said.

How Australia has combated the United Front

Most experts interviewed by Global News said Australia’s legislative reforms should be a model for other countries combating China’s interference campaigns.

In an interview, McGuinty, the intelligence committee chair, said the report underlined how Australia has taken concrete measures since 2018, including adding new offences to its Criminal Code.

The report says the new offences “provide a high degree of specificity on offences and threat activities, including on whether the activity was in the planning stages, intentional, reckless or funded by a foreign intelligence service.”

The penalties range from 10 to 20 years’ imprisonment. And “the legislation creates a new transparency scheme that prescribes the registration of persons acting as agents of foreign principals and requires regular public disclosures.”

1:06Trudeau questioned on reports of pressure from Chinese government on Chinese-Canadian citizens

In an interview, Mulroney said: “We need to invest in national security and insist on greater transparency.”

He said currently, Canadians have no real idea whether influential politicians and businesspersons are acting for China or Canada. And it is extremely difficult to hold Canadian citizens that may be acting against Canadian interests to account under current laws.

“What Australia have done is give transparency requirements some legal teeth,” Mulroney said. “And they use their intelligence apparatus to make the case against people that are not transparent. And I think we need to consider these things so Canadians become far more aware of who is speaking for whom.”

“Legislative tools on corruption and fishy transactions need to be closely monitored and put under Parliament’s radar,” Fung said. “Australia has all kinds of legislative tools to handle political collusion.”

McGuinty was asked by Global News to explain the evident gap between Canadian intelligence’s strong warnings of China’s interference and the federal government’s response.

McGuinty reiterated that the committee recommendations are bipartisan and straightforward, and the committee purposefully chose Australia as an exemplar to be considered by Prime Minister Justin Trudeau’s government.

“We believe the government needs to up its game when it comes to foreign interference,” he said. “There is lots of room for improvement.”

But University of B.C. China expert Prof. Paul Evans, who has argued for closer ties with China and published research indicating Canadians are losing confidence “about the role of the United States” in global affairs, told Global News “the discourse of ‘capture’ is especially dangerous.”

Evans draws a distinction between influence and “interference activities” and says “it is very difficult to estimate how many such incidents happen in Canada each year.”

“My sense is that they are comparatively rare,” Evans wrote in an email response. “It is unproductive to talk about undermining ‘institutions’ without specifying which ones are being discussed.”

Evans said it is “dangerous” to rely on Australia’s data and examples of foreign interference, and assume the same kinds and scale of interference activity is occurring in Canada.

“We have reached a dangerous phase of our debates about China policy where advocates of engagement, past and present, are being attacked not just for the content of their views and actions but also for their integrity and even loyalty,” Evans wrote. “This is vile terrain and reminiscent of the worst of the McCarthy era and anti-communist actions in the United States in the 1950s.”