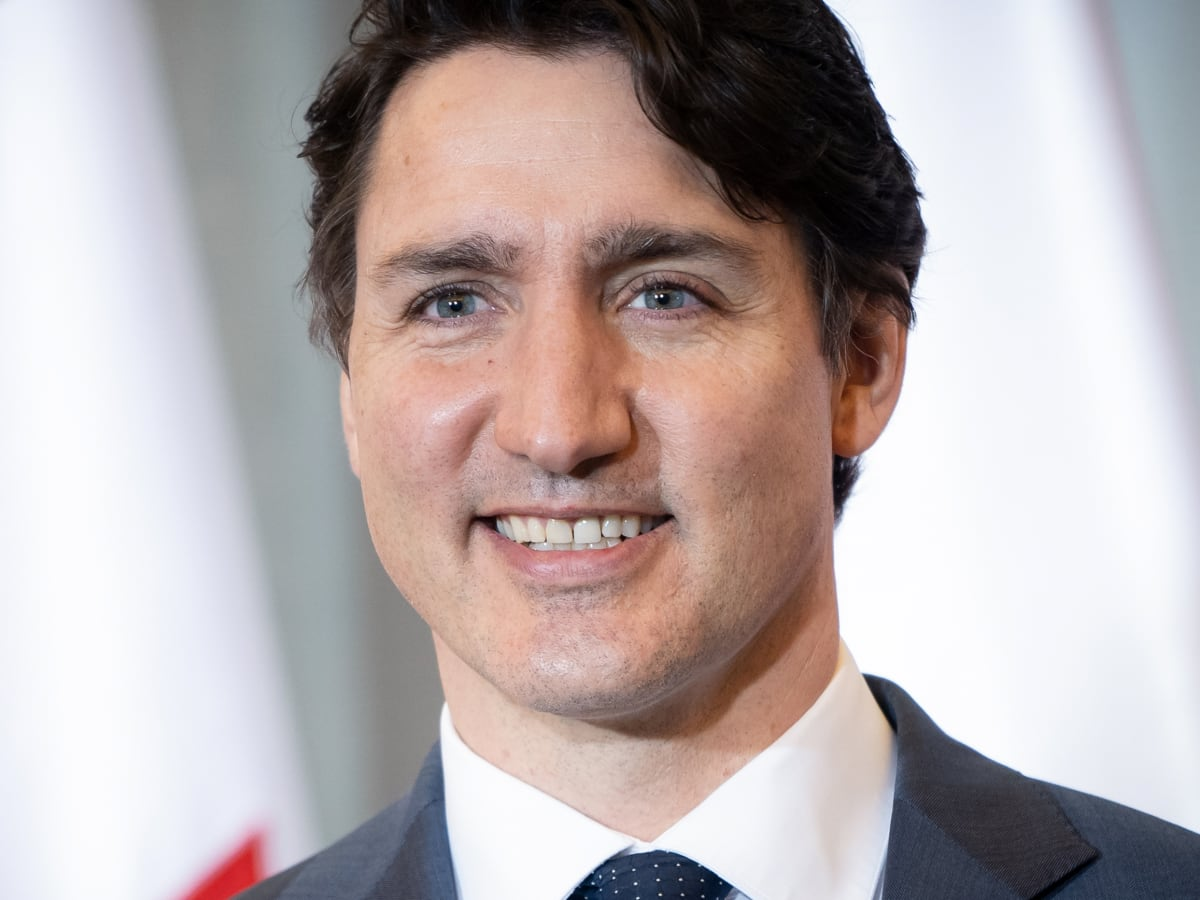 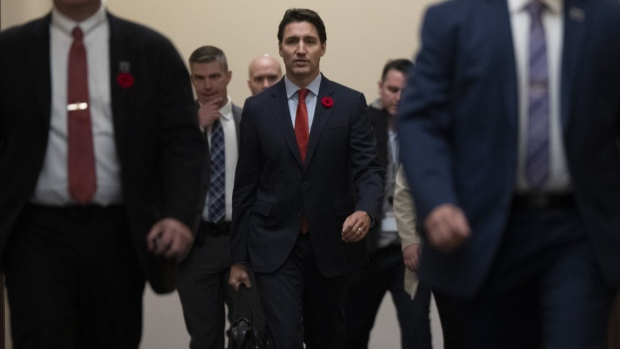 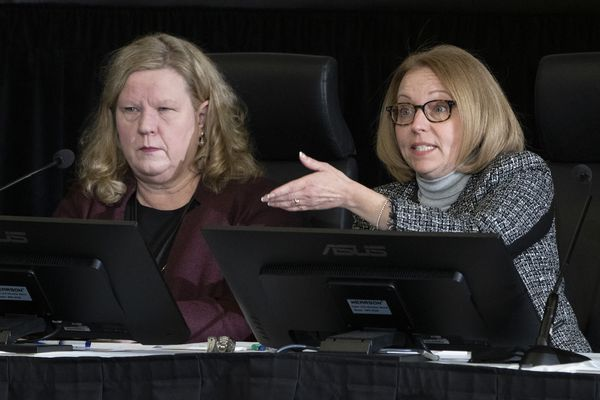 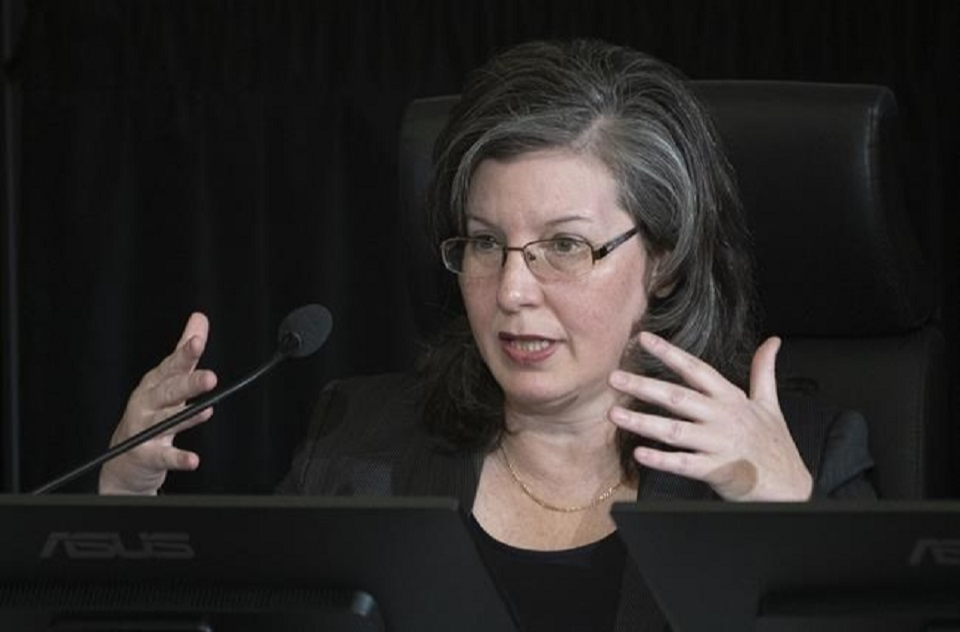 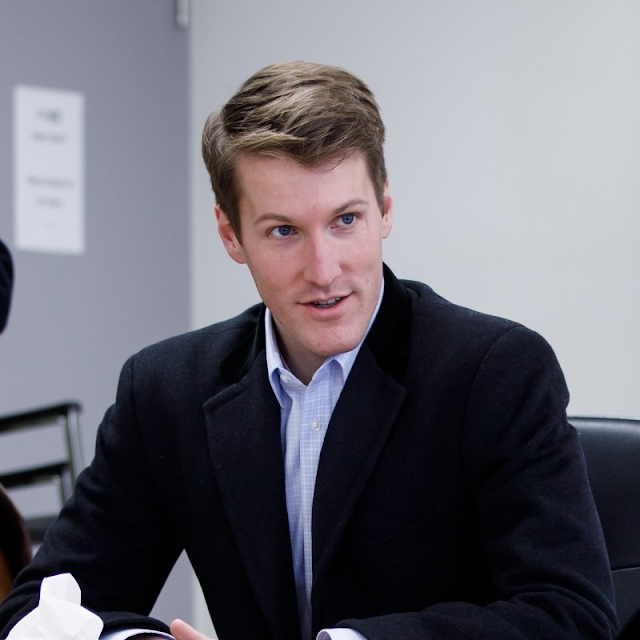 OTTAWA — The final sprint is on at the Public Order Emergency Commission, which has already heard from more than 60 witnesses over five weeks on the government's response to last winter's "Freedom Convoy" protests.

Prime Minister Justin Trudeau and seven cabinet ministers will appear this week before the inquiry tasked with scrutinizing their decision to invoke the Emergencies Act in response to weeks-long demonstrations that overran downtown Ottawa and allegedly choked border crossings.

The head of the Canadian Security Intelligence Service and two others from the spy agency will also testify this week, along with three senior staffers from Trudeau's office, including chief of staff Katie Telford.

Those involved in the protests, which were organized in opposition to COVID-19 vaccine mandates and the Liberal government, are also expected to make an appearance by filling seats in the inquiry's public viewing area at Library and Archives Canada in downtown Ottawa. A heavy "presence" expected especially on the day of Trudeau's testimony.

Armed with an extraordinary trove of internal documents from multiple police services and all levels of government, the inquiry has heard about confusion, conflict and alleged mismanagement by police leaders in the lead-up to the decision to invoke the act.

On the primary question of whether Trudeau's cabinet was right to move ahead with the act, many witnesses said its tools were helpful. But very few, except some of those closest to Trudeau, said they had recommended its far-reaching powers in advance.

Questions are sure to arise after last week's testimony of Trudeau's national security adviser Jody Thomas suggested that officials were relying on an ability to take a broader interpretation of what constitutes a "threat to national security" than what is outlined in the CSIS Act definition that the Emergencies Act relies on — even as she insisted both acts need to be modernized to reflect how threats have evolved. 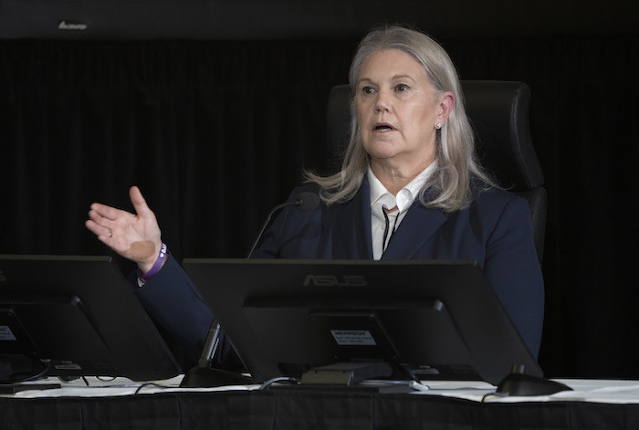 But now that it's time to get to the heart of the matter, how much will the decision-makers actually say?

It's fair to expect Trudeau and other ministers will "speak fairly freely," said a government source, speaking on condition of anonymity because they were not authorized to comment on the matter publicly. But their testimony will be subject to the same limits that lawyers have already encountered during the inquiry.

Last week, inquiry commissioner Paul Rouleau clarified the agreement that commission lawyers struck with the federal government about what can be brought up during testimony.

Any "inputs" to cabinet members, including advice from non-ministers and information put in front of them, can be made public, he said. But the discussions between ministers themselves, and what each minister said, is still considered confidential material.

Cabinet documents, private emails and text messages and typically classified intelligence reports have all been tabled as evidence, but many are heavily redacted for cabinet confidence, solicitor-client privilege or national security reasons.

Here's a look at who is being called to testify this week, in the order they are expected to appear:

— David Vigneault, director of CSIS; Michelle Tessier, deputy director of operations at CSIS; and Marie-Hélène Chayer, executive director of the Integrated Terrorism Assessment Centre within CSIS: The three are expected to appear on a panel and discuss the assessment CSIS prepared that said the protests did not constitute a threat to national security per the legislated definition used by the agency. 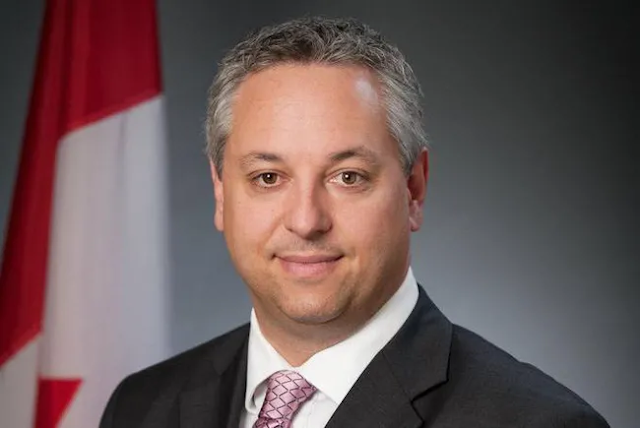 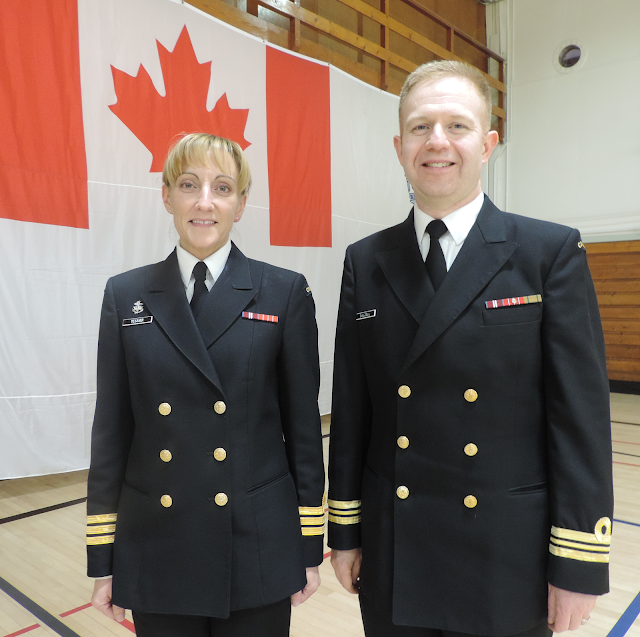 — Emergency Preparedness Minister Bill Blair: The former Toronto police chief is likely to be asked about his assessment of policing decisions that were made as the "Freedom Convoy" unfolded, and his apparent differences of opinion with former Ottawa police chief Peter Sloly and officials in the Alberta government. 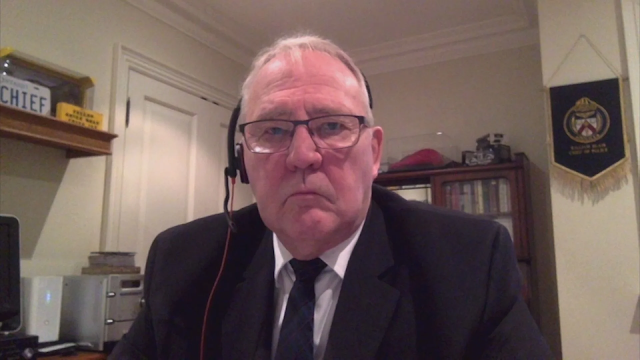 — Marco Mendicino: As public safety minister, his portfolio includes partnerships with CSIS, the RCMP and the Canada Border Services Agency. He'll face questions over his suggestion earlier this year that police requested the Emergencies Act when they later asserted they did not. And he may be asked about texts in which his press secretary suggested a media strategy around "more extreme elements" of the protest. 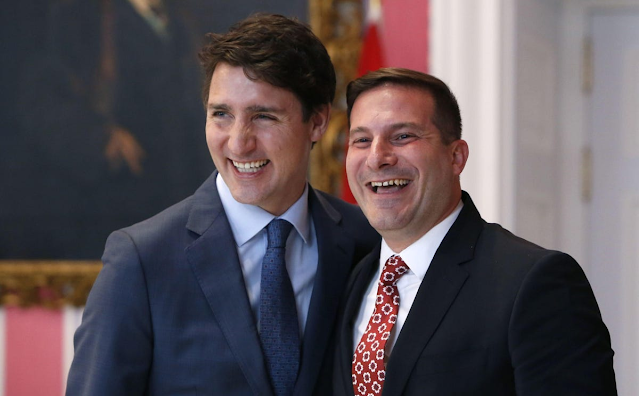 — Intergovernmental Affairs Minister Dominic LeBlanc: his file governs federal relationships with the provinces, which testimony suggests so far weren't always smooth last winter as Ottawa grappled with how to respond to Canada-U.S. border blockades in Ontario and Alberta. 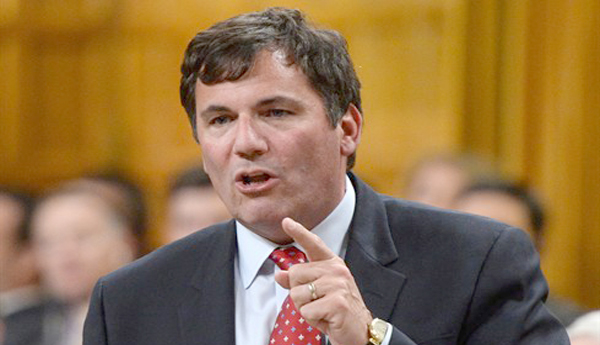 — Justice Minister David Lametti: As the federal attorney general, Lametti's answers may be further restrained by solicitor-client privilege. Earlier this year, he cited that legal issue multiple times as he prefaced his answers at a parliamentary committee studying the emergency declaration. 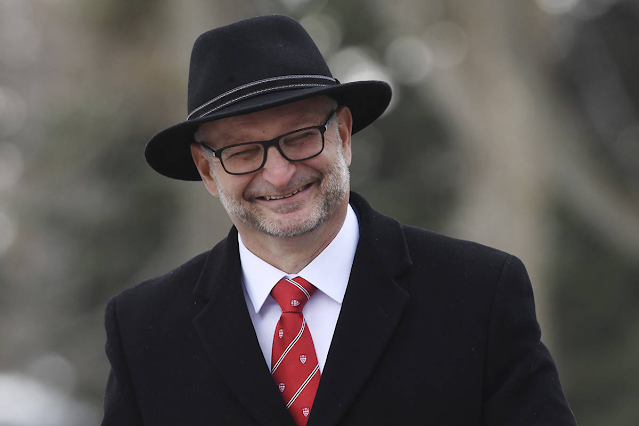 — Defence Minister Anita Anand: Though Alberta requested help from the Canadian Armed Forces as it handled the blockade at the border town of Coutts, the military was explicitly excluded from Trudeau's plans around the use of the Emergencies Act, according to handwritten notes taken by government staffers during his consultation with premiers before its invocation. 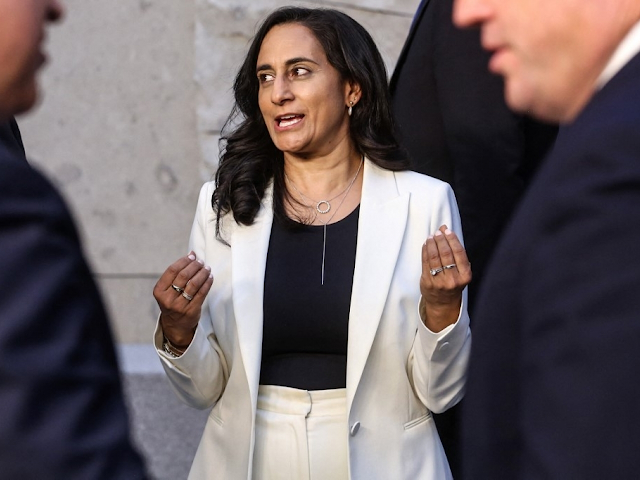 — Transport Minister Omar Alghabra: He is likely to be asked about the economic costs of border blockades, the chief line of inquiry for transport officials who appeared last week. It was a Transport Canada estimate that found as much as $3.9 billion in trade activity had been halted due to the protests. 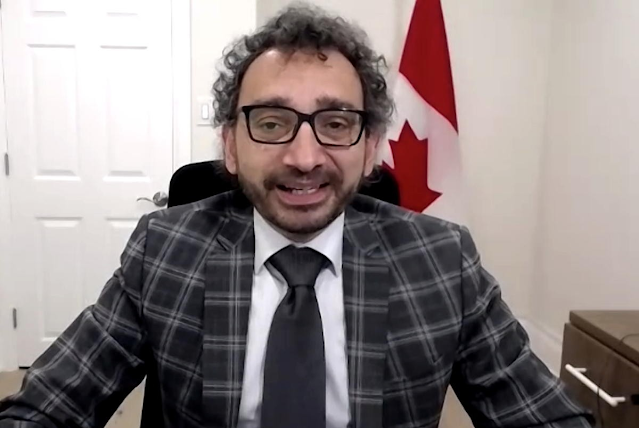 — Chrystia Freeland, finance minister and deputy prime minister: In addition to the questions that arise from her senior role in the cabinet, Freeland will surely be asked about the economic regulations implemented under the Emergencies Act, which allowed financial institutions to freeze the bank accounts of demonstrators. 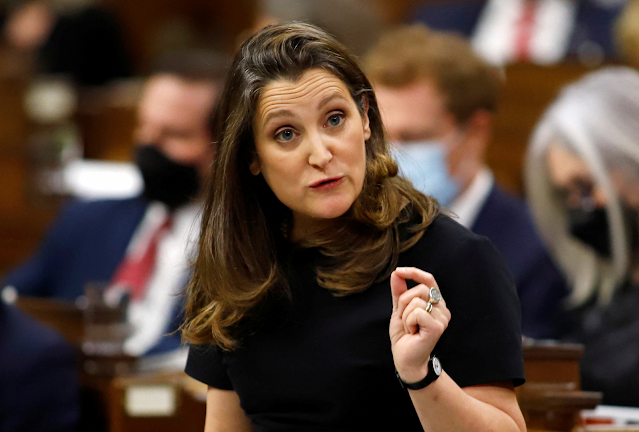 — Katie Telford, Trudeau's chief of staff; Brian Clow, her deputy; and John Brodhead, the director of policy in the Prime Minister's Office: Trudeau's senior staffers will appear on a panel and will face questions about the advice he received in the lead-up to the decision and the amount of information his office held about how the situation was evolving. 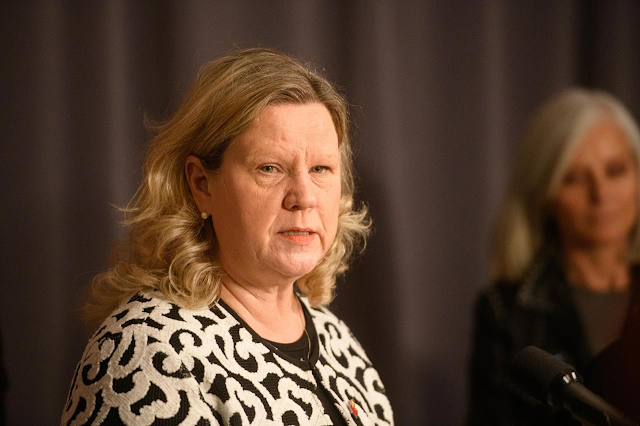 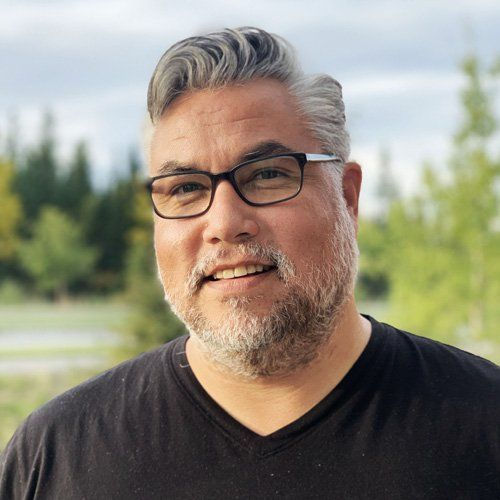 — Prime Minister Justin Trudeau: his much anticipated testimony will cap the six weeks of hearings at the commission. He bears ultimate responsibility for the use of the Emergencies Act and is the country's leading expert on why the decision was made. 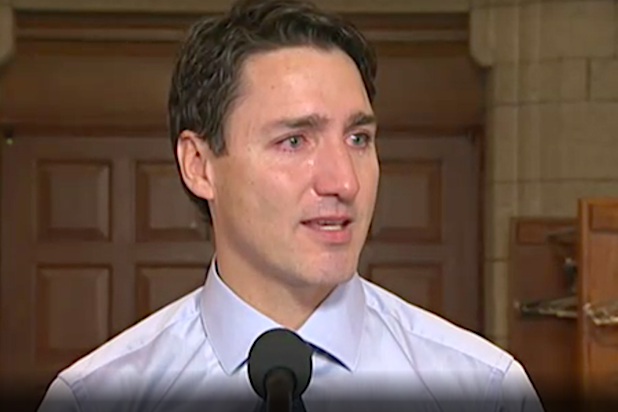