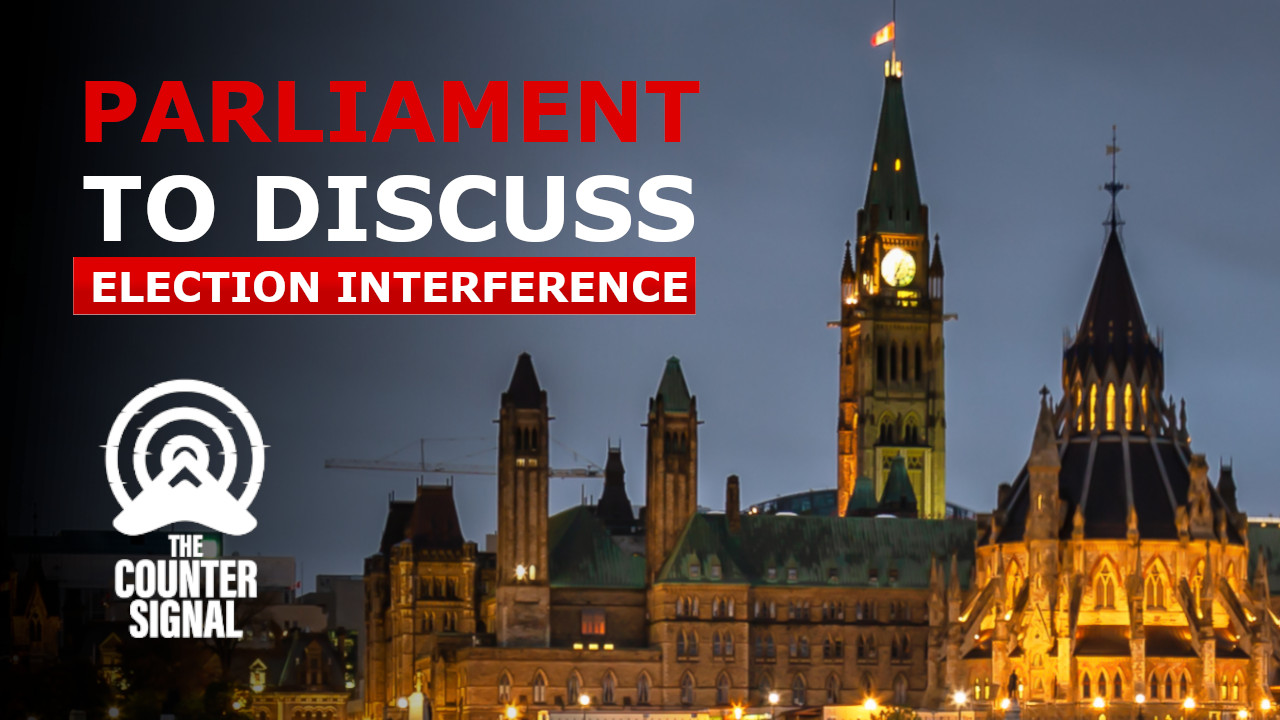 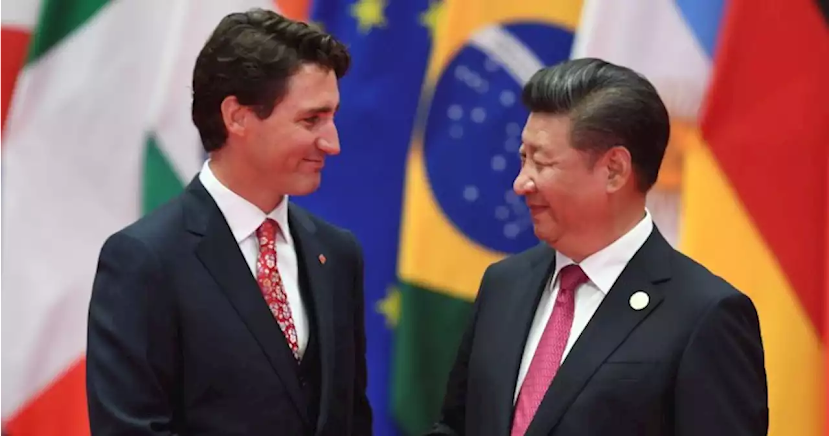 Members of Parliament are requesting an emergency House of Commons committee meeting in light of what they call a “troubling” report first published by Global News that China has allegedly been targeting Canada with a vast campaign of foreign interference.

Conservative Leader Pierre Poilievre announced the planned request on Wednesday during a press conference in Vancouver. The formal request was shared in a tweet by Conservative MP Michael Cooper, who is the shadow minister for democratic reform.

Cooper shared the letter sent to the chair of the Standing Committee on Procedure and House Affairs on Wednesday, which was co-signed by NDP MP Rachel Blaney and Bloc Quebecois MP Marie-Hélène Gaudreau. Committees have five days to hold a meeting in response to a written request by at least four members.

The letter requests a meeting in public as soon as possible, but not on Remembrance Day on Nov. 11, to “determine how the Committee should respond” to the interference allegations in the report.

Global News reported on Monday that Canadian intelligence officials have warned Prime Minister Justin Trudeau that China has allegedly been targeting Canada with a vast campaign of foreign interference, which includes funding a clandestine network of at least 11 federal candidates running in the 2019 election, according to Global News sources.

Delivered to the prime minister and several cabinet members in a series of briefings and memos first presented in January, the allegations included other detailed examples of Beijing’s efforts to further its influence and, in turn, subvert Canada’s democratic process, sources said.

Based on recent information from the Canadian Security Intelligence Service (CSIS), those efforts allegedly involve payments through intermediaries to candidates affiliated with the Chinese Communist Party (CCP), placing agents into the offices of MPs in order to influence policy, seeking to co-opt and corrupt former Canadian officials to gain leverage in Ottawa, and mounting aggressive campaigns to punish Canadian politicians whom the People’s Republic of China (PRC) views as threats to its interests.

Poilievre on Wednesday accused Trudeau of not taking any action regarding China’s alleged interference efforts since hearing of it in January.

“(Justin Trudeau) has failed to protect our democracy,” Poilievre told the press Wednesday. The Conservatives called for a “robust plan” on Tuesday to counter alleged Chinese foreign interference.

The Procedure and House Affairs committee is currently studying foreign election interference and heard from Canadian Security Intelligence Service (CSIS) officials on Nov. 1 in a public hearing. Then, Michelle Tessier, the deputy director of operations for the Canadian Security Intelligence Service (CSIS) said that the spy agency is “increasingly concerned” about China’s attempts to influence Canadian politics.

“They are an actor in foreign interference, and we have said that publicly … that we are concerned about the activities regarding threats against the security of Canada, including foreign interference by the Chinese Communist Party,” Tessier told MPs.

Cooper’s office said, though, that an emergency meeting is necessary to make sure the latest allegations are on the agenda.

“We have taken significant measures to strengthen the integrity of our elections processes and our systems, and we’ll continue to invest in the fight against election interference, against foreign interference of our democracy and institutions,” Trudeau told reporters in Montreal.

“Unfortunately, we’re seeing countries, state actors from around the world, whether it’s China or others, are continuing to play aggressive games with our institutions, with our democracies.”

“We won’t let any foreign actor meddle in our democracy. Period,” she said.

A spokesperson for the Chinese foreign ministry said on Tuesday that “China is not interested in Canada’s internal affairs.”

Prime Minister Justin Trudeau was warned by CSIS in January that China had interfered in the 2019 election.

Since then, he’s done nothing about it, which is all you need to know about his government’s claim that they will take a tough position on China going forward.

The news that at least 11 candidates, Liberals and Conservatives, had been targeted, and perhaps assisted, even funded, by a Chinese campaign of foreign influence broke on Monday. An in-depth report by Sam Cooper of Global News detailed how the Chinese consulate in Toronto had used intermediaries to provide funds and campaign staff to favourable candidates, some linked to the Chinese Communist Party.

The government hasn’t denied any of this despite both Global Affairs Minister Melanie Joly and Trudeau himself being asked about the report.

“Unfortunately we’re seeing that countries, state actors from around the world, whether it’s China or others, are continuing to play aggressive games with our institutions, with our democracies,” Trudeau said when asked Monday. That’s as tough as he got.He didn’t promise to push back on China’s attempts to interfere with our elections nor suggest how things would change. This is even more worrisome when you consider there is evidence China also interfered to defeat certain Conservative candidates in the 2021 election.

“It’s very troubling that the Prime Minister has known about allegations about foreign interference in Canadian elections since last January and he hasn’t taken any action,” Conservative Leader Pierre Poilievre said when speaking to reporters Wednesday.

“No foreign government should have any influence over our elections or our future,” he said. “That should reside in the hands of Canadians.”

Poilievre accused Trudeau of failing to protect our democracy.

He’s right, Trudeau has failed, he’s failed to even inform Canadians about this evidence or comment on the issue in general. He’s likely said more about allegations of foreign interference in American elections than he has Canadian.

That could have something to do with this interference helping his party. Chinese military scientists

Kenny Chiu was the Conservative MP for the Vancouver area riding of Steveston-Richmond East up until the 2021 election. He has said he was one of several Conservative MPs targeted with campaigns against them in Chinese language social media and news reports. 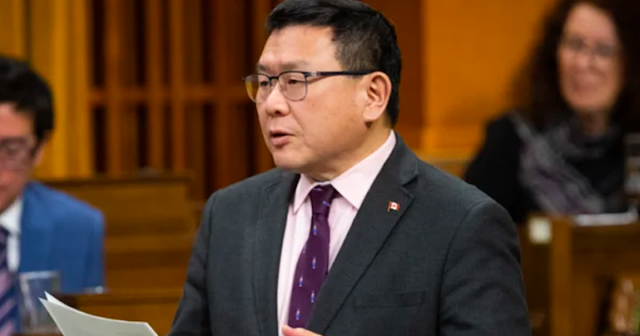 Have you heard Trudeau condemn China’s interference in either of the last two Canadian elections?

This week though, we heard a dubious claim that the Trudeau government would take a different view of China in its foreign policy stance.

“China is an increasingly disruptive, global power. It seeks to shape the global environment into one that is more permissive for interests and values that increasingly depart from ours,” Joly said Wednesday at a major address in Toronto.

Joly was asked about the reports of China’s interference and simply said we won’t allow foreign countries to interfere but didn’t provide any concrete examples of how the government will stop it.

We have been warned about foreign interference in our political process by China for more than a decade now and little has been done to stop it. In 2010, Richard Fadden, then the director of CSIS, said in an interview with CBC that there were politicians elected in Canada who were under the influence of foreign governments, including China.

The reaction from the Liberal Party was to demand his resignation, a position echoed by the Toronto Star. Since then, we’ve had more warnings, but failed to act, failed to even discuss the issue properly as a country.

This time, we can’t look away, we must examine what happened, determine what steps can be taken to protect our democracy from future interference and then act.

Anything less is simply letting China win and democracy lose.