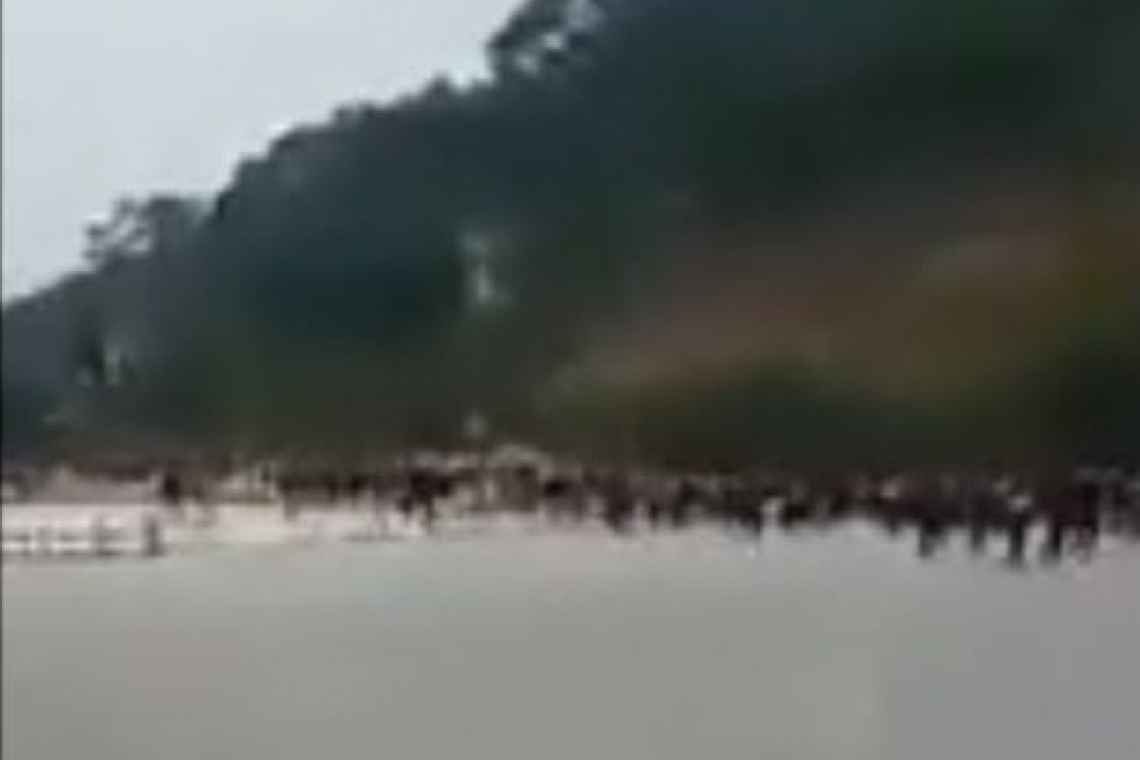 Things have gotten so terribly bad inside China, that literally TENS-OF-THOUSANDS of Chinese are FLEEING their country via an unguarded border crossing into Vietnam.  VERY MANY of these people are likely INFECTED with the new coronavirus!
As such, this disease will now begin spreading completely unchecked throughout Vietnam.  Here's the video from earlier on Wednesday:

Worse, many of these folks - and the thousands who fled earlier, are also crossing into Laos, Myanmar, then later into Thailand and Cambodia.  Those countries may very well get WIPED OUT by the surge of infected people fleeing from China.
MORE . . .
Once these folks make it to Vietnam or Laos, Thailand and Cambodia, there are not travel restrictions (yet) and those folks will be able to board aircraft and fly to pretty much any country on earth, bringing whatever virus they already have, with them.
In the video above, we are literally seeing history in the making; a global disease pandemic which cannot be stopped.
Why are these people fleeing?
Here's the newest reason:  ABSOLUTE QUARANTINE.  No one allowed out of their houses AT ALL . . . . not even for food or water!  Robotic drones going door-to-door telling Chinese people about the new rule:

People being SHOT DEAD for breaking Quarantine trying to get food:

People so hungry, they try climbing the OUTSIDE of their apartment buildings to try to get food, only to FALL TO THEIR DEATH:
Apartments full of DEAD BODIES:
Blood-soaked roads from DEAD BODIES BEING BULLDOZED INTO MASS GRAVES: