Coronavirus cases surging, has 'potential' to be global pandemic

China’s fatal flaw and other commentary


Italian authorities reported two new coronavirus deaths in the country on Monday, bringing the total number of fatalities to five as the European nation’s economy scrambles to recoup amid the outbreak.
The two deaths reported Monday were both men in their 80s from the Lombardy region, authorities said. The three other fatalities reported were also elderly, and most of the dead had serious underlying health problems.
Italy was thrown into a tailspin over the weekend, as more than 220 people were diagnosed with the deadly virus since Friday — the largest known outbreak outside Asia, according to the latest data. The vast majority of those infected are in the wealthy regions of Lombardy and Veneto.
Ten towns with a combined population of nearly 50,000 in Lombardy — close to the financial capital, Milan — have been placed under quarantine. Similar measures have been enacted in a small town in neighboring Veneto.
“To be honest, nobody thought the spread [of coronavirus] would be so aggressive,” Attilio Fontana, regional governor of Lombardy, told 102.5 RTL radio. “The illness is not serious, but it must not be underestimated.”
But Fontana said he is hopeful that the emergency measures would be helpful — and “in a matter of days, the spread of the virus will regress.”
Meanwhile, analysts warned that the fast-spreading illness could hurl Italy into its fourth recession in 12 years.
Enlarge Image

Milan, home to 1.3 million people, was unusually quiet Monday morning. The city’s iconic Gothic cathedral shuttered to the disappointment of tourists, trials were canceled and supermarket shelves were empty.
The Carnival of Venice was also canceled in an attempt to control the spread of the virus.

Italy’s tourism industry — which accounts for up to 13 percent of its gross domestic product — is also beginning to take a hit.

“We have been swamped by cancellations in the last few days, in restaurants, hotels, everywhere,” Patrizio Bertin, head of the Veneto branch of Italy’s trade lobby Confcommercio, told Reuters.
Cancellations were “raining down all over the region,” according to Marco Michielli, head of Veneto’s hoteliers association Federalberghi.
“I think the government has been excessively prudent,” he said. “To use a euphemism, it’s as though there were an Ebola epidemic.” 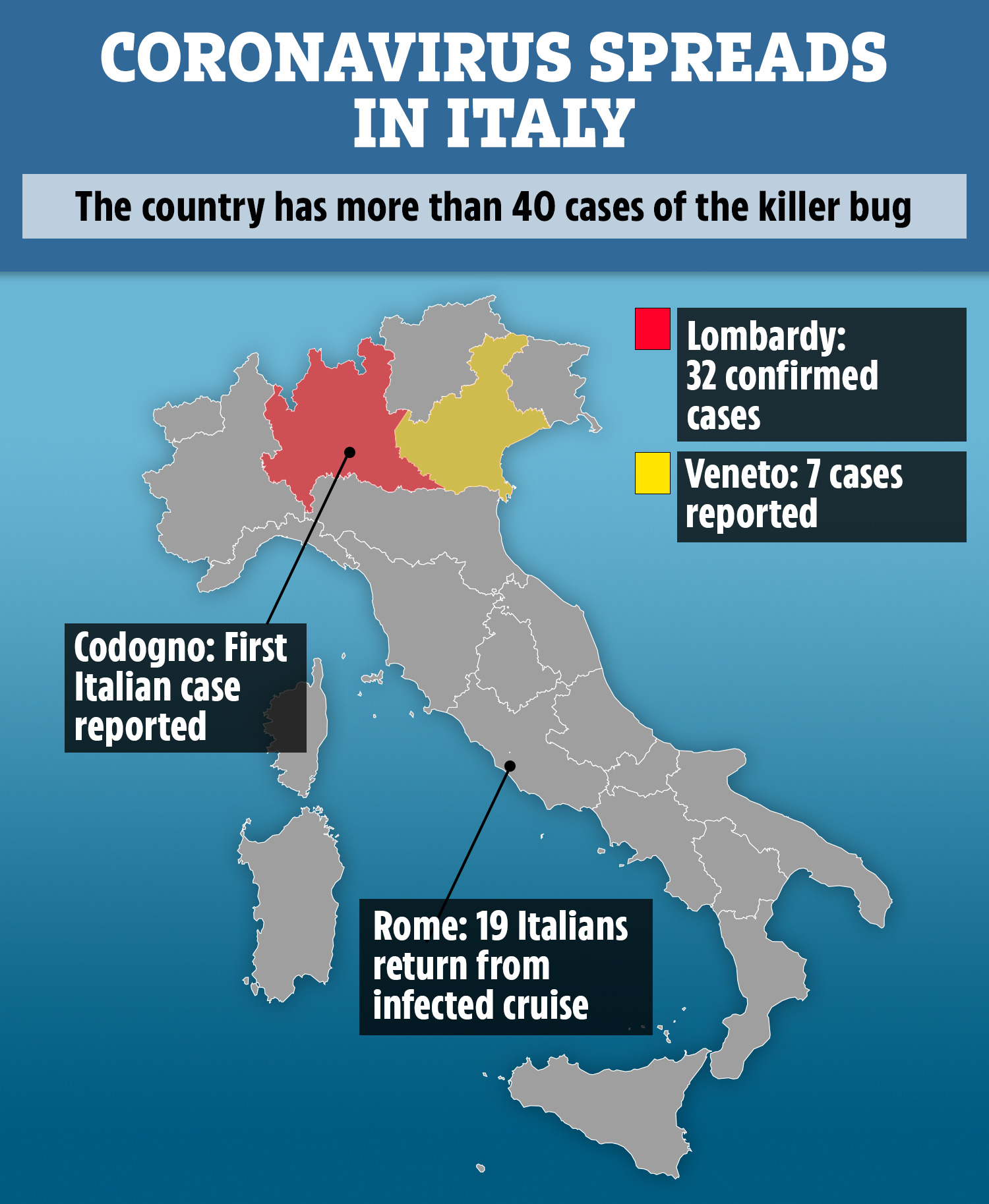 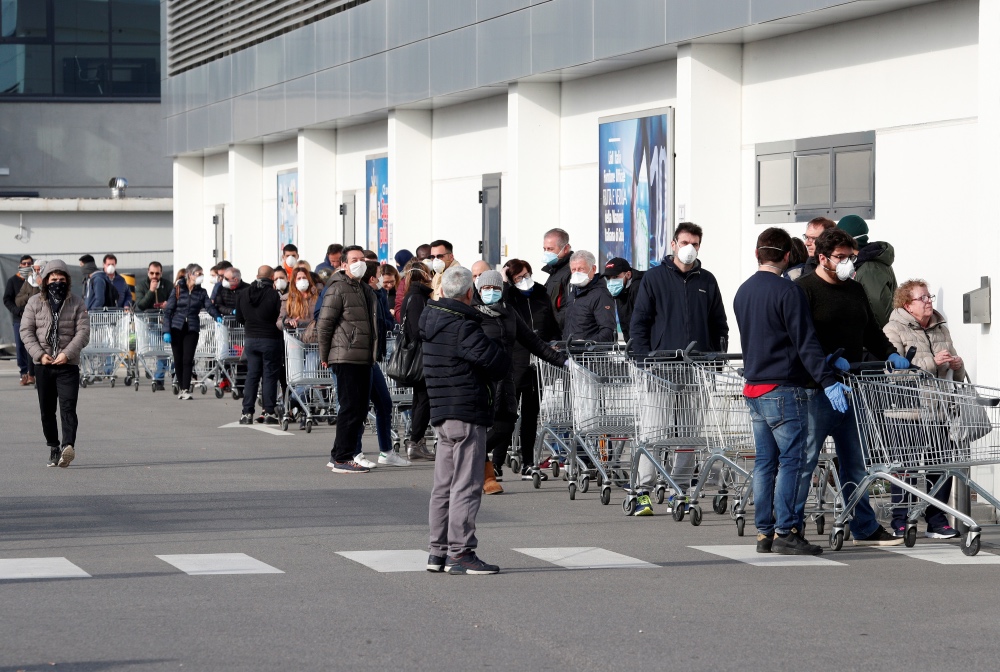 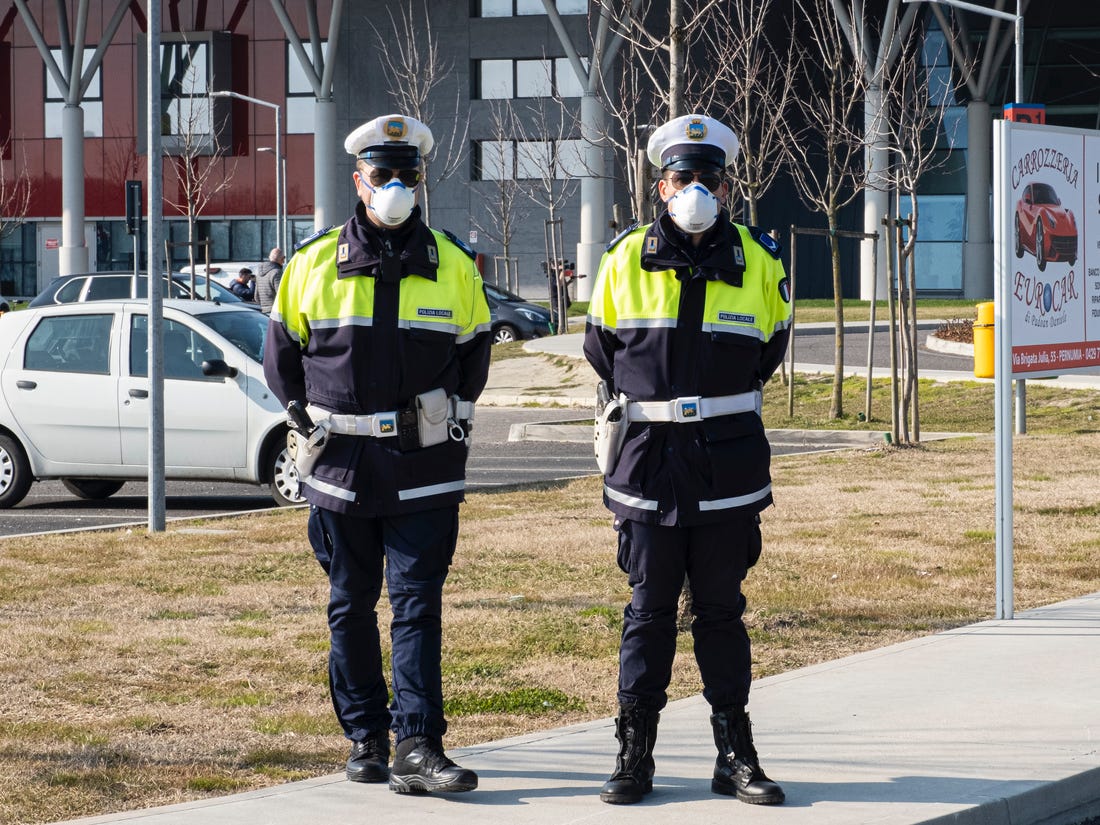