Coronavirus: Fears rise of Chinese cover-up as 56 million in lockdown and hospitals overwhelmed

A fraught medic screaming in anguish in a break-room.
The terrifying video clips, reportedly recorded by shocked citizens from hospitals in Wuhan, the epicentre of the deadly coronavirus that has swept across China and infected 21 in nine foreign countries, went viral on Chinese social media this week and did not paint a picture of a government in control.
In one of the most heartbreaking clips, posted by Chinese-Australian cartoonist, Badiucao, but which could not be independently verified and was reportedly deleted from the Weibo social media site, the sick are seen sitting between drips and oxygen tanks next to three dead bodies covered in white sheets. 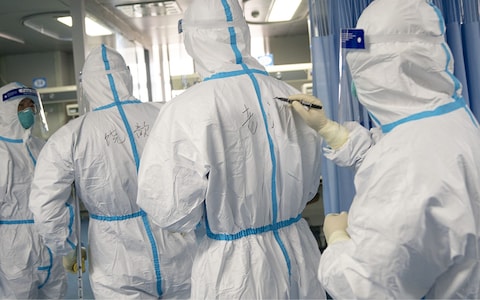 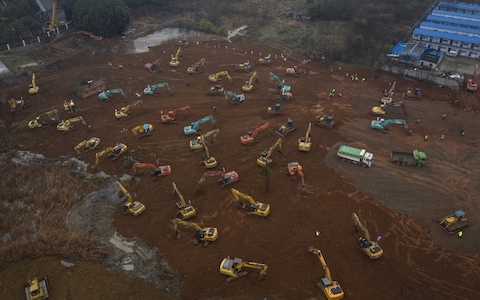 An army of excavators prepare the ground for a 1,000 bed hospital for coronavirus patients, which the Chinese authorities say will be ready in 10 days  CREDIT: GETTY IMAGES

After weeks of apparent delays in tackling the growing health emergency that first appeared from a Wuhan seafood market, the Chinese authorities suddenly swung into action this week with the draconian lockdown not only of the city of 11 million, but also severe travel curbs on more than 17 other cities in the surrounding Hubei province, corralling at least 56 million people.
The rapid, wide-sweeping quarantine raised questions about why such extreme measures were necessary - given that official figures of infections remain in the hundreds - and concerns about the implications for human rights and civil liberties.
With government censors still scrubbing the internet, it left trapped citizens afraid and in the dark.
“After spent few days in #Hubei, I feel sad for local residents including my mom & dad, as lots of them have not realized that #WuhanCoronavirus is a such big public health crisis until Jan 22-23. This is not normal, as the first outbreak was mid-Dec,” tweeted Qingqing Chen, a local reporter, alongside pictures of barren shop shelves. 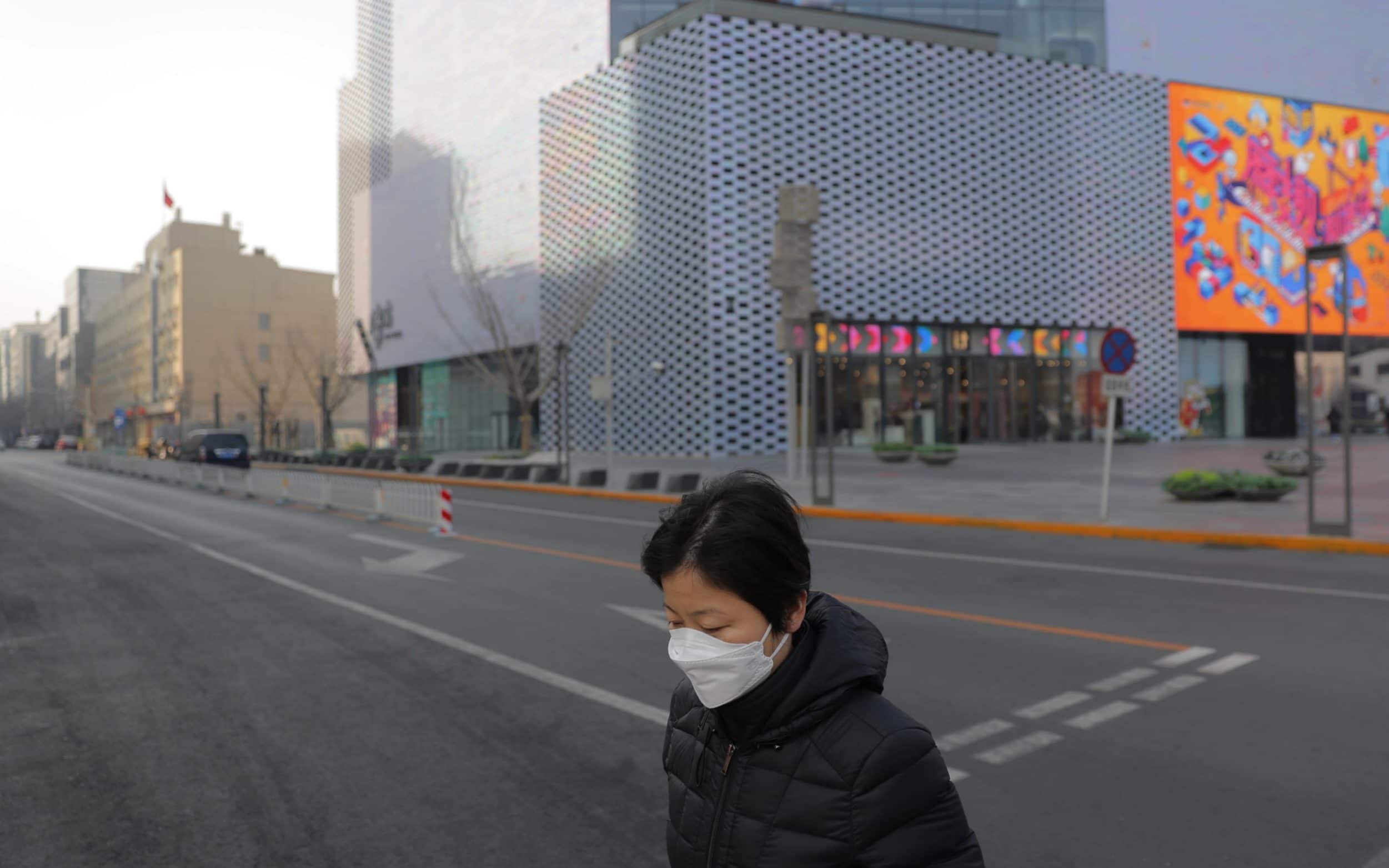 Even state media, normally known to parrot Beijing’s line, offered a rare glimpse into the despair and chaos on the ground, and an inkling that the authorities may be struggling to contain the outbreak.
The People’s Daily posted a video of a reportedly cured patient happily flashing the peace sign alongside four hazmat-suit wearing medics.
But the Global Times revealed that vital resources, including testing kits and protective gear such as masks, goggles hats and clothing were urgently needed, reporting that 40 military doctors had been dispatched to help flagging civilian doctors.
Sophie Richardson, China director at Human Rights Watch (HRW), said that the unexpected quarantine and China's broader response to the crisis also raised real concerns about transparency. 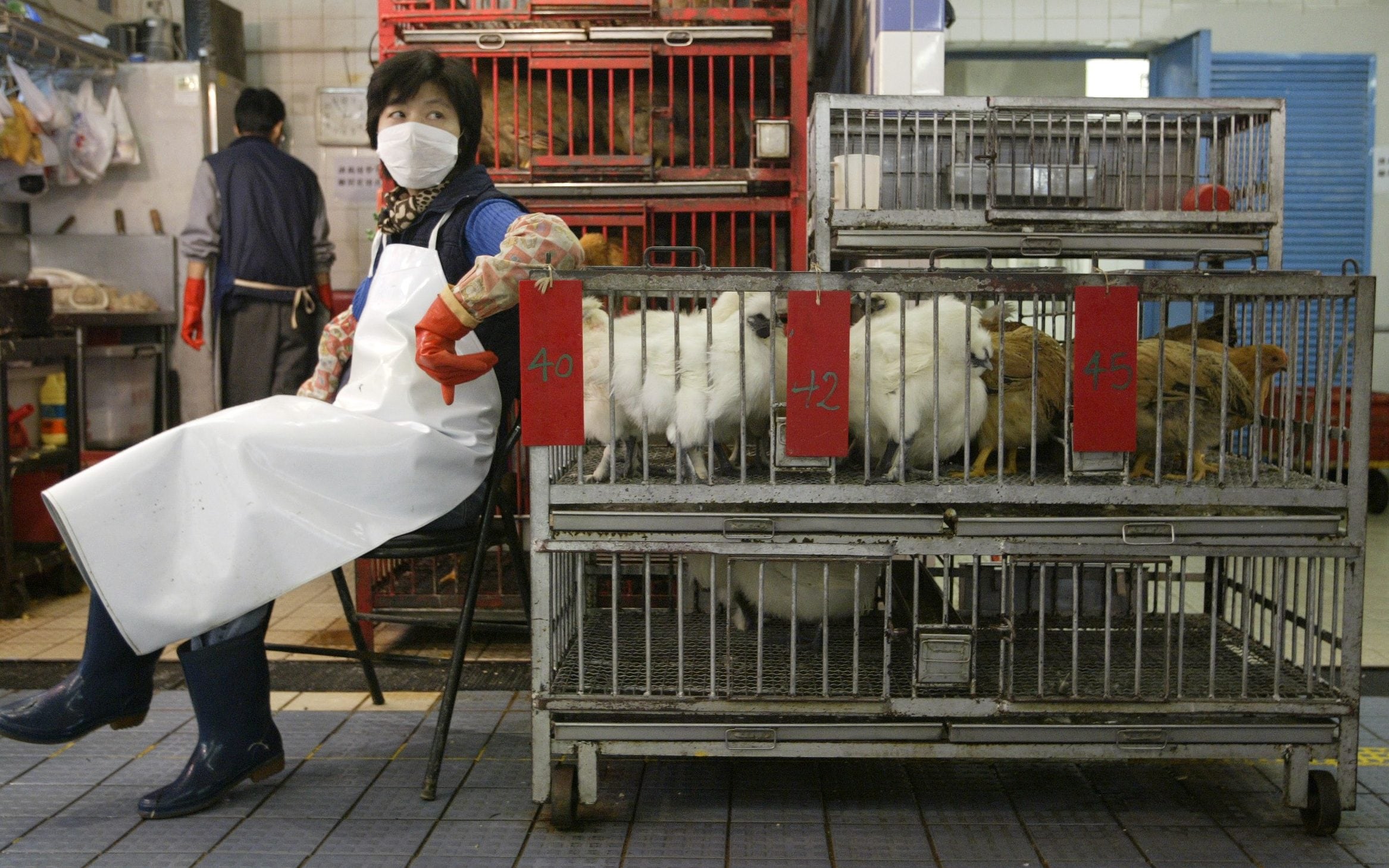 "From a medical and human rights perspective, it is essential in these situations that people can trust the information available," she told The Telegraph.
"I have real concerns about people who are supposedly "spreading rumours" being harassed by authorities, especially at a time when people are concerned they are not getting accurate information."
Many health experts who would have been "best equipped to sound the alarm about the coronavirus early" had been detained or their research halted because they were not working within the Chinese state system, she cautioned. "They have been treated as anarchists instead.”
The silencing of critics by an authoritarian regime that not only hides the truth from its population, but often creates a culture of fear that stifles the flow of bad news upwards, may offer some clues as to why the Wuhan crisis has seemingly spiraled out of control.
The first case was reported on December 8, when officials reported that it was under control and treatable. The police questioned eight people for allegedly spreading “rumours” online, and as late as last weekend, the authorities hosted a potluck banquet attended by more than 40,000 families.
It was only as the disease spread to other cities that their public denial ended and the government’s unplanned rapid response kicked in.
By Friday evening, the official death toll stood at 56, with more than 1,975 infected. The virus has now spread as far as the US and Europe, with three cases confirmed in France late on Friday.
The victims so far have mainly been aged between 48 and 89, with the vast majority older and with existing health conditions, although a young healthy man of 36 is also said to have died. 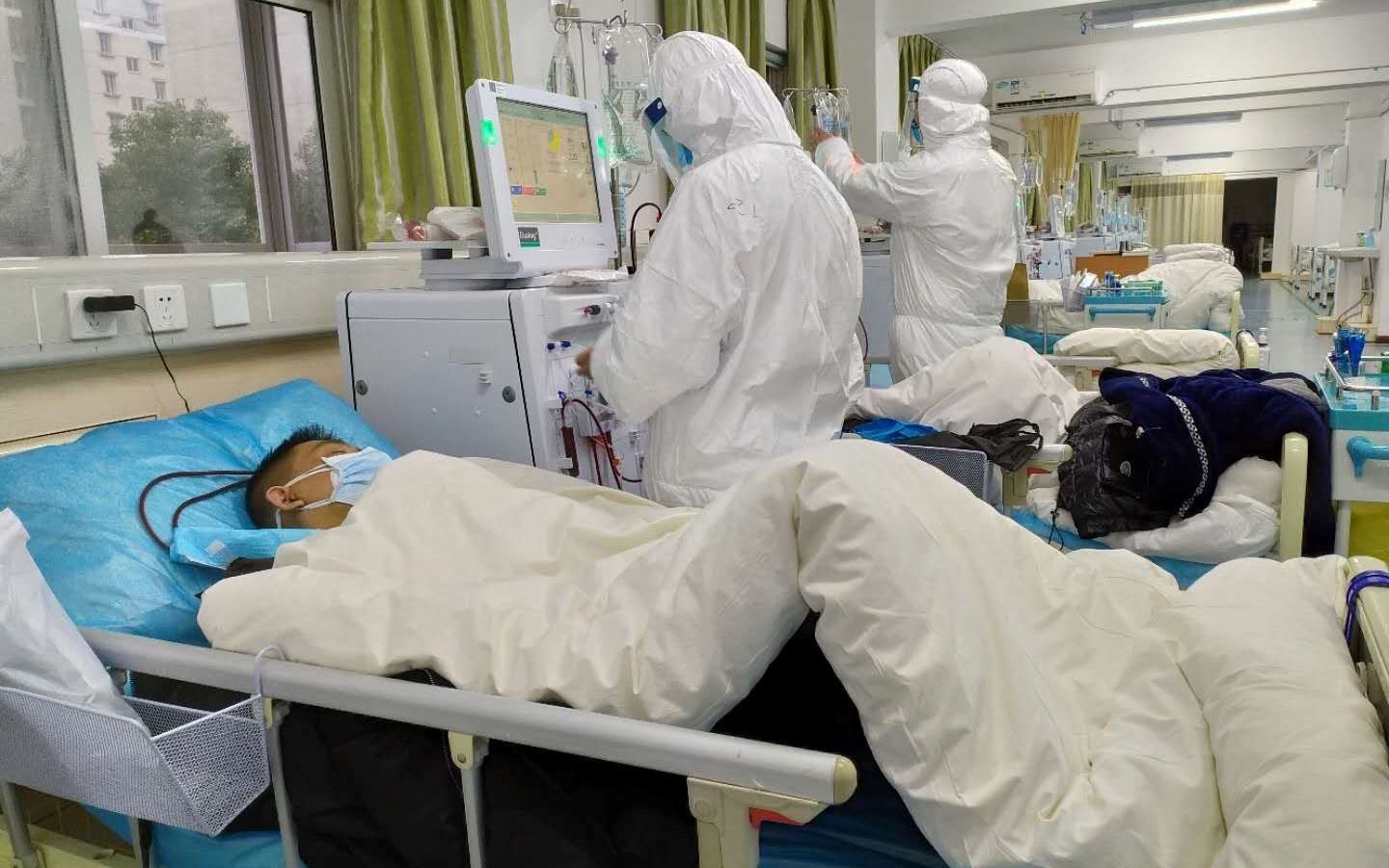 Two fatalities have been reported outside of Wuhan, with one some 1,500 miles away in the northeastern province of Heilongjiang, which borders Russia and Mongolia.
However, disease modelling experts from Imperial College, London, say the true figure in the city of Wuhan alone could be 4,000 and as high as 9,700 in the worst-case scenario.
State media also appeared to be prepping the public for a sudden leap in infections. On Thursday, the Global Times, citing Caixin, tweeted the unusually frank news that Wuhan doctors “predicted that the number of people becoming infected with the new coronavirus may eventually exceed 6,000.” 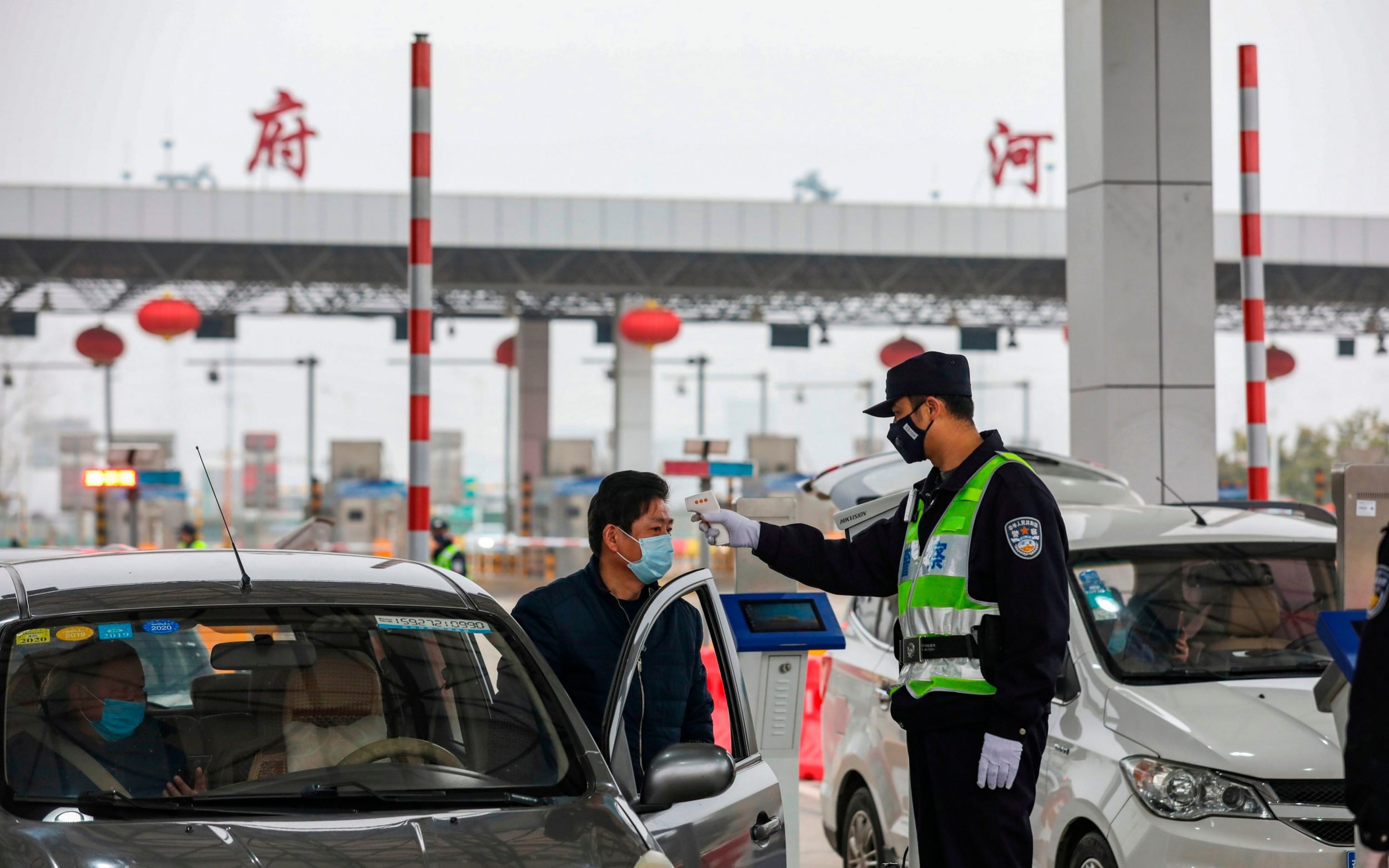 Wuhan’s rail, road and air links were sealed off on Thursday morning. By Friday, a total of 14 cities in central Hubei province suspended public transportation. Some shut down public venues, and all 70,000 of the country's cinemas, and Shanghai’s Disneyland will remain closed this weekend.
However, some outspoken doctors have warned that the severe restrictions are too little, too late to contain a virus that has already sprouted across Asia, and as far afield as the United States.
“A bigger outbreak is certain,” said Guan Yi, a virologist who helped identify SARS during an outbreak that killed some 800 people in 2003.
Mr Yi, who returned from Wuhan just before the lockdown, pointed out huge numbers of people would have already left ahead of the Lunar New Year holiday, which began on Friday.
They could have been incubating the virus "on their way out of Wuhan", he said.
“We have passed through the ‘golden period’ for prevention and control,” he told Caixin magazine from his self-imposed quarantine after visiting Wuhan. “What’s more, we’ve got the holiday traffic rush and a dereliction of duty from certain officials.”
Others warned that road blocks and controls could be circumvented by the elite.
"Especially people with money and connections, they're going to make a run for it... and they'll probably be successful," Zi Yang, a senior analyst at the S. Rajaratnam School of International Studies in Singapore, told AFP.
The lack of transparent data over the spread of the disease, which can be passed from human to human, has severe repercussions beyond mainland China.
In Hong Kong, which has two confirmed cases of the Wuhan virus so far but 236 patients under surveillance, Dr Arisina Ma, president of the Hong Kong Public Doctor's Association, told The Telegraph that medical staff were on edge as they feared China was concealing the true extent of the crisis.
“The data from China, the clinical characteristics of patients. We don’t know much about it. We do need to get correct figures about the scale of the epidemic in the mainland so that we can predict what our scale will be,” she said.
The financial hub has turned two holiday camps, including a former British military barracks, into quarantine zones for people who may have come into contact with carriers. 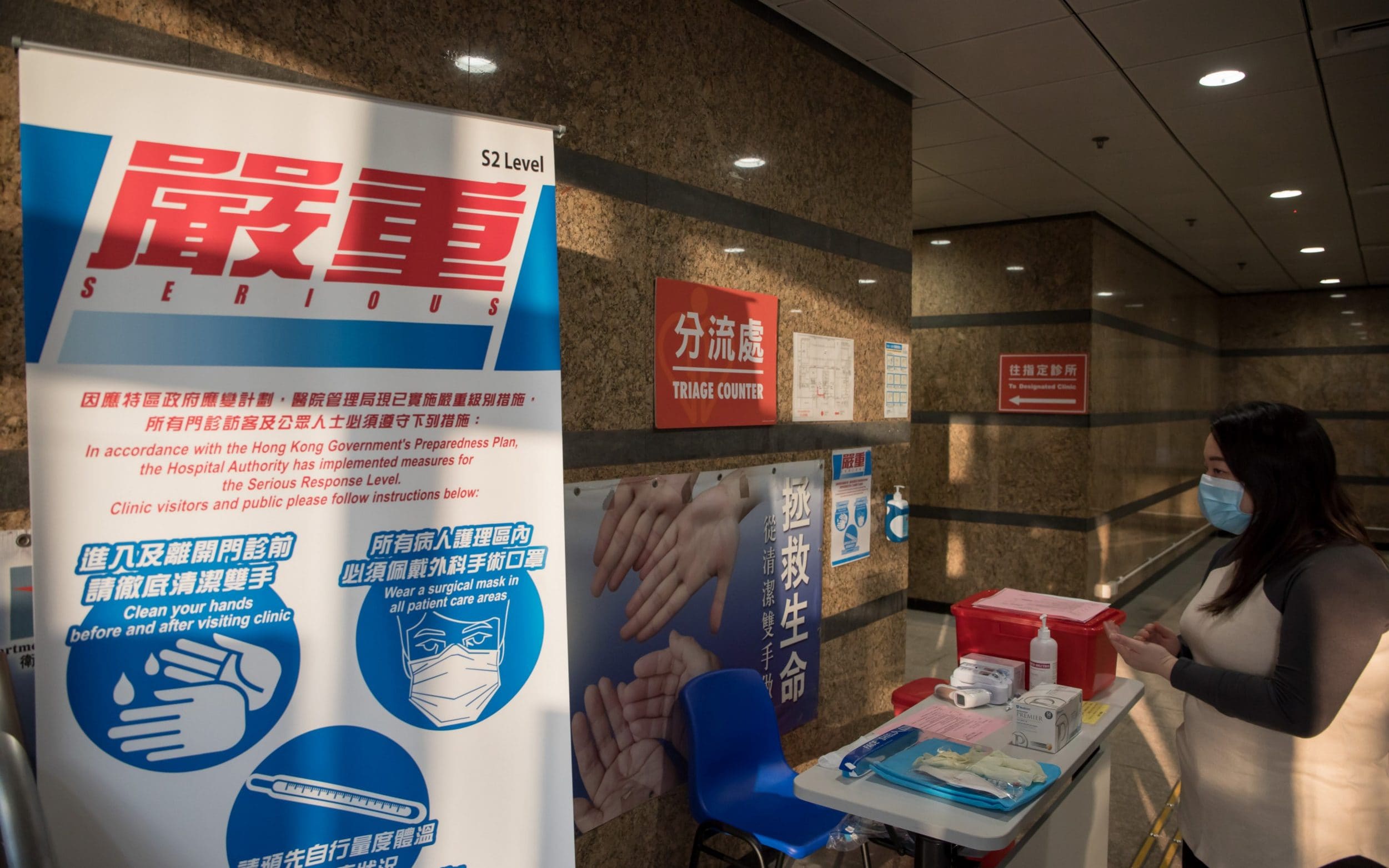 The same sites were used during the deadly SARS epidemic 17 years ago, which killed nearly 300 people in the Chinese-ruled city, and left deep psychological scars.
“We will have a full team of staff to operate the quarantine camps,” Wong Ka-hing, the director of the Centre for Health Protection, told reporters.
Asia remains on high alert and stepped up its health checks at airports amid an escalation in reported cases from South Korea to Thailand.
Taiwan said it would no longer permit Wuhan residents to enter its territory, while the Philippines pledged to repatriate hundreds of Wuhan tourists.
The crisis has ruined the New Year plans of millions who normally fly abroad or cram into public transport to visit family.
Those who decided to continue their journey did so in fear. On one flight from Beijing to Hangzhou in Zhejiang most passengers refused their in-flight meal. A mother was overheard scolding her young daughter when she removed her mask. “Do you want to die?” she asked.
Posted by Conan Doyle at 9:31 AM