By
Josh Rogin
Columnist
Beijing is lobbying hard to take over leadership of the international organization that oversees intellectual property, which could result in dire consequences for the future of technology and economic competition. But the U.S.-led effort to prevent this from happening faces a steep uphill climb. 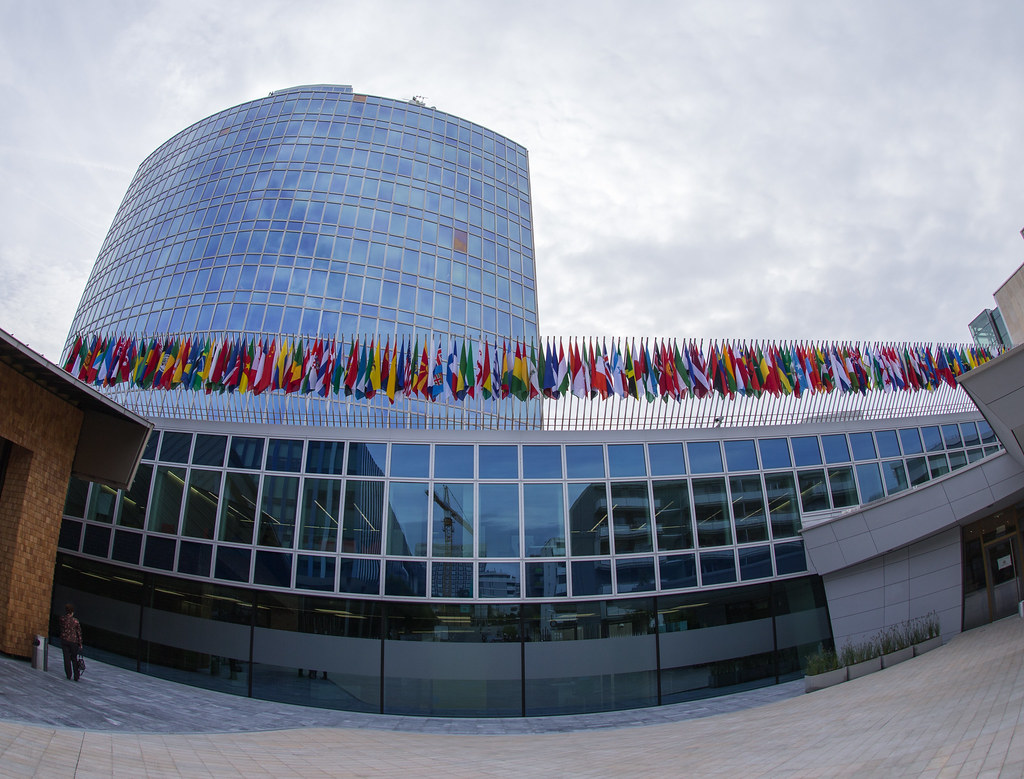 World Intellectual Property Organization (WIPO), international organization designed to promote the worldwide protection of both industrial property (inventions, trademarks, and designs) and copyrighted materials (literary, musical, photographic, and other artistic works). The organization, established by a convention signed in Stockholm in 1967, began operations in 1970 and became a specialized agency of the United Nations in December 1974. It is headquartered in Geneva.

In March, 83 countries will vote to elect the next director general of the World Intellectual Property Organization (WIPO), a U.N.-created body founded in 1967 “to promote the protection of intellectual property throughout the world.” The Chinese candidate, Wang Binying, currently serves as one of its four deputy director-generals and is widely seen as the front-runner.
On its face, allowing China to assume leadership of the WIPO poses a clear risk to the integrity of the institution, given that the U.S. government has singled out *China as the leading source of intellectual property theft in the world. The Chinese government has made economic espionage, the theft of trade secrets and forced technology transfer key parts of its state-sponsored strategy of economic aggression. If China were to control the WIPO, all kinds of fundamental intellectual property information could go directly into the hands of the Chinese government, and that, in turn, could undermine basic trust and confidence in the international patent system.
“We cannot let a regime that continues to blatantly undermine the rules-based system by failing to ensure open markets or respect for intellectual property rights, ascend as the global leader of intellectual property policy,” Sens. Tom Cotton (R-Ark.) and Charles E. Schumer (D-N.Y.) wrote to President Trump last month.
China’s WIPO leadership bid is just the latest part of its comprehensive effort to assume control of as many U.N. and multilateral organizations as possible. Smartly, Beijing has recognized the importance of playing a leading role in global governance and has devoted enormous resources to its plan.
A look at Beijing’s record reveals that its strategy is not to bolster these institutions for universal benefit but to advance China’s interests. In the U.N. organizations China now leads, the results have been terrible.
In 2015, China took over the leadership of the International Civil Aviation Organization. The ICAO quickly stopped inviting Taiwan to its annual assembly. This week, the ICAO blocked experts on Twitter who demanded that the group include Taiwan in response to the Wuhan coronavirus outbreak.
Last February, reports revealed the ICAO hid for months a major hack of its servers that originated from China. The ICAO leadership then retaliated against the whistleblower who exposed the coverup.
Since China assumed leadership of the International Telecommunication Union (ITU) in 2015, the ITU has drastically increased cooperation with Beijing, among other things by promoting China’s Belt and Road Initiative and defending Chinese telecom giant Huawei. The United Nations’ Department of Economic and Social Affairs (DESA), also led by a Chinese official, is pushing the Belt and Road Initiative and is building a “big data research institute” inside China in partnership with Beijing.
In 2018, Chinese official Meng Hongwei, then the head of Interpol, was secretly sent back to China, where he was prosecuted for corruption and given a 13-year prison sentence.
“Beijing’s ambition to head the WIPO is part of a wider pattern in which the Chinese authorities are looking to take a leadership role in critical rules-based institutions, including but also not limited to the U.N.,” said Christopher Walker, vice president for studies at the National Endowment for Democracy. “They have proved adept at using these positions to transform organizations from within, often in ways that are inhospitable to governance integrity and basic democratic standards.”
Last June, Qu Dongyu, China’s vice foreign minister for agriculture, defeated the U.S.-backed candidate to become the head of the United Nations’ Food and Agriculture Organization by a vote of 108 to 12. That shock spurred a new effort by the United States to up its game.
The State Department reassigned its special envoy for North Korea, Mark Lambert, to a new role overseeing an effort to ensure the integrity of U.N. organizations, with a heavy focus on China. With regard to WIPO, the Trump administration has been waging a quiet but extensive effort to support an alternative candidate, including several phone calls by Secretary of State Mike Pompeo to his counterparts on the issue. Several sources have said that candidate is Singapore’s candidate, Daren Tang.
The U.S. effort is hampered by the administration’s public contempt for the multilateralism and its damaged relationships with allies. Victory is by no means assured.
This is worse than letting the fox into the henhouse. This is akin to choosing a bank robber to be president of the bank. In Beijing’s economic strategy, intellectual property theft is a feature, not a bug.
The United States and its partners who believe in rule of law, transparency and accountability in world governance cannot and should not try to thwart every Chinese attempt to lead international organizations. In this case, though, the stakes are too high not to try.
Read more from Josh Rogin’s archive, follow him on Twitter or subscribe to his updates on Facebook.
Read more
Josh Rogin: 100 things the United States must do to compete with China
The Post’s View: Did Trump make a good trade deal with China? Depends on whom you ask.
Josh Rogin: Congress warns Britain to stay away from Huawei
The Post’s View: Be skeptical of Trump’s new trade deal with China
Posted by Conan Doyle at 3:17 PM