After four-year investigation, police said they did not have enough evidence to proceed with negligent manslaughter charges by Chinese families against the engineers responsible for the building
PUBLISHED : Thursday, 30 November, 2017 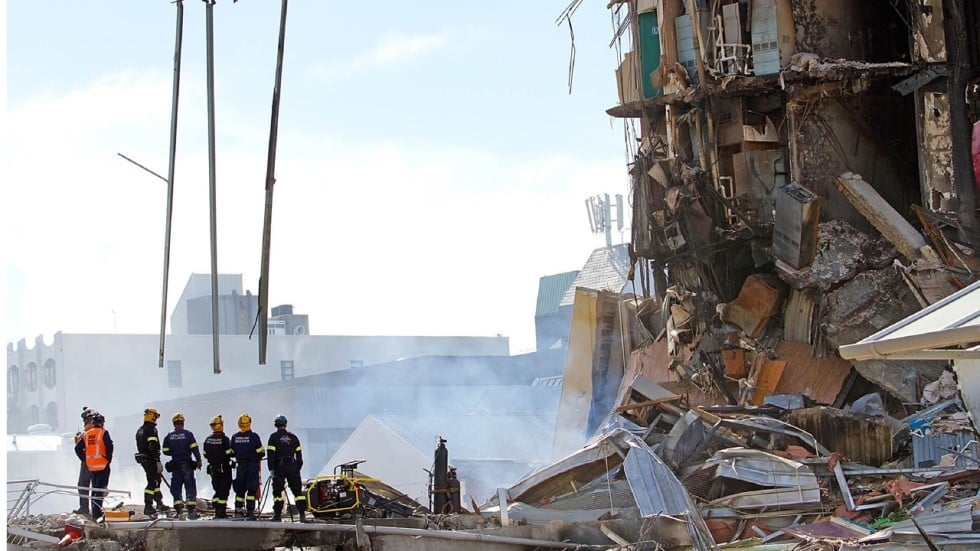 New Zealand police on Thursday ruled out laying criminal charges over the catastrophic collapse of an office block that claimed 115 lives in the 2011 Christchurch earthquake.
The CTV building crumpled then burst into flames after the 6.3-magnitude tremor on February 22, 2011, killing those trapped inside, including 65 foreign students mainly from China.
After a four-year investigation, police said they did not have enough evidence to proceed with Chinese charges of negligent manslaughter against the engineers responsible for the building.
“The evidence available is not sufficient to provide a reasonable prospect of conviction in court,” police said in a statement.
The building’s collapse accounted for almost two thirds of the 185 deaths in New Zealand’s worst quake for 80 years, which flattened the downtown area of the South Island’s largest city.
A royal commission concluded in 2012 that the six-storey, 1980s-era office block was so badly designed it should never have received a building permit.
It had also been damaged in two quakes which preceded the deadly February tremor, something the local council failed to reveal, allowing it to remain occupied.
The building “pancaked” within 20 seconds of the quake hitting and was engulfed in an inferno so intense that forensic experts had to use DNA testing to identify the remains of many victims.
Police said the investigation raised issues that were “culturally delicate and finely balanced” but ultimately the evidence was not strong enough to take to court.
Detective Superintendent Peter Read said he was aware these families would be disappointed.
“We’ve done everything that we possibly could to achieve a prosecution outcome for them [Chinese families]. If the evidence isn’t there, we’re not going to manufacture it, we have to deal with the facts we’re presented with.”
Justice Minister Andrew Little said the government would consider introducing a charge of corporate manslaughter to ensure those responsible for such tragedies were held accountable.
“Another disaster that seems to have been avoidable – everybody involved in it has walked away scot-free,” he told Radio New Zealand. “That’s not right and I think we do have to do better.”
Posted by Conan Doyle at 3:25 PM