Istuary Innovation Group’s charismatic founder Ethan Sun has hobnobbed with political bigwigs. But behind the scenes, the company seems to be in turmoil

Istuary Innovation Group founder Ethan Sun. In 2015, he admitted that he felt “a little bit nervous” over how “really fast” his company was growing.Ben Nelms for National Post/File 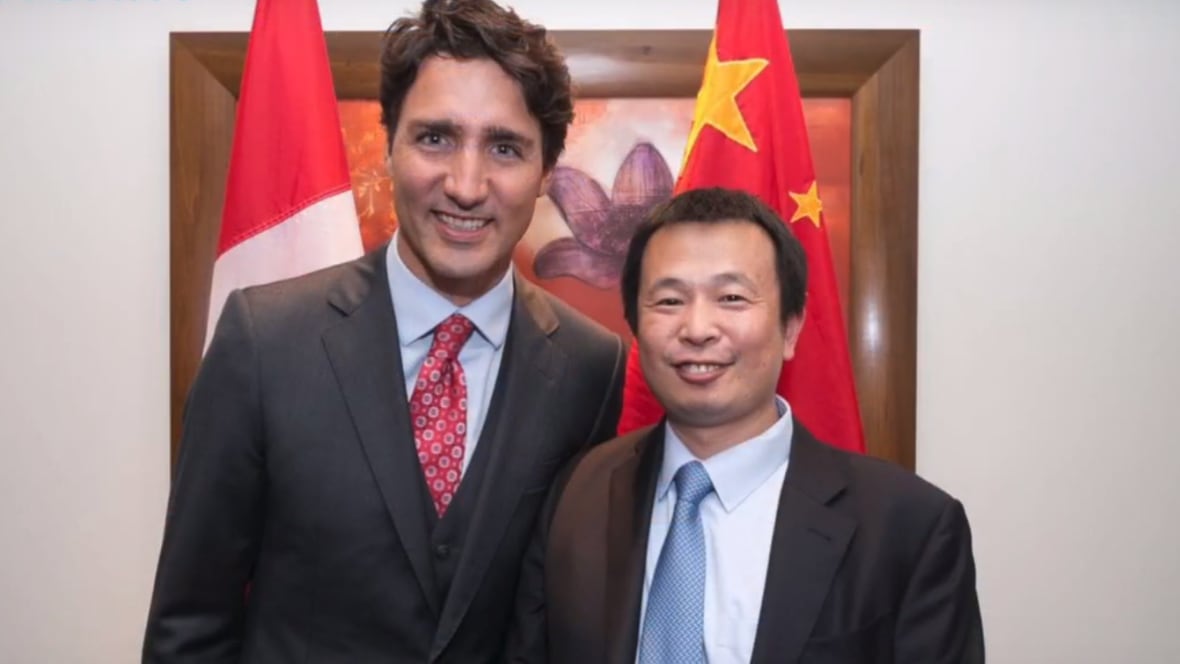 Ethan Sun, the charismatic founder of a Vancouver tech incubator called Istuary Innovation Group, has been pictured hobnobbing with political bigwigs like Prime Minister Justin Trudeau, former B.C. premier Christy Clark and former federal immigration minister Chris Alexander.
Speaking in 2015 at a leadership summit hosted by the Canadian Association of Business Incubation, Sun gushed about Canada’s “innovation power,” admitting that he felt “a little bit nervous” over how “really fast” his company was growing.
Founded in 2013, Istuary boasts that it can help startups launch in China and other global markets.
But behind the scenes, the company — which employed over 300 people in B.C. and Ontario and more than 1,000 workers in China — appears to be in turmoil. It is facing lawsuits from investors alleging fraudulent activity and “unjust enrichment.” Former employees have also come forward alleging that they haven’t been paid for months and that corporate bosses strung them along with “false hopes.”
A provincial spokeswoman confirmed that the employment standards branch has received 122 individual complaints and is investigating.
The allegations, which remain unproven and have not been tested in court, are once again raising questions about how thoroughly companies are being vetted as provincial and federal governments aggressively court international companies to do business here.
Sun could not be reached for comment Wednesday. Istuary’s chief financial officer in Toronto, Brian Chen, did not respond to phone or email messages.


At the company’s head office in downtown Vancouver, rows of workstations sat empty. When the National Post tried phoning the company’s Vancouver and Toronto offices, the lines went dead.
According to an amended statement of claim filed this month in B.C. Supreme Court, Joe Carangi, a Vancouver lawyer, says he invested $138,000 in Istuary in December 2015. He says he was told it would be used to support the development of computer technology companies and yield a “lucrative” return — about five times the principal.
But the lawsuit alleges the money was instead used to purchase shares in Chinese companies and to maintain Sun and his family’s “personal lifestyle.”
Instead of paying back investors, Sun has frozen all the assets of Istuary in an attempt to secure financing to purchase a company in China, the lawsuit alleges.
Besides Sun and his wife, Amy Hu, the lawsuit also names Julia Lau, a former high-profile and top-selling B.C. realtor with whom Carangi says he once had a romantic relationship. Carangi says Lau introduced him to Sun and that she breached a contract guaranteeing repayment of the investment.
Lau could not be reached for comment.
In a separate lawsuit filed last month, investors Bo Jia and Kaibin Li say they invested $100,000 and $74,000 respectively in Istuary, again with a promise of substantial returns. But the lawsuit alleges the funds were used to purchase two residential properties in Coquitlam, B.C.

One of those homes is now for sale for $2.6 million, according to online listings.
A third plaintiff in that lawsuit, Weining Zhong, claims when he started working for the company he was promised compensation in the form of 100,000 company shares, worth over $2 million, but the promise went unfulfilled.
No statement of defence has been filed in either lawsuit.
Meanwhile, several former employees have came forward this week alleging they haven’t been paid for months.
“I feel cheated,” Manivannan Gajendran, who worked in quality assurance, said Wednesday. “I trusted the company. When the CEO talks to you, you actually trust them.”
He forwarded a letter from Sun that was emailed to all employees on June 30. It acknowledged that Istuary was “experiencing certain payroll-related issues.”
“We appreciate this has created stress and difficulties on you and your family, and sincerely thank you all for your patience and loyalty during this time,” the letter said.
It went on to say that employees who continued to perform their duties “through this difficult time” would be eligible for a three per cent retention bonus. They were also given the option of taking unpaid leave and applying for unemployment insurance.
“What doesn’t kill you (will) make you stronger,” the letter said, assuring employees that Istuary was a company they could be proud of.


But the delays in pay continued through the summer. In early August, Sun appeared via web cam from China for a company town hall. He told employees that Istuary was in the process of acquiring a “big company” in China and that their money would be coming soon.
But it never did and employees have not heard from Sun again.
“We were lost. We didn’t know what to do,” said Elaine Li, who was with the company for two years as a startup liaison. “A lot of us put our lives on hold because we didn’t get paid for months.”
As of Wednesday, Istuary was still being touted as a “success story” on the website of HQ Vancouver, an outfit funded in part by the provincial and federal governments to attract companies to set up head offices in B.C.
In April, a National Post story revealed that the expansion plans of other companies touted by HQ Vancouver had sputtered or had come under scrutiny because of unclear objectives, raising questions by critics about due diligence.
In an email, HQ Vancouver spokeswoman Karen Graham said the organization did not have any insight or knowledge about the allegations against Istuary. “You may wish to inquire directly to the company,” she said.
It could not be verified Wednesday if Istuary had received any special tax incentives. But in May, a company press release stated that the company had received official designation by the federal government as a start-up investor-support organization. (In order for immigrant entrepreneurs to come to Canada under a special visa program, they must first show they have support from such an organization.)
A federal spokeswoman was unable to provide an immediate response to questions about how the company was vetted.
In an April 2016 interview with Postmedia, Hugh Chow, who was named Istuary’s CEO the month before, talked up the company’s homegrown talent.
“Startups in Canada oftentimes struggle to go overseas. Sometimes, they even struggle going to the U.S.,” he said. “With us, they can go global on Day 1.”
Chow resigned from the company seven months later.
Posted by Conan Doyle at 1:23 PM