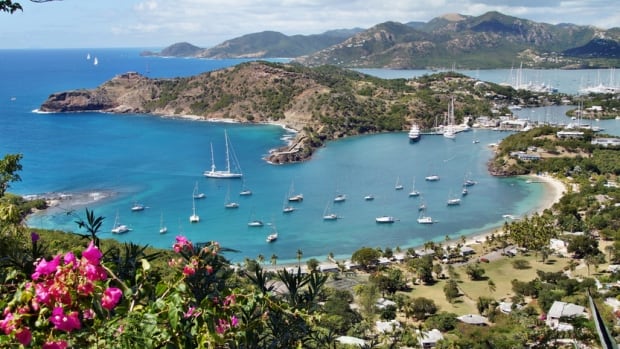 Idyllic beaches such as this one in Antigua and Barbuda are part of pitches made by countries selling passports for cash. But one of the biggest attractions is the visa-free access the passports offer to more than 100 countries. Canada has imposed a visa requirement on passports from Antigua and Barbuda, because of concerns about the country's citizenship by investment program. (Przemyslaw Skibinski/Shutterstock)

Canadians are playing a key role in the lucrative and rapidly growing worldwide business of cash for passports, an industry that Canada, the United States and the European Union have warned could threaten national security, a CBC News investigation reveals.
Industry insiders paint a picture of a multi-million dollar industry that runs in large part through Canada, connecting wealthy individuals from China, to citizenship by investment programs around the world. In return, millions of dollars in commissions are being paid to middlemen  — often Canadians.
Estimates by top industry insiders of just how much the citizenship by investment business is worth each year range from $1 billion to $10 billion.
One of the biggest attractions for potential investors is the visa-free access the passports offer to more than 100 countries, including the European Union. Without that access, citizens of some countries like China or Russia have to go through the paperwork of applying for separate visas for each country they want to visit.
Canadians aren't only involved in promoting the programs — they're also designing and running some of them.
Antigua and Barbuda's program was designed by Don Myatt, a former Canadian federal public servant who worked with Henley and Partners, which designs and markets citizenship by investment programs.
Myatt went on to become the program's first manager. Chisanga Chekwe, a former Ontario deputy minister, was its second.
"One runs into Canadians all of the time," says Kristin Surak, a professor at the SOAS University of London who has been studying the industry for the past two years. 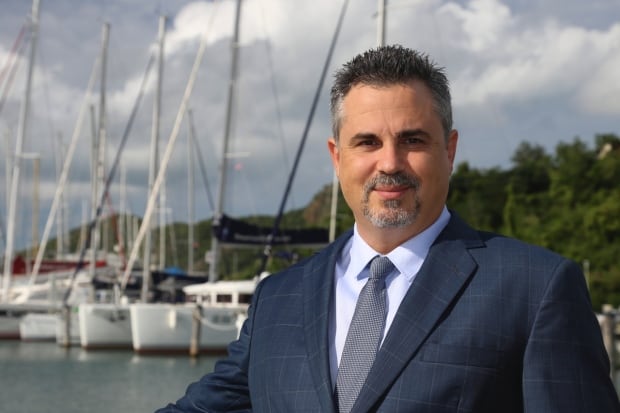 Canada ended its program in 2014

When Canada shut down the program in 2014, it left a fully trained industry adept at selling immigration investment and public servants used to administering immigration investment programs, as well as a pipeline with thousands of clients from around the world who had applied to Canada's program and whose applications had not yet been processed.
Former immigration minister Chris Alexander said he shut down the program because of concerns about fraud, and the money being invested just contributed to government spending.
Those involved in selling citizenship by investment programs around the world maintain that they simply help cash-strapped countries connect with wealthy investors seeking greater mobility or a safe haven for their families.
They admit that there are some "fly by night" operators attracted by the big money involved. They make veiled suggestions of possible corruption on the part of politicians they refuse to name.
However, they maintain that most reputable people in the industry are careful about who they accept as clients and they say most government officials are doing their best to screen out those who could pose a security risk.

Warnings of criminals and terrorists

Government insiders, however, paint a picture of citizenship for sale programs open to abuse by criminals and potential terrorists. They say some countries aren't taking enough care or asking enough questions about where the money came from before handing over passports that come with visa-free access to more than 100 countries.
In June, those concerns led Prime Minister Justin Trudeau's government to impose a visa on everyone entering Canada with a passport from Antigua and Barbuda, "to protect the safety and security of Canadians and uphold Canada's commitment to secure the North American perimeter."
In its announcement, the Canadian government said it had been watching the program since it began in 2013. Chisanga Chekwe told Antigua's Daily Observer in August that he got wind of a plan to impose a visa over concerns about candidate vetting when he headed the program in 2016 and was able to convince Canadian authorities not to do it.
Three years earlier, the Canadian government imposed a similar measure on St. Kitts and Nevis, another Caribbean island nation. Alexander, the former immigration minister, said that decision was triggered when an Iranian, whom he described as an "Iranian state representative," showed up at Toronto's Pearson International Airport with a diplomatic passport from St. Kitts and said he had come to meet then prime minister Stephen Harper.
Canada closed its embassy in Iran in 2012 and expelled Iranian diplomats from Canada. Formal diplomatic relations have not yet resumed.

A European Parliament delegation warns that Malta's citizenship by investment program risks 'importing criminals and money laundering into the whole EU.' (leoks/Shutterstock)
On Dec. 1, a European Parliament delegation led by Ana Gomes raised red flags about Malta's citizenship by investment program, saying there was "great concern" about the sale of Maltese passports to foreigners without disclosing who was buying them. The program, popular with Russians, includes European citizenship and visa-free access to Canada and the U.S.
"This system, with all its opacity, bears the risk of importing criminals and money laundering into the whole EU," Gomes wrote.
The U.S. government has also raised serious concerns about programs offering citizenship for a price. In a written presentation before the U.S Senate armed services committee in March 2015, then General John Kelly listed "cash for passports" programs among the security threats faced by the U.S, saying they "could be exploited by criminals, terrorists or other nefarious actors." Kelly now serves as chief of staff to U.S. President Donald Trump.
In its 2017 International Narcotics Control Strategy Report, the U.S. State Department warned Antigua and Barbuda's Citizenship by Investment Program (CIP) could be susceptible to money laundering and other financial crimes.
"The CIP remains among the most lax in the world," officials wrote."The CIU (Citizenship by Investment Unit) does not maintain adequate autonomy from politicians to prevent political interference in its decisions," they later added.
The report also warned about the program in St. Kitts, saying "prior lax vetting created AML (anti-money laundering) and security vulnerabilities domestically and internationally. … The CIP continues to be afflicted by significant deficiencies in vetting candidates and conducting due diligence on passport and citizenship recipients after they receive citizenship." 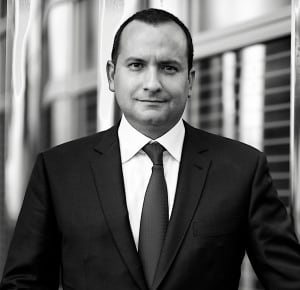 
Antigua and St. Kitts are just two of countries in the growing business of citizenship for sale.
"There has been an explosion of demand based pretty much on political instability around the world in the last 10 years," said Armand Arton, president of Arton Capital, one of the largest firms matching wealthy investors with second citizenships.
Arton, who grew up in Montreal but now spends much of his time in Dubai, estimates 25,000 people buy a second citizenship each year. He expects that number to double in the next five years as more countries offer programs and the cost of buying citizenship drops.
In most programs, those seeking a second citizenship make an investment in the country, from contributing to a government-run development program to investing in real estate or a local business. After an application is studied and vetted, the investor and their family can become citizens of the country and are issued passports.
The programs can be a goldmine for cash-strapped developing nations, accounting for a substantial portion of their gross domestic product in some cases.
People in the industry say it has also proven to be a goldmine for Canadian immigration consultants, some of whom used to work for the federal government when Canada had its own immigrant investor program.

In Antigua, for example, 22 per cent of the 127 representatives authorized to market its citizenship by investment program list Canadian addresses — more than any other country.
A review of the program's reports posted online show that 80 per cent of commissions paid by Antigua's program over a year and a half — $2.2 million — went to Montreal-based ClientReferrals.com, a company that connects agents and other professionals with citizenship by investment programs and other investment options.
Corporate filings show one of the principals in Clientreferrals.com is Guy Pilote, a former federal public servant who worked briefly with Don Myatt on Canada's business immigration program. Patrick Peters is listed as president and Lei Li as a director.

'Canada developed this in the '80s and most of the original professionals, like myself, are from Canada.'— Nuri Katz

Like many involved in the industry, Katz began by working with the Canadian program.
"Canada developed this in the '80s and most of the original professionals, like myself, are from Canada," said Katz, who grew up in Montreal. "We've expanded and created a whole new industry but it's really just an expansion of the Canadian experience."
Arton says Canadians are "proud pioneers" of the industry.
The sales pitches feature idyllic beaches and promises of more mobility. Visa-free travel to more than 100 countries including Europe. Protection for your family from wars or civil unrest. Protection for your wealth — a phrase often synonymous with protection from income taxes.
Many of those snapping up second citizenships come from China, which have few visa-free travel agreements with other countries, or residents of Middle Eastern and North African countries that are in turmoil.
But some observers are concerned that others could be looking for passports with easy access into North America and Europe for more nefarious reasons. 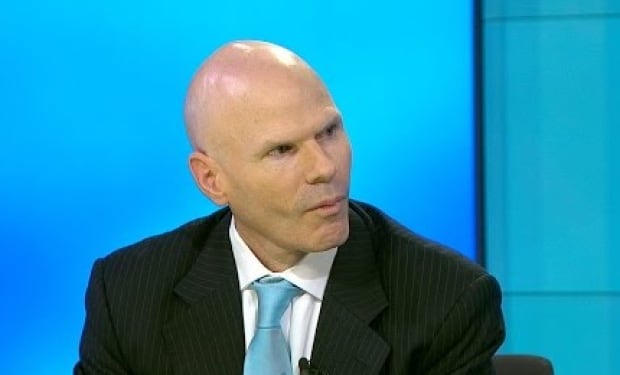 'Kleptocrats' can be 'brilliantly corrupt'

"One thing that people need when they are kleptocrats and … have been stealing money is kind of a way to get it out of the country. There's actually no point of being brilliantly corrupt if you can't enjoy it."
People like Katz and Arton dismiss the concerns of the Canadian and U.S. governments, saying it would be easier for a would-be terrorist to get into the U.S. on a tourist visa.
Industry officials insist the due diligence is thorough and say they do their best to check the backgrounds of applicants. However, they say that if someone is not yet the subject of an arrest warrant or convicted of a criminal offence, a threat wouldn't necessarily show up in background checks.

Despite the checks, there have been several cases of people whose citizenships have raised eyebrows.
Canadian Alexandre Cazes, alleged to be the mastermind behind the dark web site AlphaBay, became an Antiguan citizen in February.
Three Chinese nationals who bought Antiguan citizenship later generated controversy — one over allegations they had lied on their application and two others because they were wanted by Chinese authorities. One of them, Ai Yang, is mentioned in the dossier that informed the Canadian government's decision to impose the visa on Antigua.
Antigua opposition leader Harold Lovell said his United Progressive Party set up the program when it was in office to bolster Antigua's economy. However, he believes there have been serious problems with the way the program has been run by the current government.
For example, Lovell said Antigua tried to market the program in Iraq and invite 4,000 Iraqi families to live in the island nation.
Canada's decision to impose a visa on Antigua "has set the program back considerably," he said, adding that he thinks the program still has potential.

Prime Minister Gaston Browne's office has not responded to repeated requests from CBC News for an interview.
Arton said the problem with some programs, like those in St. Kitts and Antigua, is that they haven't been doing enough to vet candidates.
The concerns have led to initiatives to clean up the image of the industry such as launching industry associations, and to a variety of recommendations.
Arton, for example, would like to see a common program for Caribbean countries and a database of rejected applicants.
Katz believes those who market citizenship by investment programs should be regulated.
Posted by Conan Doyle at 4:43 PM