While the carrier says the issues found in 2011 and 2012 were resolved at the time, the revelation may further damage the reputation of a Chinese powerhouse.
29 April 2019

Vodafone Have Found Huawei Security Vulnerabilities From 2009
Liars!!!
For months, Huawei Technologies Co. has faced U.S. allegations that it flouted sanctions on Iran, attempted to steal trade secrets from a business partner and has threatened to enable Chinese spying through the telecom networks it’s built across the West.
Now Vodafone Group Plc has acknowledged to Bloomberg that it found vulnerabilities going back years with equipment supplied by Shenzhen-based Huawei for the carrier’s Italian business. While Vodafone says the issues were resolved, the revelation may further damage the reputation of a major symbol of China’s global technology prowess.
Europe’s biggest phone company identified hidden backdoors in the software that could have given Huawei unauthorized access to the carrier’s fixed-line network in Italy, a system that provides internet service to millions of homes and businesses, according to Vodafone’s security briefing documents from 2009 and 2011 seen by Bloomberg, as well as people involved in the situation.

The Trump administration, arguing such end-runs around security in Huawei’s equipment could invite espionage by the Chinese state, is trying to persuade Western allies to block the company from the next generation of mobile networks. Huawei has repeatedly denied that it creates backdoors and says it’s not beholden to Beijing.
Read more: The U.S. Is Losing a Major Front to China in the New Cold War
Huawei’s ability to continue winning contracts from London-based Vodafone, despite the carrier’s security concerns, underscores the challenge facing the U.S. as it tries to hinder the world’s top telecom equipment vendor and No. 2 supplier of smartphones. Huawei is vying against a stable of Western companies including Nokia Oyj and Ericsson ABto roll out fifth-generation, or 5G, wireless networks.

Vodafone has defended Huawei against the U.S. onslaught, which has placed Europe—Huawei’s largest market outside China—in the middle of a trade battle between two superpowers. At stake is leadership in key areas, principally 5G technology that’s designed to support the internet of things and new applications in industries spanning automotive, energy to healthcare. Vodafone Chief Executive Officer Nick Read has joined peers in publicly opposing any bans on Huawei from 5G rollouts, warning of higher costs and delays. The defiance shows that countries across Europe are willing to risk rankling the U.S. in the name of 5G preparedness. 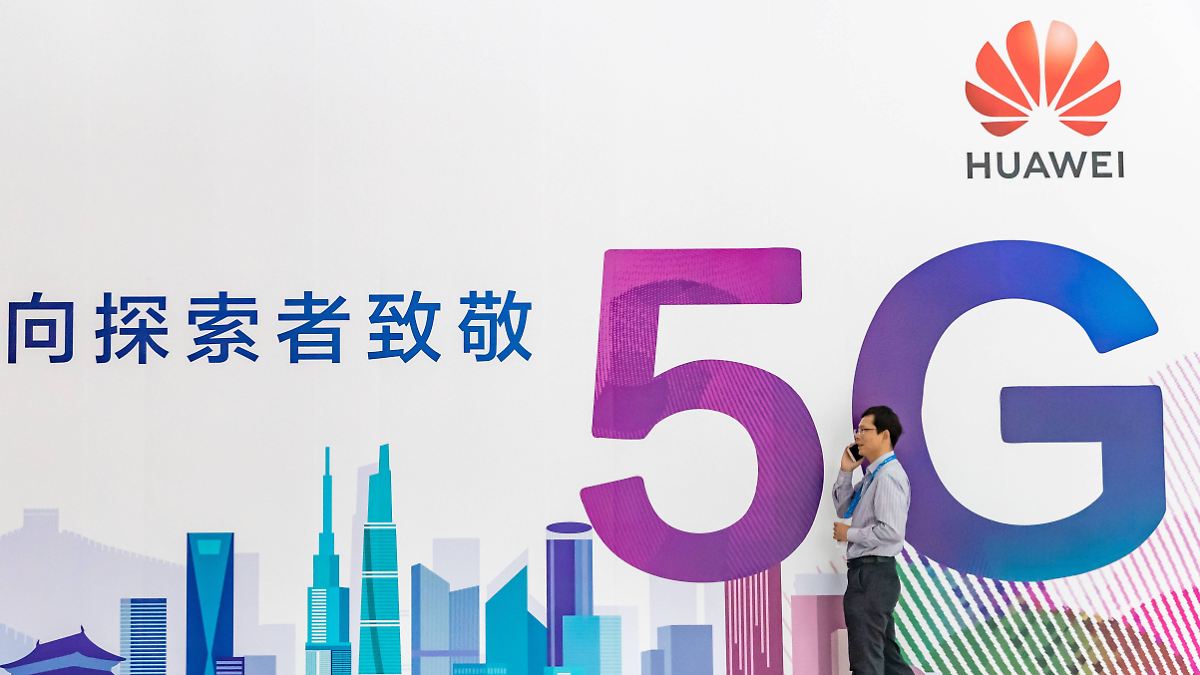 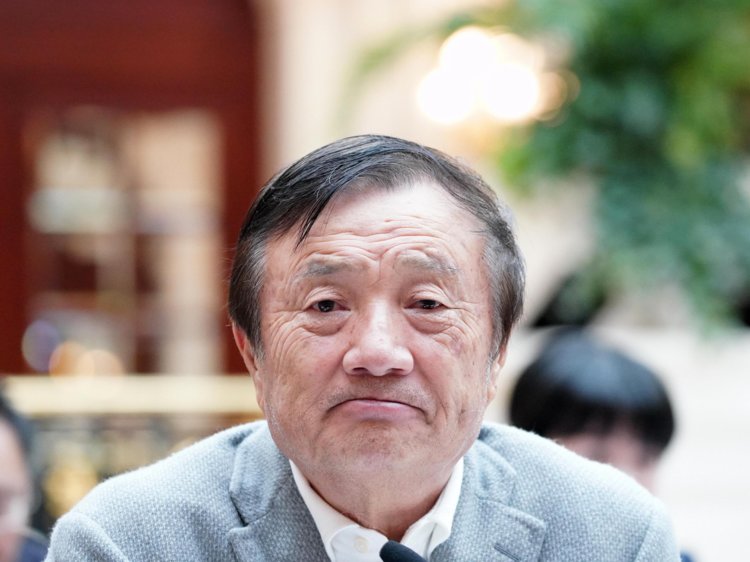 In a statement to Bloomberg, Vodafone said it found vulnerabilities with the routers in Italy in 2011 and worked with Huawei to resolve the issues that year. There was no evidence of any data being compromised, it said. The carrier also identified vulnerabilities with the Huawei-supplied broadband network gateways in Italy in 2012 and said those were resolved the same year. Vodafone also said it found records that showed vulnerabilities in several Huawei products related to optical service nodes. It didn’t provide specific dates and said the issues were resolved. It said it couldn't find evidence of historical vulnerabilities in routers or broadband network gateways beyond Italy.
“In the telecoms industry it is not uncommon for vulnerabilities in equipment from suppliers to be identified by operators and other third parties,” the company said. “Vodafone takes security extremely seriously and that is why we independently test the equipment we deploy to detect whether any such vulnerabilities exist. If a vulnerability exists, Vodafone works with that supplier to resolve it quickly.”
In a statement, Huawei said it was made aware of historical vulnerabilities in 2011 and 2012 and they were addressed at the time. A company spokesman said the flaws in the equipment related to maintenance and diagnostic functions common across the industry, as well as vulnerabilities. “There is absolutely no truth in the suggestion that Huawei conceals backdoors in its equipment.”
However, Vodafone’s account of the issue was contested by people involved in the security discussions between the companies. Vulnerabilities in both the routers and the fixed access network remained beyond 2012 and were also present in Vodafone’s businesses in the U.K., Germany, Spain and Portugal, said the people. Vodafone stuck with Huawei because the services were competitively priced, they said.


Founded in 1987, Huawei entered the European market in 2000. Landmark contracts with Britain’s BT Group Plc and Norway’s TeliaSonera helped Huawei win market share from—and eventually surpass—Nokia and Ericsson.
Vodafone started buying wifi routers from Huawei in 2008 for its Italian business and, later, for the U.K., Germany, Spain and Portugal. Routers are specialized machines that assist in directing voice and other kinds of data coursing over the internet.


Vodafone managers had concerns with the security of the routers almost right away. They were the topic of an internal presentation from October 2009 that pointed to 26 open bugs in the routers, six identified as “critical” and nine as “major.” Vodafone said in the report that Huawei would need to remove or inhibit a so-called telnet service—a protocol used to control devices remotely—that the carrier said was a backdoor giving Huawei access to sensitive data.
In January 2011, Vodafone Italy started a deeper probe of the routers, according to two reports from April of that year. Security testing by an independent contractor identified the telnet backdoor as the greatest concern, posing risks including giving unauthorized access to Vodafone’s broader Wide Area Network (WAN is a network that spans a large footprint). The telnet had “undocumented functionality inserted by Huawei without notifying Vodafone,” including a “hidden Telnet daemon” program giving anyone aware of the backdoor's existence the ability to take administrative control of a router. Vodafone noted that it’s an industry practice by some router manufacturers to use a telnet service to manage their equipment, but the company said it didn’t allow this.
The documents chronicle a two-month period during which Vodafone’s Italian unit discovered the telnet service, demanded its removal by Huawei and received assurances from the supplier that the problem was fixed. After further testing, Vodafone found that the telnet service could still be launched.
Click here to read excerpts of a Vodafone document showing concerns with Huawei routers
Vodafone said Huawei then refused to fully remove the backdoor, citing a manufacturing requirement. Huawei said it needed the telnet service to configure device information and conduct tests including on wifi, and offered to disable the service after taking those steps, according to the document.
“Unfortunately for Huawei the political background means that this event will make life even more difficult for them in trying to prove themselves an honest vendor,” Vodafone said in one of the April 2011 documents authored by its chief information security officer at the time, Bryan Littlefair.
“What is of most concern here is that actions of Huawei in agreeing to remove the code, then trying to hide it, and now refusing to remove it as they need it to remain for ‘quality’ purposes,” Littlefair wrote.
Huawei declined to comment on the concerns raised by Littlefair. Littlefair didn’t respond to requests for comment.
“There’s no specific way to tell that something is a backdoor and most backdoors would be designed to look like a mistake,” said Stefano Zanero, an associate professor of computer security at Politecnico di Milano University. “That said, the vulnerabilities described in the Vodafone reports from 2009 and 2011 have all the characteristics of backdoors: deniability, access and a tendency to be placed again in subsequent versions of the code,” he said.
Huawei called software vulnerabilities “an industry-wide challenge.” In a statement, it said: “Like every ICT vendor we have a well-established public notification and patching process, and when a vulnerability is identified we work closely with our partners to take the appropriate corrective action.”


Still, carriers including Vodafone are fighting against the threat of Huawei being banned in Europe because they’ve come to rely so heavily on the supplier. Abandoning Huawei for 5G, with Europe already lagging behind China and the U.S., could force them to rip out the supplier’s 4G gear, a process that could take years and cost billions of dollars.
Posted by Conan Doyle at 9:05 PM