U.S. Ambassador to China Terry Branstad and his wife Christine pose for a group photo with schoolchildren as he visits an elementary school in Lhasa, Tibet on May 22, 2019. (U.S. Mission to China via AP) 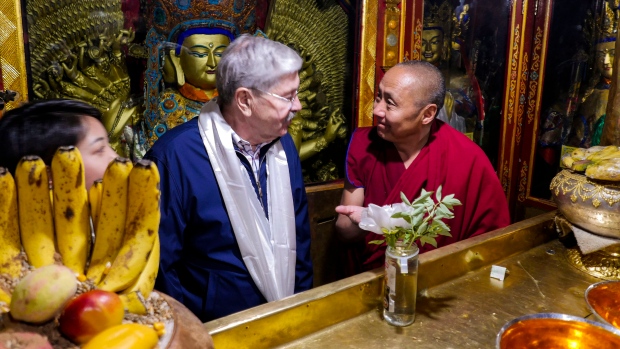 BEIJING—The U.S. ambassador to China urged Beijing to engage in substantive dialogue with exiled Tibetan Buddhist leader the Dalai Lama during a visit to the Himalayan region over the past week, the U.S. Embassy said on May 25.
Terry Branstad also “expressed concerns regarding the Chinese government’s interference in Tibetan Buddhists’ freedom to organize and practice their religion,” an embassy statement said.
“He encouraged the Chinese government to engage in substantive dialogue with the Dalai Lama or his representatives, without preconditions, to seek a settlement that resolves differences,” it said.
Branstad also raised long-standing concerns about the lack of consistent access to the region. The rare visit to Tibet and neighboring Qinghai Province ran from Sunday through Saturday. 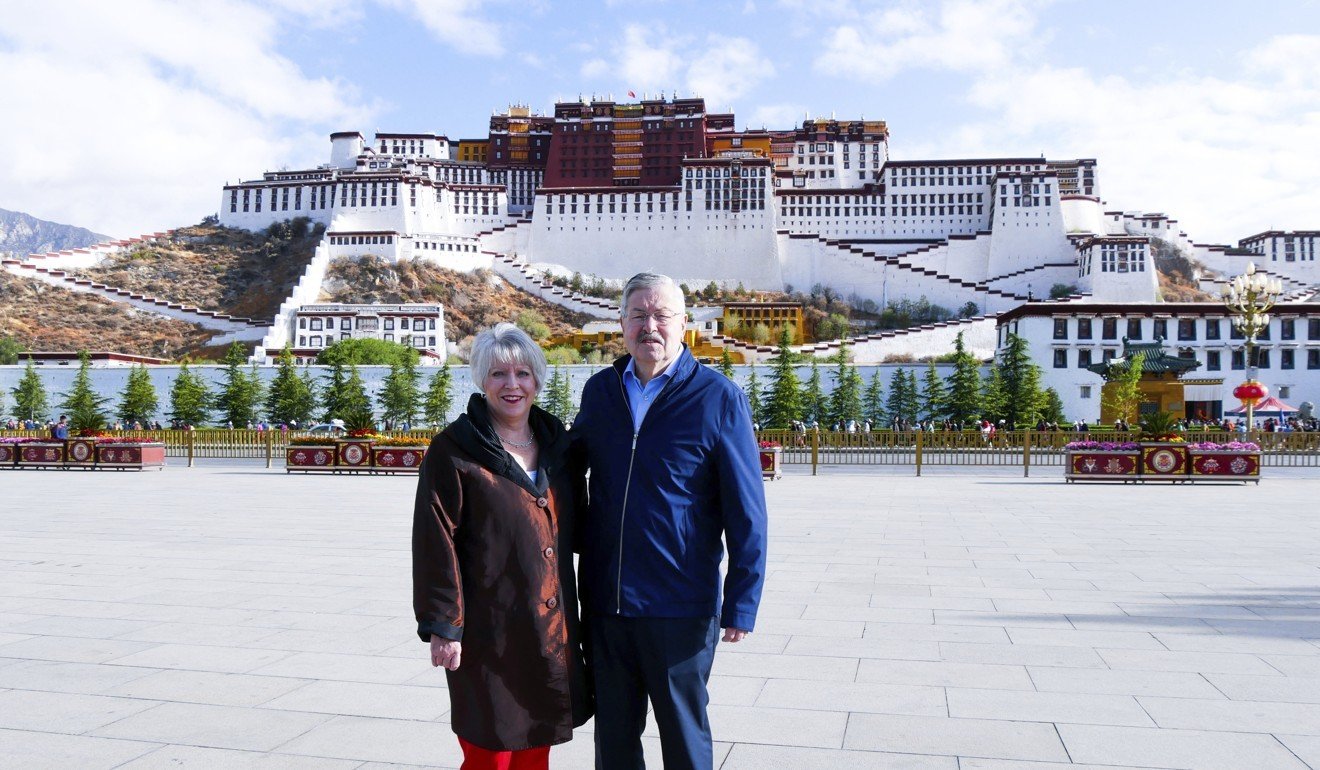 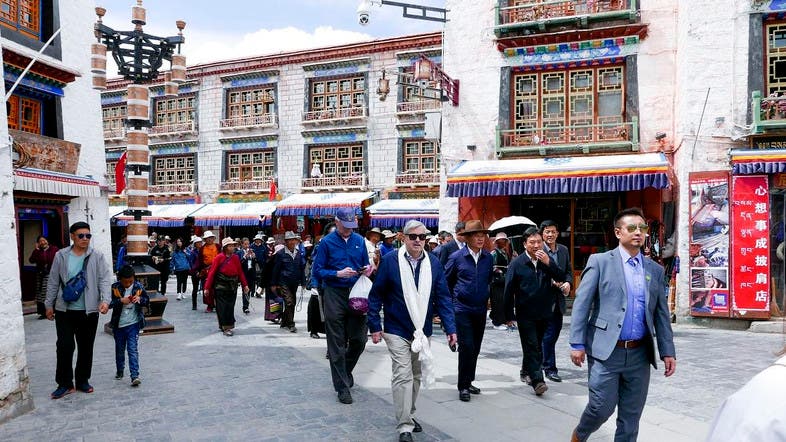 Hosted by the Tibetan authorities, Branstad was given access to important religious and cultural sites, including the Potala Palace, Jokhang Temple, Norbulingka, and Sera Monastery in the Tibetan capital, Lhasa. He also met with senior Tibetan religious and cultural leaders, the embassy said.
China tightly restricts access to Tibet by foreigners, especially journalists and diplomats. In response to those restrictions, the U.S. Congress last year passed an act that would deny entry to the United States for those involved in formulating or enforcing such policies.
China says Tibet has been part of its territory for centuries, but many Tibetans say they were effectively an independent nation for most of that time. Beijing’s control was most recently asserted when the Communist Party’s military wing, the People’s Liberation Army, invaded the region in 1950.
The Dalai Lama fled to India amid an abortive uprising against Chinese rule in 1959 and calls for genuine autonomy for Tibet under Chinese rule. Beijing labels the 83-year-old cleric a dangerous separatist, has refused contacts with his representatives for more than a decade and objects strongly to any meetings between him and foreign politicians.
In recent years there has been a significant tightening of control over Tibetan Buddhism, use of the Tibetan language and traditional cultural expression. Following anti-government protests in 2008, Beijing imposed a policy of “grid policing” that substantially reduces travel and social life for Tibetans, even while China ramps up domestic tourism in the region.
Those methods have been subsequently imposed in the neighboring region of Xinjiang, where an estimated 1 million members of its native Muslim ethnic groups have been confined to detention centers. 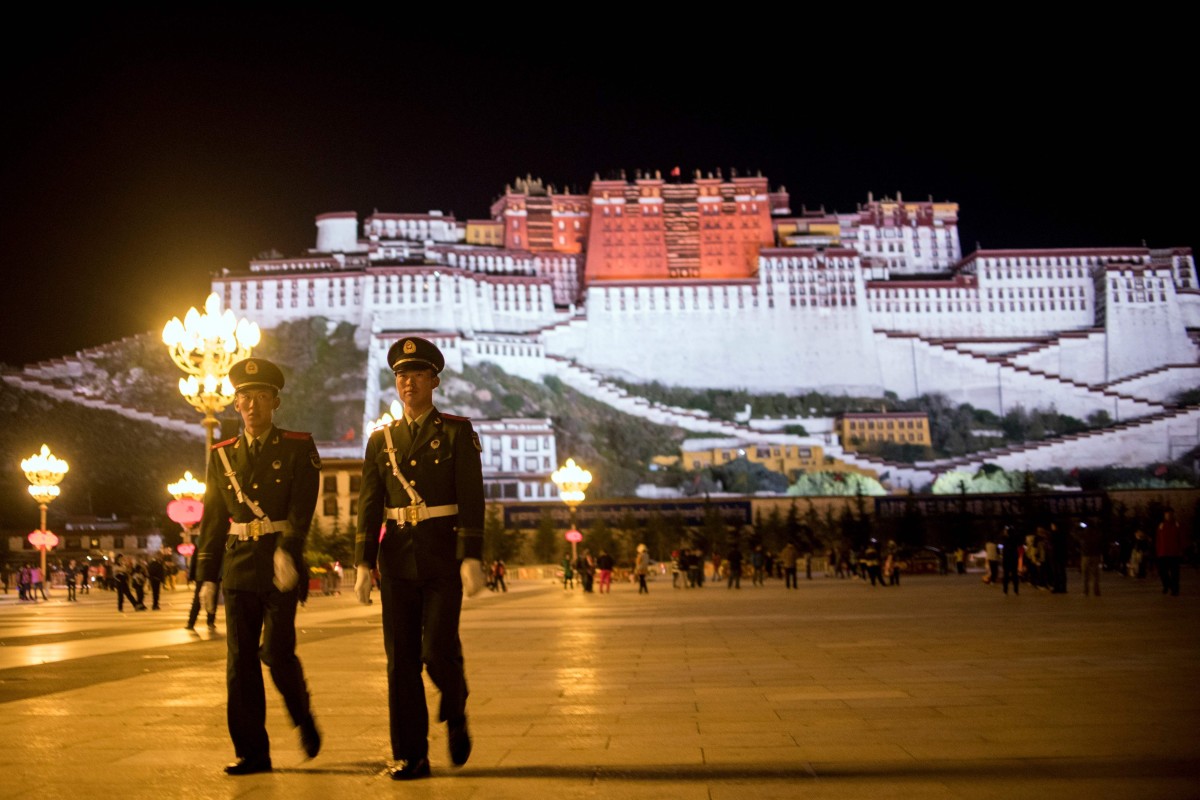