Emory University Fires 2 Professors for Not Disclosing Ties to China 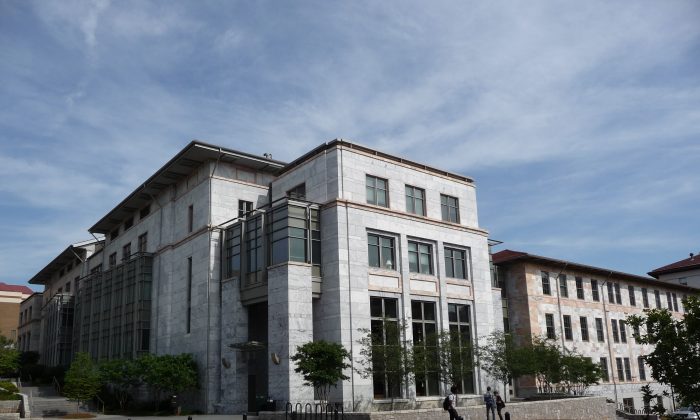 Emory University Fires 2 Professors for Not Disclosing Ties to China

EPOCH TIMES
The university said in a statement on May 23 an investigation revealed that “two of its faculty members named as key personnel on NIH [National Institute of Health] grant awards to Emory University had failed to fully disclose foreign sources of research funding and the extent of their work for research institutions and universities in China.”
http://www.emory.edu/home/research/index.html

While the university did not name the former staff, Chinese science-related website Zhishi Fenzi identified the scientists as Li Xiaojiang and his wife Li Shihua, both veteran professors at the school’s department of human genetics.
The website, citing an unnamed member of Li Xiaojiang’s research team, said the university closed down his laboratory on May 16 while Li was in China; it also said the university took the computers and research documents, and questioned team members about Li’s links with China.
The professors’ profiles have been removed from the Emory’s website, along with the homepage for their joint laboratory, Li Laboratory.

“I was shocked that Emory University would terminate a tenured professor in such an unusual and abrupt fashion and close our combined lab... without giving me specific details for the reasons behind my termination.” https://www.sciencemag.org/news/2019/05/terminated-emory-researcher-disputes-university-s-allegations …

The investigation was triggered after the NIH last August sent a letter to over 10,000 academic research institutions across the United States warning about the threat of intellectual property theft and foreign interference, and asked for help curbing “unacceptable breaches of trust and confidentiality.”
Recipients of NIH grants must disclose if they receive funds from foreign entities, and are not allowed to share their applications with other people.
In April, NIH Director Francis Collins told a Senate committee that the agency was investigating NIH-funded foreign scientists at more than 55 U.S. institutions.
Collins said at the Senate hearing there were “egregious instances” of scientists breaching grant rules by “double dipping,” or not disclosing foreign funding for work that is NIH-funded, “diverting intellectual property” that belongs to their U.S. institution, and sending grant proposals to other countries, allowing “ideas to be stolen.”
The NIH is the largest funder of biomedical and public health research in the United States. Last fiscal year, it issued roughly $39 billion in federal funding to 2,500 to 3,000 institutions, supporting 300,000 to 350,000 scientists across the country.
Both Lis, who are U.S. citizens, had been working at Emory for 23 years. Li Xiaojiang has been a tenured professor at the university since 2005, according to the website.
Li Xiaojiang moved to the United States from China to undertake doctoral studies in 1987, the website said, and became a naturalized citizen.
The couple are known for work using gene-editing technology to engineer pigs and mice to study Huntington’s disease, a genetic disorder that causes the progressive breakdown of nerve cells in the brain.
According to Yahoo Finance, Li Xiaojiang and has also held positions at various Chinese universities since 2007, including most recently as a professor at Jinan University in Guangzhou.
Li was also selected as a member of the Chinese regime’s “Thousands Talents Program” in 2010, the news site said.
The recruitment program, which aims to lure top Chinese scientists working abroad to move to China, has come under increased scrutiny in Washington over concerns that it enables the transfer of U.S. intellectual property.
In December 2018, NIH published a report raising concerns that Thousand Talents recruits had access to American intellectual property and that they transfer key data—produced using U.S. federal research money—to China.
In a statement to Science Magazine on May 24, Li Xiaojiang said Emory dismissed his wife and himself “simultaneously without any notice or opportunity for us to respond to unverified accusations.”
The scientist disputed the university’s claims that they failed to disclose ties with China, saying, “I have disclosed my Chinese research activity to Emory University each year since 2012.”
This is not the first time ethnically-Chinese researchers have been dismissed after NIH raised concerns over foreign influence in U.S. research last year.
In April, A top research institute, The MD Anderson Cancer Center at the University of Texas, ousted three Asian senior researchers after NIH notified the center about several faculty members who had potentially attempted to steal U.S. scientific research.
Posted by Conan Doyle at 5:48 PM