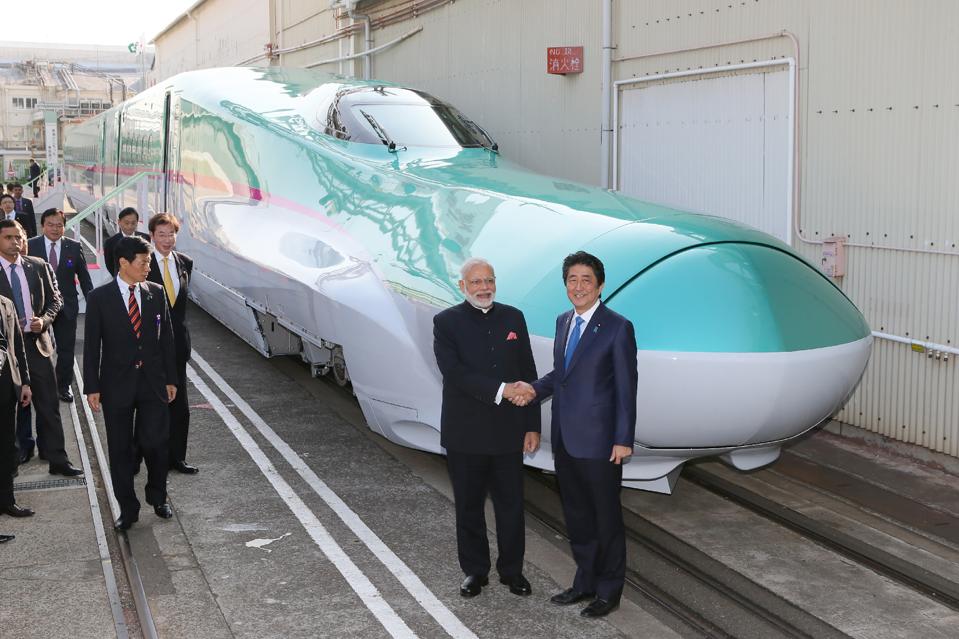 As Xi Jinping seeks to exponentially expand China’s economic and political footprint upon the Eurasian and African regions via his signature Belt and Road Initiative (BRI), a knee-jerk reaction can be observed from other Asian powers who are initiating and intensifying international development initiatives of their own. India and Japan are at the forefront of this movement, devising a mutual vision which could be labeled the ‘other’ New Silk Road.
Just days after Xi Jinping’s epic Belt and Road Forum in May, India’s Prime Minister Modi unveiled a vision to counter the international ambitions of China at a meeting of the African Development Bank (AfDB) in Gujarat. Conceived during a meeting between Modi and Japan’s Prime Minister Abe in November 2016 and cobbled together by a crew of think tanks comes something dubbed the Asia-Africa Growth Corridor (AAGC).
The AAGC is an initiative led by a partnership between India and Japan to better integrate the economies of South, Southeast, and East Asia with Oceania and Africa. The idea is to “create a 'free and open Indo-Pacific region' by rediscovering ancient sea-routes and creating new sea corridors.” In practice, it is conceptualized as being a series of enhanced, mostly sea-based economic triangles which will connect cities and other production hubs across regions that are predicted to rapidly rise and become the world’s next epicenters of economic growth.


Africa is without a doubt the next frontier of development, with the economies of a host of countries currently growing at rates between seven and ten percent per year. China has been incredibly active in this region, with trade growing at roughly 20% per year since 2000; amounting to $188 billion in 2015. One of the main goals of the AAGC is to balance out the influence — and holdings — of China in this rapidly emerging part of the world. In other words, so India and Japan can better claim their respective slices of the pie.
The AAGC is a potentially powerful module that plugs nicely into India and Japan’s other trans-continental interconnectivity and development endeavors.
India, Russia, and Iran are busy at work putting together the North-South Transport Corridor, a multimodal route that goes from the west coast of India all the way to St.Petersburg, Russia.
India also has its Connect Central Asia policy, Act East Initiative, an array of new road and rail projects that are extending throughout South and Southeast Asia, and seaport development projects at Chabahar in Iran and, potentially, at Paira in Bangladesh and Trincomalee in Sri Lanka.
While Japan has been at the Eurasian infrastructure development game for decades, building roads, rail lines, metro systems, and ports across the regions via financing vehicles like the Asian Development Bank (ADB), the Japan International Cooperation Agency (JICA), and, more recently, the Japan Infrastructure Initiative. Topping this off, is a recent promise from Prime Minister Abe to pump an additional $200 billion into emerging Asian and African markets, which seems as if it will more than likely be one of the sources of funding for the Asia-Africa Growth Corridor.
Posted by Conan Doyle at 6:57 PM