Our Chinese Sister Cities: "Use the Countryside to Surround the City"

Our Chinese Sister Cities: "Use the Countryside to Surround the City" 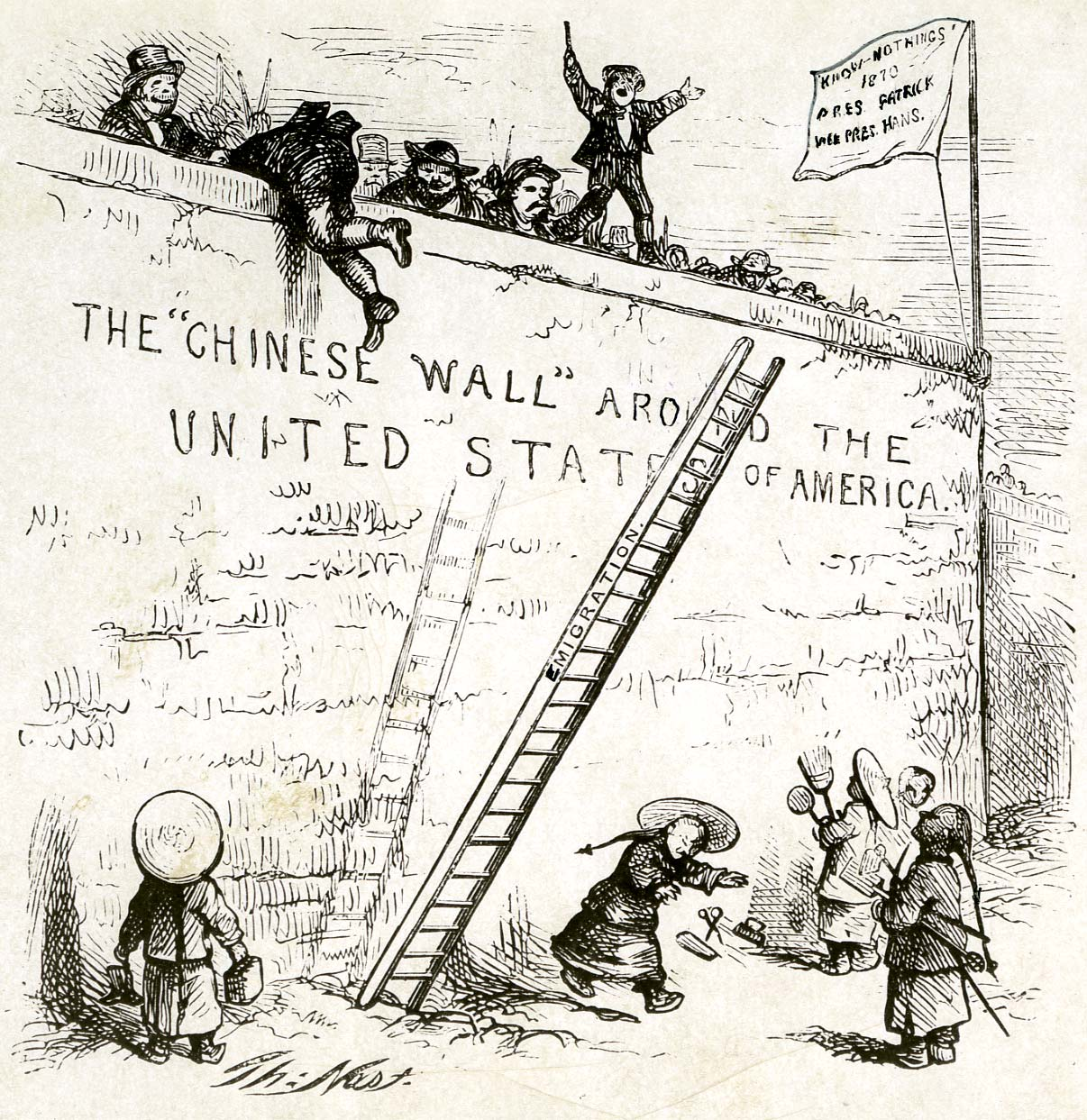 "While American local governments value such "exchanges" for financial and cultural reasons, 'exchange' (交流) has always been viewed as a practical political tool by Beijing, and all of China's 'exchange' organizations have been assigned political missions". — China's Influence & American Interests, Report of the Working Group on Chinese Influence Activities in the United States, by the Hoover Institution at Stanford University and the Center on US-China Relations at the Asia Society in New York, 2019.

On November 17, four US Senators introduced legislation to investigate the "sister city" partnerships between communities in United States and China. According to Senator Marco Rubio:

"The Chinese government and Communist Party has a history of exploiting cultural and economic partnerships to conduct malign activities, and it's clear that opaque, sister-city partnerships deserve increased scrutiny. We must do more to better understand, and then counter, Chinese influence operations at the state and local level, which are often conducted under the benign auspices of sister city relationships."

"Chinese Communist Party officials... are cultivating relationships with county school board members and local politicians – often through what are known as sister cities programs... Last year, a high school – a high school, a high school in Chicago – disinvited a Taiwanese representative to serve on a climate panel after Chinese pressure."

Take Cascade Elementary School in Orem, Utah, which has a Chinese language immersion program. Orem has been the sister city of Urumqui, China since 2000. In March, China Daily, the English language newspaper of the Chinese Communist Party (CCP), published an article, "US 4th-graders proud to be pen pals with Xi," featuring interviews with staff and children at the school. The article appeared after 50 fourth-graders from Cascade Elementary School sent Chinese New Year's cards to China's President Xi Jinping and he replied to them. In his letter, according to China Daily, Xi praised the children for their Chinese language skills, including being able to write Chinese characters, and told them, "I hope you will keep at it, make even bigger progress and become young 'ambassadors' for Sino-US friendship". According to China Daily:

The idea of writing to the Chinese president came from those students and was supported by their Mandarin teacher, Zheng Yamin, who also gives lectures on Chinese culture and festivals at the Salt Lake City Public Library in Utah's capital.

"It's an amazing thing for our students to get a personal letter from the president of China," Principal Darrin Johnson said. "President Xi said he hopes to visit us here one day, but we also hope to follow up with a visit by our students to China next year so they can see for themselves how interesting and beautiful China is.

"I think it's a great honor. The Chinese president is incredibly busy, running a country and dealing with the new coronavirus."

According to "China's Influence & American Interests," a report by the Working Group on Chinese Influence Activities in the United States, put out in 2019 by the Hoover Institution at Stanford University and the Center on US-China Relations at the Asia Society in New York:

"China pursues sister-city relationships under an organization called the Chinese People's Association for Friendship with Foreign Countries... that aims to strengthen the rule of the Chinese Communist Party and increase China's influence overseas... under the administration of Communist Party leader Xi Jinping, the association has been revitalized as China seeks to groom local business, political, and media leaders in countries around the world...

"Beginning in the early 1970s, China and the United States built trust and common prosperity through cooperation at the local level. The work of two hundred sister city pairs and over forty sister state/province partnerships was reinforced by state and city trade and investment promotion offices, chambers of commerce, Chinese American and traditional clan associations, Chinatown cultural centers, and various and sundry activities at US colleges and universities, secondary schools, church groups, and museums...

"After forty years of engagement, the US-China focused foundations, educational and exchange programs, research institutes, and arts and entertainment initiatives throughout the country are too many and various to be cataloged. American mayors, county executives, and governors—many of whom travel to China often and host an unending stream of Chinese visitors—have leveraged the work of these groups to enrich local coffers and local culture..."

While American local governments value such 'exchanges' for financial and cultural reasons, 'exchange' (交流) has always been viewed as a practical political tool by Beijing, and all of China's 'exchange' organizations have been assigned political missions."

"The Xi administration", according to Professor Anne-Marie Brady who, among other things, has studied Chinese influence activities in New Zealand, "has revived traditional CCP policies of utilizing people-to-people... relations in order to coopt foreigners to support and promote China's foreign policy goals". One of the ways that they do that, according to Brady, is to "[u]se sister city relations to expand China's economic agenda separate to a given nation's foreign policy. The CCP front organization, the Chinese People's Association for Friendship with Foreign Countries is in charge of this activity".

"CCP united front officials and their agents are tasked with developing relationships with foreign and overseas Chinese personages to influence, subvert, and if necessary, bypass the policies of their governments and promote the interests of the CCP globally...The Xi administration's strategy of working more with local governments for economic projects has now revitalized the CPAFFC, as well as the local equivalents they work with such as in New Zealand, the New Zealand-China Friendship Society ".

An American equivalent of the New Zealand-China Friendship Society is the US-China Peoples Friendship Association, a not-for-profit organization that describes as its purpose "to develop and strengthen friendship and understanding between the peoples of the United States and China. USCPFA was founded as a national organization in 1974, working on people-to-people diplomacy between Americans and Chinese. Nearly 35 chapters in four regions spanning the U.S. comprise the organization".

"These organizations ...have apparently attempted to exert influence on groups all across the public sphere, including in our schools, in our business associations, impacting local politicals – politicians, media outlets, and Chinese groups here inside the United States."

In July 2019, the fourth US-China Sister Cities Mayors' Summit was held in Houston, Texas. It was co-hosted by Ron Nirenberg, mayor of San Antonio, Texas, and chairman of Sister Cities International, the US organization that co-hosted the summit, and Xie Yuan, vice-president of the Chinese People's Association for Friendship with Foreign Countries.

"Subnational cooperation and people-to-people exchanges are the highlights in the history of China-US interactions and a driving force for the growth of our relations," said Cui Tiankai, China's ambassador to the US, in a message sent to the summit.

"The 277 pairs of relationships at the state, provincial and city levels between China and the US -- 227 pairs of sister cities and 50 pairs of sister states/provinces -- have led to win-win cooperation as both sides share resources and complement each other's strengths".

According to China Daily:

"More than 100 municipal representatives traveled from China to join their US counterparts from over 20 cities in the one-day summit, as the two sides engaged in broad-ranging discussions on topics including innovation and smart cities, the Maritime Silk Road, educational exchanges and how to energize and engage existing and prospective sister city relationships".

There are, apparently, also direct US-China school partnerships. According to the website of an organization that calls itself the USA-China Sister Schools Association, it has "been dedicated to connecting students, teaching staff and administrators of K-12 schools in the U.S. and China since our founding in 1992."

"Over the past two decades, we have witnessed the creation and execution of vibrant exchange programs between more than 20 sister school partnerships. These partnerships spread out in states like Maryland, Virginia, Wisconsin and Kansas and are continuing to expand to other parts of the country. Given the fact that Sino-American relationship is one of the world's most important bilateral relationships, we believe that interpersonal interaction between the youth of the two countries will greatly enhance mutual understanding, which in turn will contribute to the peace and development of the world. We will keep connecting schools in the U.S. and China one at a time".

China has used its sister cities to boost its "mask diplomacy", in which it plays both the arsonist and the firefighter, and has written about this new initiative in state media with quotes from "grateful" US sister cities thanking China for sending them masks.

In an article titled, "US sister cities get help from Chinese friends in virus fight", China Daily quotes Jennifer Priest, executive director of the Norfolk Sister City Association, as thanking the Ningbo Beilun District People's Government for a donation of 2,000 masks. "We are so grateful to our counterpart in China," she said. According to the article:

"Utah, which has enjoyed a 'sister-state' relationship with Liaoning since 2006, received a batch of donations from the Chinese province that included 7,000 N95 masks, 70,000 disposable surgical masks, as well as 7,000 protective suits and 3,000 face masks for children. Leaders from the Utah Legislature expressed their gratitude to officials from Liaoning through a virtual special ceremony to celebrate the arrival of the medical supplies.

"Also presented during the Skype meeting were teachers and students from Cascade Elementary School, who were the recipients of parts of the 3,000 children's masks. The school's students in the Chinese-language immersion program shared stories of their correspondence with President Xi Jinping, which took place in the beginning of the year...

These quotes from "grateful" sister cities are invaluable propaganda for the Chinese Communist Party.

Local politicians and others, such as school principals, are simply easy targets for the sophisticated tactics of CCP officials, who prey on the goodwill and naiveté of unsuspecting Americans, although willful blindness doubtless plays a role. According to Clive Hamilton and Mareike Ohlberg, in their recently published book, Hidden Hand: Exposing How the Chinese Communist Party is Reshaping the World:

"Local politicians typically know little about China and have no responsibility for national security, and because their Chinese interlocutors present themselves as offering people-to-people exchanges and 'opportunities for local business', these politicians have a strong incentive to remain uninformed...

"The focus is typically on economic and cultural ties and it's easy to pretend that there is no political element... however, these local ties are in fact highly political, and where necessary they can be leveraged to pressure national governments. This is the tactic of 'use the countryside to surround the city'".