Chinese owners of Canadian care homes turn their backs our elderly and nothing is done! 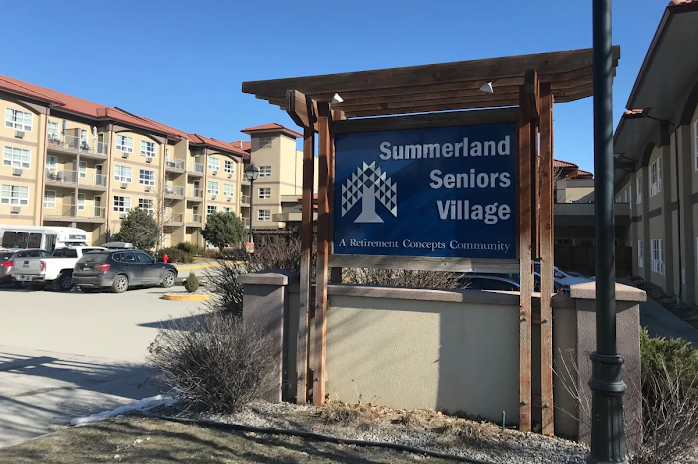 An Okanagan privately owned long-term care facility will continue to be under government management due to outstanding concerns about inadequate care of seniors.

Administrator Vanda Urban was initially appointed to oversee the day-to-day operations of Summerland Seniors Village in February 2020 for a period of at least six months.

Her oversight role has now been extended to July 15, 2021, based on a decision by Interior Health’s board of directors.

“We are committed to providing the best possible care to the people who live in long-term care throughout the entire Interior Health region,” said Dr. Doug Cochrane, Interior Health board chair.

“At Summerland Seniors Village our administrator continues to make progress, but there is still work to do to meet the required legislated care standards.”

Interior Health’s most recent inspection report at the facility, dated Dec. 15, 2020, said there is still an ineffective system in place to ensure all in-house incident reports “are investigated and risk is mitigated.”

There is a new in-house online incident reporting system, the inspector noted, but follow-up is falling short of requirements.

An interim director of care and interim educator arrived at the facility in mid-December to provide support and mentorship to nursing staff, the report noted.

Fewer infractions were noted in December compared to a February inspection report that contained some shocking revelations.

A licensing inspector discovered through nursing notes that there were incidents of neglect of seniors, licensed practical nurses (LPN’s) sleeping on the job, missed medications, and incomplete shift reports, without investigation.

The inspector noted there was no system in place to monitor people in care to ensure that they are not subjected to harmful actions.

“Upon chart audits, it was noted that multiple persons in care had noted bruising to upper arms over a four-month period,” the February inspection report stated.

“This had not been reported by employees to management therefore not investigated until management was made aware.”

There was also a major lack of supervision of staff on evenings and weekends.

In February, a sign was posted outside of the nursing stations stating, “only call on-call manager for: natural disasters, elevator issues, death of a resident, or any colour codes called.”

The licensee immediately scheduled supervisors to work 12-hour shifts and alternate weekends, the report noted, and the questionable sign was replaced with a new sign indicating the on-call manager was available at any time for questions and support.

Summerland Seniors Village is owned by a Chinese holding company and is operated by West Coast Seniors Housing Management.

The federal government approved the sale of Vancouver-based Retirement Concepts, one of the biggest senior care providers in B.C., to Chinese insurance giant Anbang in 2017.

Chinese officials ended a two-year takeover of Anbang and created Dajia Insurance Group, a firm that absorbed the company’s assets and is a...."Communist Chinese/State Controlled" entity.

Outside administrators have been appointed to run other Retirement Concepts care homes in Nanaimo, Comox, and Victoria.

West Coast Seniors Housing Management operates two other long-term care facilities in Interior Health — one in Kamloops and one in Williams Lake.