in water supply after outcry from medical establishment.

Meanwhile, 95% of countries don't fluoridate water over health, legal, and ethical concerns.
A Vermont town’s water superintendent secretly lowered fluoride levels in the water supply for years over concerns about the chemical’s unknown medical effects and the fact it was sourced from Communist China.

“My duty is to take reasonable care and judgment for the protection of public health, safety and the environment of my customers,” he said, adding that “to err on the side of caution is not a bad position to be in.” 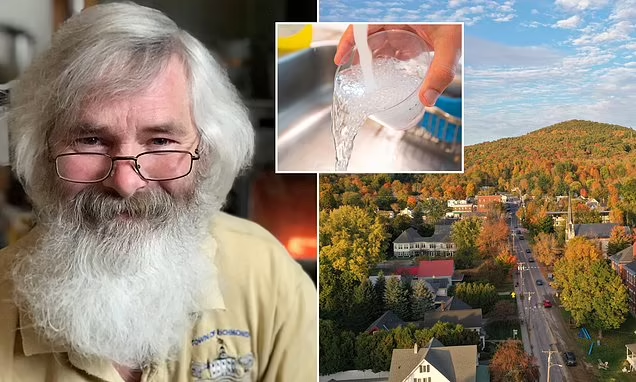 Some Richmond residents were outraged over Chamberlin’s move to reduce fluoride levels over three years.

“For a single person to unilaterally make the decision that this public health benefit might not be warranted is inappropriate. I think it’s outrageous,” retired Dr. Allen Knowles said at a meeting last month.

“Fluoride, again, is one of the most successful and important public health measures that has ever been undertaken in this country.”

“The reduction in dental disease is just inarguable. You don’t establish safety based on one person’s opinion or one study or this or that,” Knowles added.

Following the public outcry by some Richmond residents, Chamberlin issued an apology virtually.

“Words cannot express how sorry I am for causing this controversy,” he said. “Believe me when I say I have always only had good intentions based on a misunderstanding. I promise I will make sure nothing like this ever happens again.”

Richmond has since voted to reinstate fluoride levels in its water supply back to usual levels.

“Two of the three fluoride additives U.S. water systems can use do, in fact, come from China because they have no domestic manufacturers,” the Daily Mail reported.

The U.S. Centers for Disease Control and Prevention claims that 73% of the U.S. population is served by water systems with adequate fluoride to protect teeth.

Interestingly, even China itself does not fluoridate its water for its over one billion citizens despite outsourcing the chemical to America, according to Fluoridation.com

In fact, only about 5% of countries fluoridate their water.

That may be because fluoride is an industrial byproduct which studies show lowers the IQ levels of individuals who consume it.

In the decades since it was first introduced in the U.S. water supply as part of public health policy in 1950, little effort has been made by the medical establishment to research its harmful effects.

here is the media making fun of it all

After public outcry, Richmond board votes to raise fluoride levels in town water 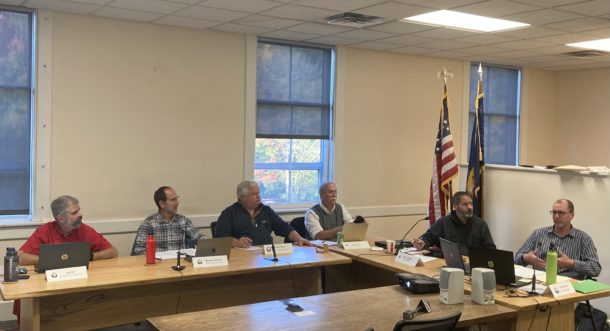 RICHMOND — Following the revelation that a town employee had unilaterally set the level of fluoride in Richmond’s public water supply at less than half the level recommended by the state, a town board voted unanimously Monday night to meet the state’s standards.

In a prepared statement delivered remotely, Chamberlin on Monday offered his “sincerest apology to the citizens of Richmond” and promised to ensure “nothing like this ever happens again.” When asked specific questions during public comment, the water superintendent remained silent

Chamberlin came under fire after a Sept. 19 meeting of the commission, during which it was revealed that he had set Richmond’s fluoride levels to 0.3 milligrams per liter rather than 0.7, the measurement required at the time by the Vermont Department of Health and U.S. Centers for Disease Control and Prevention.

It is not mandatory for a town to opt into the state’s fluoridation program, according to Robin Miller, who leads the state health department’s Office of Oral Health. But the state does have requirements for towns that participate in the program, and one of those is that they must comply with Centers for Disease Control and Prevention standards on fluoride levels.

“This is the first experience that I've had in my role here that a town has opted into the program but not fluoridated within the optimal range,” Miller told the board. When asked by a member of the public whether the town had been out of compliance for the past three years, she responded, “Yes.”

“The motion before us is to essentially put in writing what we already thought we were doing,” commission member Jay Furr said, referring to the fact that he and his colleagues on the commission had only recently learned that Chamberlin had lowered the levels.

All five members of the commission voted in favor of the motion.

When it came to Chamberlin’s role in the matter, members of the public argued for and against his decision.

“I’d first like to say that I have a tremendous amount of respect for Kendall,” said Katy Mather, a former commission member. “However, making a decision to go below a state minimum for fluoridation should have been a policy change he brought to the water and wastewater commission, the Selectboard and the town.”

Attendee Erik Bailey defended Chamberlin, arguing that monthly water quality reports showing the daily fluoride residual are approved by the town manager and reviewed by the Department of Health.

“So it's not just one guy doing what he wants,” Bailey said, referring to Chamberlin. “He's bringing these reports to his boss who signs them.”

The meeting ended with an executive session involving the “evaluation of an employee,” according to the agenda. After the closed-door session, Arneson said that “there is no decision at this point” when asked about disciplinary actions for said employee.

However, during the meeting, Arneson and commission members agreed that supervision over water quality needs to be better in the future.

“I think I can speak for the board or at least for myself that we will be reviewing those numbers much more closely in the future and frankly, we should have all along but we weren't,” Furr said.

The Office of Oral Health also plans to impose new strategies in response to this incident, Miller said.