VANCOUVER IS DYING: Illicit Drugs coming in from China and subsequent criminal activity at all levels of government

VANCOUVER IS DYING: Illicit Drugs Coming in From China and subsequent criminal activity at all levels of government

Sadly here is the the new Mayor of Vancouver just elected and new information which was carefully hidden prior to the results:

Ken Sim, the mayor-elect of Vancouver, is the cousin of Bernard Chan 陳智思, a former top advisor and campaign chief of Carrie Lam, Hong Kong’s notorious ex-leader who actualized the draconian National Security Law, according to Ming Pao and other Chinese-language media.

In a report published on Oct.17, 2022, on Ming Pao’s website, headlined “Vancouver’s Ken Sim and Prince George’s Simon Yu: B.C. elected two Chinese mayors,” there is a sentence, “It turns out that Ken Sim is the cousin of Bernard Chan, the former Convenor of the Executive Council (of Hong Kong). ”

In the article, Chan said that he kept a low profile during his cousin's campaign and did not talk about their relationship in order to avoid harming Sim. Now that the election result is out, he can “finally congratulate his cousin for founding his own party and getting elected.”

Social media shows that Bernard Chan retweeted Twitter posts celebrating Ken Sim’s election win. Meanwhile, Sim never says anything about his relation to Chan, either before or after the conclusion of the election.

In another paragraph in the Ming Pao report, it reads, “Chan said he had discussed with Ken Sim (about the B.C. municipal election) and said that Vancouver is facing the deterioration of economic security, and the local people are a little tired of traditional political parties, so it is estimated that the establishment of a new party would likely win.”

You can’t choose your relatives and there’s nothing to suggest Sim has done anything wrong, but who is Bernard Chan?

Bernard Chan, aka Bernard Charnwut Chan, 57, is a high-profile businessman and politician in Hong Kong. 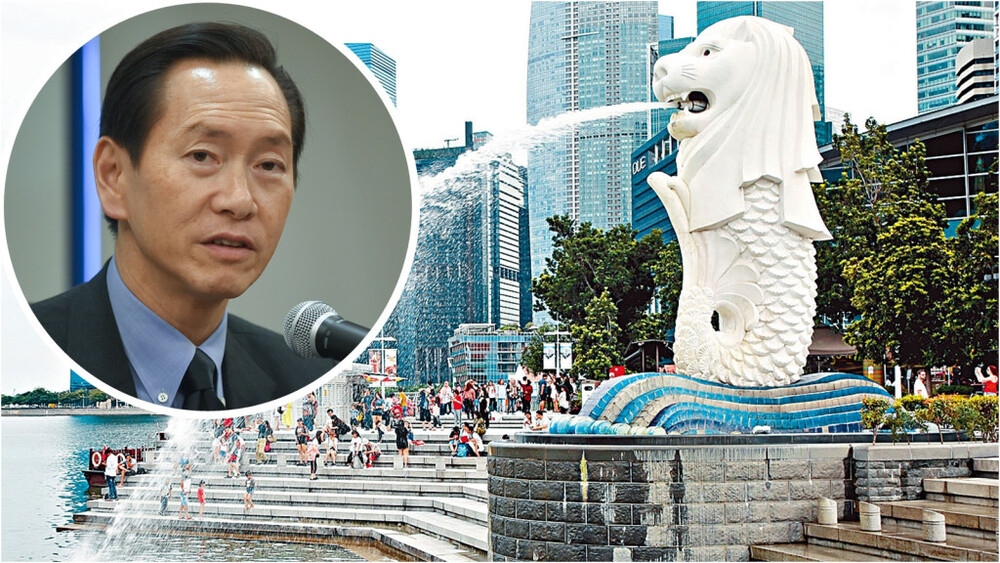 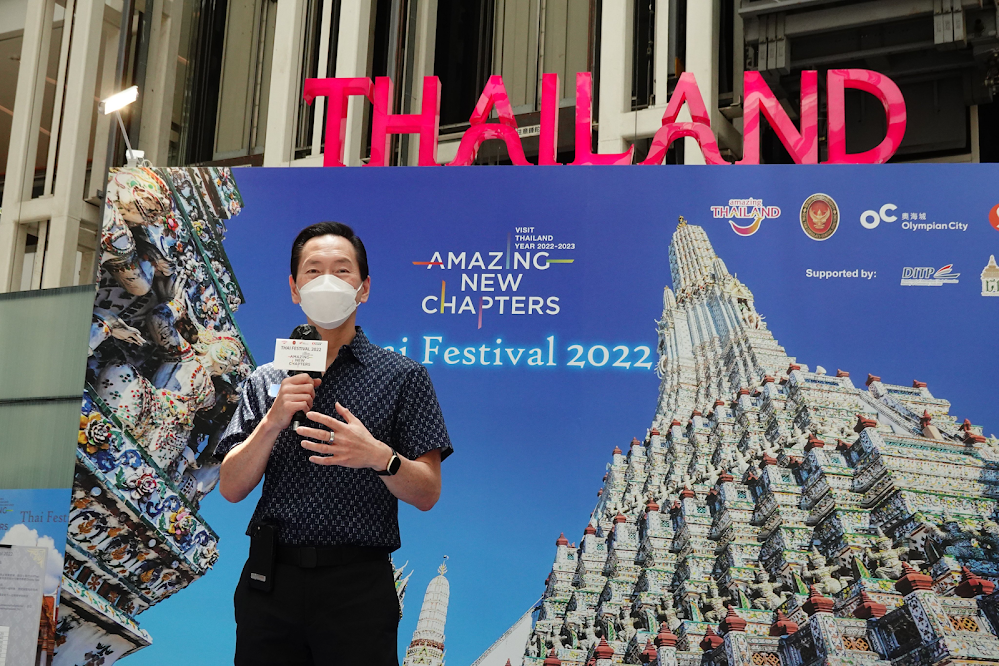 In Ming Pao’s report, Chan was referred to as the “former Convenor of Hong Kong’s Executive Council''. But this is only one of the many hats he is wearing or has worn (although probably the most prominent one).

Chan’s other titles include but are not limited to:

Bernard Chan was the campaign office chief for Carrie Lam in 2017 when Lam was running for Chief Executive (CE) of Hong Kong.

At that time, although Chan had been repeatedly rumoured of planning to run for CE for many years as one of the powerful contenders for the city’s top job, he decided not to run himself. Instead, he decided to lend his support to Lam. In a report by Hong Kong-based Chinese-language newspaper Ta Kung Pao, Chan said he’d known Lam for 20+ years and he believed Lam “is capable of protecting Hong Kong’s core values and uniting Hong Kongers”.

When Carrie Lam was successfully elected as CE, Chan was appointed the Convenor of the Executive Council, a de facto cabinet that advises the Chief Executive. Chan worked in this position from July 1, 2017, to June 30, 2022, covering the entire term of Carrie Lam’s administration. During these five years, Hong Kong’s democracy suffered drastic deterioration, which culminated in the enactment of the National Security Law in June 2020. On numerous controversial issues, from the Extradition Bill, the Anti-mask Law, the National Security Law, and the patriots-only electoral system, Chan stood firmly behind Lam as her top aid.

As a longtime Beijing loyalist, Bernard Chan is known to be very careful not to cross Beijing’s red lines. In a 2018 report by HK01.com, Bernard Chan said the Hong Kong independence discussion would “hurt Chinese mainlanders including the leaders in Beijing”.

During Hong Kong’s pro-democracy protests in 2019, Chan said “violence must stop” so as to bring Hong Kong back to normal.

On the website of Our Hong Kong Foundation, a local think tank where Bernard Chan serves as the vice-chairman, there are numerous publications that defend the HK National Security Law, claiming it to be “constitutional and legal”.

Chan is the delegate to the National People’s Congress of P.R.China representing the Hong Kong Special Administrative Region (HK SAR). He’s been holding this position for 14 years since 2008. In May 2020 and March 2021, Chan voted yes to approve the imposition of the National Security Law and Beijing’s changes to Hong Kong’s electoral system.

In April 2021, Chan published an opinion piece in South China Morning Post claiming that Beijing's decision to only allow “patriots” to serve in the government was good and "taxpayers should welcome the revamp."

In early 2022, embattled Carrie Lam decided not to run for a second term. Shortly after, John Lee, a Beijing-favoured former police officer became a candidate. In April, Youtube banned Lee’s campaign channel in accordance with sanctions by the U.S. government. Lee claimed Youtube’s decision “bullying acts”, and China’s central government accused “certain US companies” of being “political tools” for the US government, saying that the United States had “malicious” intentions to “disrupt” Hong Kong’s election and interfere in China’s internal affairs.

Bernard Chan provided support to John Lee saying he believed Lee to be “experienced and capable” for the CE position. Lee later did win the one-candidate (s)election and vowed to strengthen national security and accelerate Hong Kong's integration with mainland China.

In June 2022, before Carrie Lam’s departure, Chan published an opinion piece defending Lam's legacy, claiming she should be remembered much more than the protests and the government's pandemic response.

Bernard Chan is the Executive Committee Chairman of Hong Kong Chronicles Institute (HKCI), an organization under the Our Hong Kong Foundation. On July 27, 2022, HKCI published the first volume of the English edition of the “Hong Kong Chronicles”, a historic book that traces the footsteps of the 7,000-year history of Hong Kong. John Lee, Bernard Chan, and 40+ officials from the Hong Kong and Beijing government attended the grand book launch. Although the book chronicles 6000+ historical events, it did not mention the Tiananmen Square Massacre in 1989 and smeared the Umbrella Movement in 2014. Critics believe this publication is nothing but a part of the CCP’s great external propaganda.

This publication also marks one more case of the Hong Kong authority’s attempt to erase the Tiananmen Square Massacre from people’s memory, after it banned the annual candlelight vigils in Victoria Park for pandemic reasons in 2020, and removed the Pillar of Shame sculpture from a university campus.

Bernard Chan retired from the position of Convenor of the Executive Council with the completion of Lam’s administration, but he is still the delegate of the National People’s Congress of P.R.China.

Bernard Chan’s father was vice chairman of the ACFROC

The most recent one took place on June 30, 2022, when Xi Jinping and his wife Peng Liyuan, arrived in Hong Kong by train to attend the 25th-anniversary celebration of Hong Kong's return to the motherland and the inaugural ceremony of John Lee as the 6th CE of Hong Kong. Bernard Chan, along with Carrie Lam, was among the small group of people that greeted Xi at the platform of the train station.

11 years before that, Bernard Chan was seen shaking hands with Xi Jinping in Beijing, according to a Ming Pao report in July 2011. Bernard Chan’s late father, Robin Chan, looked on with a big smile on his face.

Robin Chan 陳有慶, aka Rabin Sophonpanich, was also a successful businessman extensively involved in politics. He served as the executive director and president of the Asia Financial Group and its main subsidiary, Asia Insurance respectively. Most of his positions in business were passed down to Bernard Chan when he passed away in April 2022.

He was once the vice chairman of the All-China Federation of Returned Overseas Chinese, ACFROC), according to the ACFROC’s official website. ACFROC is a United Front organization that functions as a point of contact and influence of the CCP with overseas Chinese, according to multiple publications including “The Rise of China and the Chinese Overseas”, “ASPI: The Party Speaks for You”, and so on.

A photo in Robin Chan’s book shows he and his son, Bernard Chan met with Liu Yandong , then-minister of the CCP’s United Front Department during the 2004 National People's Congress.

When Robin Chan passed away, Carrie Lam released a statement calling him an “esteemed entrepreneur and philanthropist’. Lam said in her statement, "In 2012, Dr. Chan gave me a copy of his biography and I read it in detail. The stories about his growth and business career, as well as his deeds in serving the nation and the overseas Chinese, were deeply admirable."

Robin Chan served as the delegate to the National People’s Congress of P.R.China for 20 years, from 1988 till 2008 when his position was “inherited” by Bernard Chan.

If only Vancouverites knew this before election time