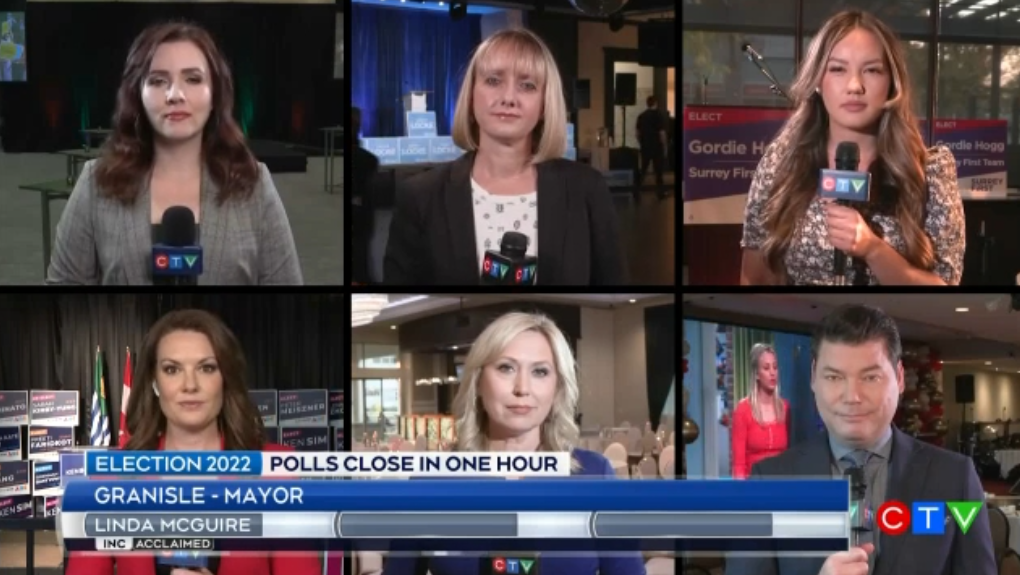 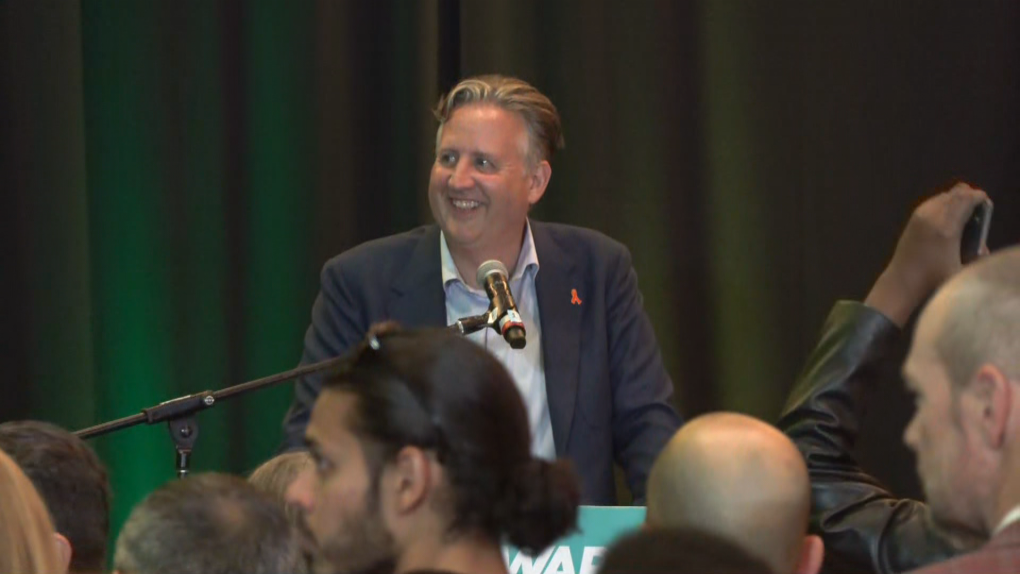 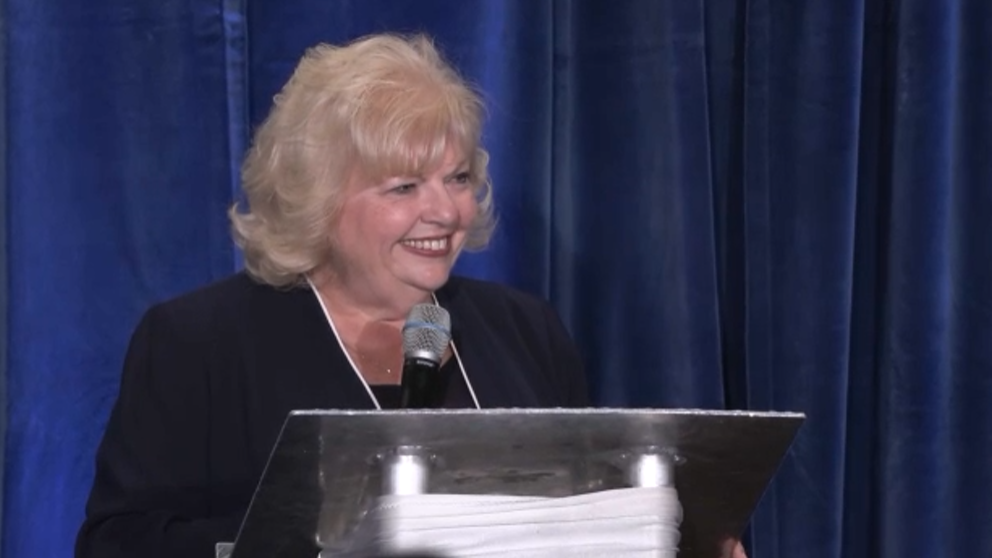 In a decisive victory, Ken Sim has ousted incumbent Kennedy Stewart to become the next mayor of Vancouver.

Vancouverites have voted to give Sim – a businessman with no previous political experience who promised to “rethink the way city hall is run” – the top job. As of 11 p.m., with just over two thirds of polls reporting, Sim had captured roughly 49 per cent of the vote, with 37,963 ballots cast in his favour. Stewart brought in about 31 per cent, with 25,051.

"The path to get here was incredibly long – 135 years after the first Chinese head tax was paid just for the right to come here and work on building a railway, Vancouver has elected its first Chinese mayor," he said. Live blog: Full coverage of B.C.'s 2022 election.

"The history of this moment isn't lost on me. But the honour really goes to those whose shoulders I stand on," Sim added, naming a number of the city's previous councillors, including Raymond Louie and Kerry Jang.

Running under the banner of ABC Vancouver, Sim ran a campaign heavily focused on crime and public safety, getting an unprecedented endorsement from the Vancouver Police Union.

ABC is now poised to send its entire slate of seven councillors to city hall alongside Sim. With eight votes on council, that will allow the party to see any of their policies and proposals – even those that require a two-thirds majority – passed. The party also saw all of its candidates elected to the park and school boards, locking in solid majorities.

"We heard loud and clear from people that they wanted change – and people, change in Vancouver is here," Sim said.

Such  decisive majority will be a marked departure form the past four years during which Kennedy Stewart, elected as an independent, presided over a council with no majority. Stewart has described that council as “fractured,” and observers have noted that city hall since 2018 has been characterized by close votes, protracted public hearings and heated debates.

Joining the ABC slate on council will be incumbents Christine Boyle, representing OneCity and Greens Adrianne Carr and Pete Fry.

WHAT HAS SIM PROMISED?

ABC has pledged to drastically expand the Vancouver Police Department’s Car 87 program. The program deploys a plainclothes officer along with a mental health professional to respond to emergencies where no crime is in progress.

“On day one we are going to requisition for 100 new police officers and 100 new mental health nurses,” he said Saturday.

He has also pledged to equip all officers with bodycams by 2025 and reinstate the School Liaison Program that stations police officers in city schools.

When it comes to tackling the city’s persistent homelessness and housing affordability crises, Sim’s pledge is to drastically increase construction by cutting permit approval times.

"We will work to make Vancouver the most accessible city in the world,” he said, pledging to revitalize the city and improve its reputation by making it more attractive to prospective residents and industry alike.

“We're going to start the work, day one, to reduce permit times on building new homes and starting new businesses.”

In 2018 Sim lost to Stewart by fewer than 1,000 votes and did not concede the close race on election night.

Stewart, speaking Saturday to a rather subdued crowd of supporters, touted the city’s response to the overlapping crises that characterized his tenure – the COVID-19 pandemic, homelessness and the toxic drug crisis.

"I'm really proud of what we've been able to accomplish and I'm actually sad to be giving up the mayor's chair – although administering points of order and a million amendments every meeting, I'm not going to miss that too much," he said.

Stewart has dismissed claims that he is soft on crime or that the city has deteriorated during his time in office. Generally, he has argued that addressing housing and homelessness, decriminalizing hard drugs, and improving access to services are the most effective ways to address crime and social disorder. Voters, evidently, did not agree.

However, in his address Saturday he said that the strides made on housing will be a lasting legacy of his time in office.

“I think we've really turned the tide on the housing crisis we have in this city. We've doubled the number of homes that are being approved. We've shifted from building primarily condos for investors to building rental and social housing that working folks need," he said.

"Last year alone we opened 1,600 units of social housing, securing over a billion dollars from the federal and provincial governments, and that's going to make a lifetime of difference for a lot of people."

During his victory speech, Sim described the last four years as some of the “darkest” in the city’s history and thanked Stewart for his service.

“The pressure of guiding our city during a global pandemic is impossible to measure, and on behalf of myself, ABC Vancouver and everyone in Vancouver, we are grateful,” he said. 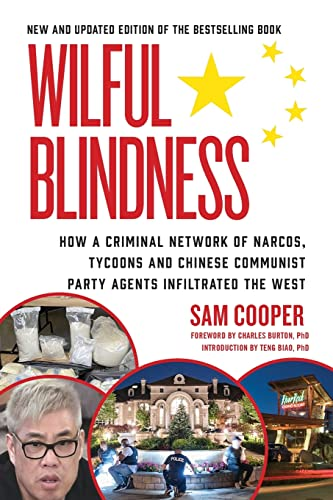 in Charles Burton, Dragon at the Door, Foreign Affairs, Foreign Policy Program, Latest News, Multimedia, Past Events
A A

On June 7, 2022, the Macdonald-Laurier Institute was pleased to host a book re-launch of Sam Cooper’s Wilful Blindness: How a network of narcos, tycoons and Chinese Communist Party agents infiltrated the West.

Members of the panel touched on the malign yet sophisticated influence of the Chinese government and its agents in Canada, and how the Canadian government has chosen to address those concerns. They also debated Canada’s approach to the problem of money laundering and whether or not enough has been done to counteract it.