The Pentagon solidifies an earlier blacklisting by the U.S. Treasury Department. Last December, the Treasury Department classified DJI and seven other Chinese technology firms as members of the Chinese military-industrial complex.

The U.S. Army has also already banned use of DJI’s drones. The U.S. Department of Interior also grounded its DJI drones amid concerns they were transmitting sensitive information about U.S. infrastructure to the Chinese government, or presenting other vulnerability to hackers who could launch a cyber attack or cause other harm with the drones.

DGI drones are *approved in Canada, under Trudeau 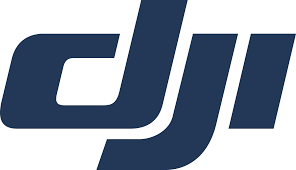 This latest Pentagon move complies with a provision in the 2021 National Defense Authorization Act (NDAA) to list companies involved in the Chinese government’s Military-Civil Fusion strategy “which supports the modernization goals of the People’s Liberation Army (PLA) by ensuring its access to advanced technologies and expertise are acquired and developed by PRC companies, universities, and research programs that appear to be civilian entities.”

The Pentagon previously blacklisted an initial tranche of 47 Chinese entities on June 3, 2021.

The Pentagon added DJI and 12 other Chinese entities in its latest blacklisting. Those additional entities include:

The Treasury Department’s original blacklisting of DJI blocked U.S. individuals and entities from investing in DJI and the seven other companies.

This latest Pentagon blacklisting does not specify any additional limitations on the Chinese drone-maker but the Pentagon said the U.S. government “reserves the right to take additional actions on these entities.”

Charles Rollet, an analyst at Pennsylvania-based surveillance research group IPVM, told Al Jazeera that this latest Pentagon listing is a warning to investors.

“DJI had already been added by the US Treasury to the Non-SDN Chinese Military-Industrial Complex Companies list in December 2021, barring US investment into the firm,” Rollett told Al Jazeera. “So the DoD listing confirms the US government firmly considers DJI to be a contributor to the People’s Republic of China (PCR) military.”

“DJI stands alone as the only drone company to clearly denounce and actively discourage military use of our products, including suspending all business operations in Russia and Ukraine to try to keep our drones out of the conflict there,” the statement began.

Indeed, DJI did ban sales of its drones in Russia and Ukraine as small off-the-shelf drones have increasingly been converted into make-shift bombers.

“DJI does not fall under any categories set by the law to be included on the list,” the company added in its Saturday statement. “DJI is not a military company in China, the United States or anywhere else.”

“DJI has never designed or manufactured military-grade equipment, and has never marketed or sold its products for military use in any country. Instead, we have always developed products to benefit society and save lives,” the company’s statement continued. “We stand ready to formally challenge our inclusion on the list.”

DJI has confirmed that nine of its models meet the new Transport Canada requirements for drone flight within 100 feet of people.

The declaration, along with DJI’s previously declared compliance with new requirements for drone flight in controlled airspace, allows DJI customers to use their preferred drones across Canada.

Commenting on the confirmation, Javier Caina, DJI director of technical standard: “DJI customers choose our drones because they know our longstanding history of making powerful, reliable and dependable aerial platforms, and we are proud to say they can continue using our products under the new Transport Canada system beginning June 1.”

He added: “We have put months of effort into documenting our safety expectations, testing standards, reliability guidelines and other processes to comply with Transport Canada’s new requirements. Thanks to this effort, we are able to confirm that our customers can continue flying DJI drones in controlled airspace and near people when the new rules take effect.”

Transport Canada announced its new regulatory framework for certain types of advanced civilian drone operations in January, requiring the use of drones whose manufacturer has declared that its drones meet reliability and operational characteristics under a safety assurance framework.