China’s Productive Capacity Is Starting To Slip Away To India

China’s Productive Capacity Is Starting To Slip Away To India

It would seem that India along with other Asian countries like Vietnam has benefited from manufacturers moving out of China. China’s productive capacity is starting to slip away when compared to India.

According to a recent Caixin study, continuing lockdowns in China are not aiding the nation’s ongoing, decade-long production migration.

According to the paper, upheavals in Covid policy, growing labor prices, and escalating trade tensions between the U.S. and China have all contributed to the exodus from Asia, a region that is a production powerhouse.

Due to cheap labor and increasing local demand, Southeast Asia and India are vying to replace China. This is in line with Prime Minister Narendra Modi’s “Made in India” campaign and India’s political goals. 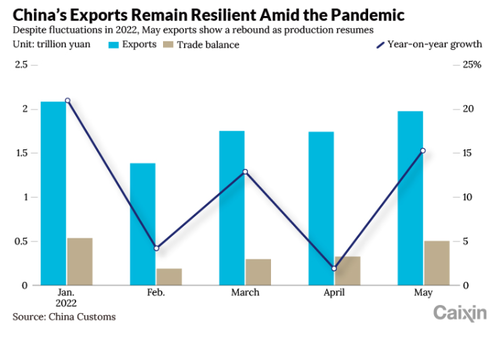 As an illustration, Apple announced earlier this year that it has switched production of the iPhone 13 from Foxconn in Taiwan to a plant in India. The research states that, like other smartphone manufacturers, it has incentives for both domestic and foreign sales:In India, Chinese smartphone makers set up factories aiming at the huge domestic market. With 1.4 billion people — almost as many as in China — and a high proportion of young people, India has attracted Chinese brands including Xiaomi, Meizu, Vivo and Oppo to build factories. Many Chinese phone part makers have also set up factories there. Now Chinese brands account for nearly two-thirds of India’s smartphone market.

However, the Caixin article points out that China still has strengths, including a sizable local market, decades of manufacturing infrastructure, and experience. And even while China’s economy has not yet experienced any significant aftershocks, the trend is unfavorable for the nation. 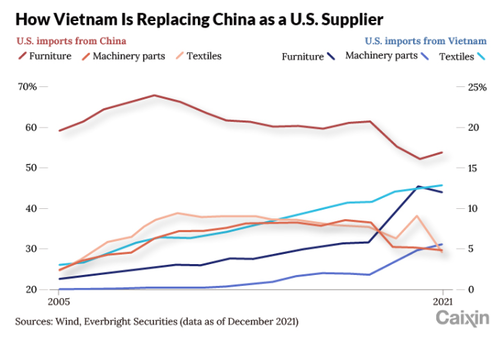 The departure from China, according to Li Xingqian, director general of the Ministry of Commerce’s Foreign Trade Department, was “in line with the law of economics.”

According to the data, exports in the nation increased by 16.9% in May, rising from 3.9 percent in April. In May, the nation’s trade surplus totaled $78.76 billion.

It might take Americans till the end of this year to use up supplies that were brought forward from the previous year.

President Joe Biden has also stated that he is thinking about removing tariffs on $350 billion worth of Chinese goods per year. However, his government still appears divided on the issue, and no speedy decision is anticipated. 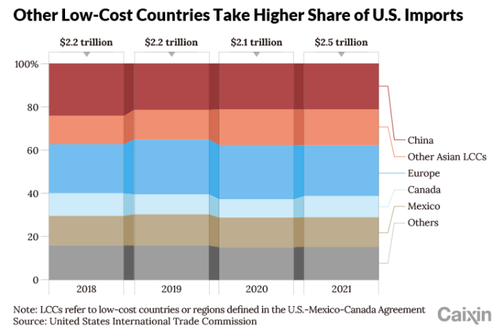 The research said unequivocally that China continues to be “the world’s factory” and that this is not expected to alter any time soon:

Along with India, Vietnam has benefited from manufacturers moving out of China. For the first five months of this year, imports for the nation increased by 16.7%, according to figures.

Textiles, furniture, and low-end consumer electronics assembly comprise the majority of the output that is shifting to Southeast Asia, according to the report.