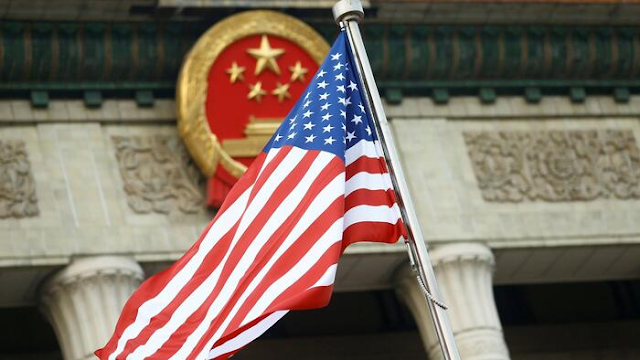 The global economy is fracturing as the need to rejigger supply chains is underway. US firms realize China's Covid-zero policy and shutdowns, along with heightened geopolitical risk across the region, are bad for businesses and reduce capital investments in the country.

The American Chamber of Commerce in Shanghai's latest survey of hundreds of US firms in the Asian country found a near doubling of respondents over the past year that are cutting investment.

Around a fifth of the 307 companies surveyed said they were slashing investments this year because of Covid-related shutdowns, travel restrictions, and supply chain disruptions. This is nearly double the number of respondents who were asked the same question last year.

"Confidence has been shaken," the American Chamber of Commerce in Shanghai said.

Eric Zheng, president of the Shanghai chamber, was quoted by Financial Times, indicating Beijing should "pivot to a more sensible approach to managing Covid-19 based on a reasonable balance between public health and the economy," adding the strict measures have "upended business performance expectations."

Even though US firms still expect future growth, business confidence has been shattered as only 55% of respondents are optimistic about China's five-year business outlook -- a record low.

And President Xi Jinping's power grab of a third five-year term could leave US CEOs facing a complex outlook that may spur accelerated rejiggering of critical supply chains out of the country to more friendly shores. The survey has conducted between July 14 and Aug. 18 and didn't include Xi's consolidation of power.

All of this suggests that Western firms are increasingly likely to divert at least some (if not all) of their supply chains out of China in a move called "friendshoring" -- while a play on "offshoring," this isn't about companies moving operations back to the US or Europe, but instead seeking foreign alternatives that retain the benefit of low labor costs but with less international controversy.

Michael Every, the global strategist at Rabobank, recently outlined in a note to clients which countries will benefit from friendshoring...

Every expects a lot of low-tech manufacturing jobs will go to India. 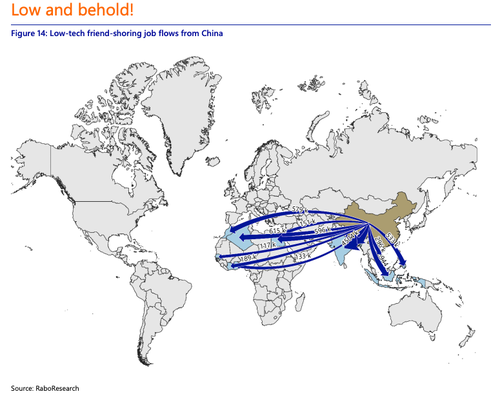 India, Turkey, and Brazil could be the top beneficiaries of medium-tech jobs. 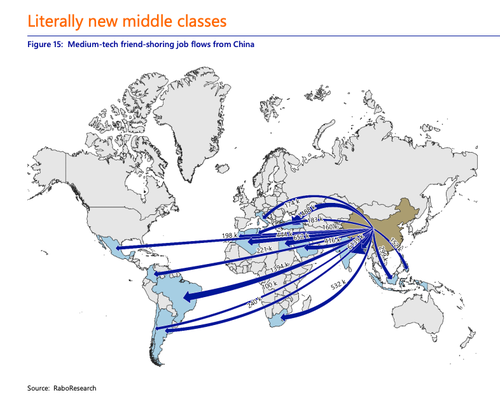 France, Japan, Italy, and Canada could be the top beneficiaries of high-tech jobs. 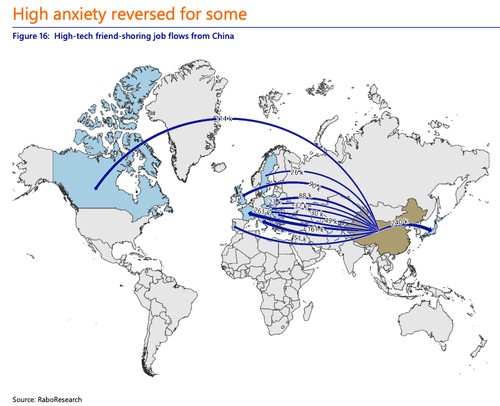 This decade could be one of the greatest global supply chain resets in a generation.