China is using a stealth fleet of fishing boats and ferries to boost its naval power, say military experts

China is using a stealth fleet of fishing boats and ferries to boost its naval power, say military experts

China is utilizing a range of civilian ships to bolster its naval power, AP reports.

The country already boasted the biggest navy in the world by ship count and launched its first home-grown aircraft carrier in June.

But a fleet of scientific ships, fishing boats, and ocean ferries also offer a military dimension.

Gregory Poling, director of the Center for Strategic and International Studies' Asia Maritime Transparency Initiative, told AP that in the hotly contested Spratly Islands in the South China Sea, Chinese authorities pay trawlers large sums of money, more than they can make through fishing, to anchor for at least 280 days a year to enforce Beijing's claim on the islands.

He said there are about 300 to 400 vessels deployed there at any given time.

"China is able to use nominally civilian vessels that are clearly state-directed, state paid to eat away the sovereignty of its neighbors, but then plausibly deny that the state is responsible," Poling told AP.

Poling added that the use of civilian vessels for military purposes complicates military interactions.

"You don't want to treat every Chinese fishing boat as if it were an armed combatant, but, in fact, some of them may well be armed combatants," Poling said.

This growth project is happening in tandem with increasing military activities around Taiwan.

Chinese authorities have commanded civilian fishing trawlers for military purposes for decades. Still, they have rapidly increased the numbers recently with the creation of a "Spratly Backbone Fleet," according to AP. 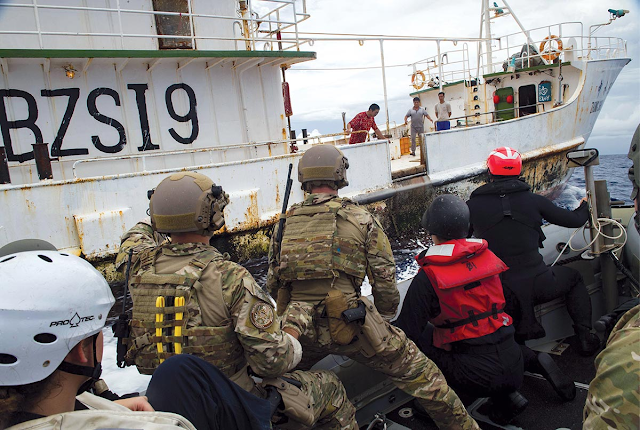 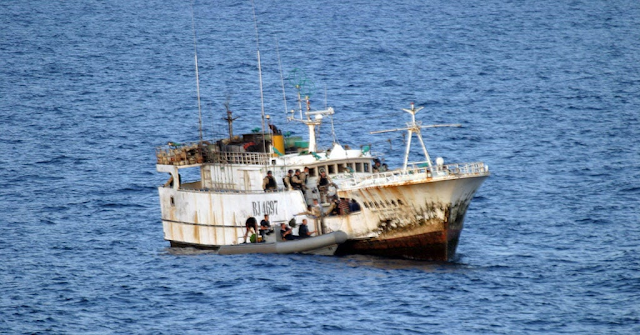 China has also launched ships for ostensibly civilian purposes that could potentially be converted to military use quickly.

All ferries built in China since 2016 must be able to accommodate tanks and military vehicles, according to Mike Dahm, a retired U.S. Navy intelligence officer who has written on the topic for the U.S. Naval War College China Maritime Studies Institute, per AP.

In June, it was reported that China had launched the world's first crewless drone carrier that uses artificial intelligence to navigate autonomously in open water.

Beijing officially described it as a maritime research tool, but some experts have said the ship has the potential to be used as a military vessel.

China's rapid naval expansion — both in size and in activity — has alarmed rivals and been closely watched by the U.S. military, chiefly the ships and aircraft of the US Navy's Japan-based 7th Fleet.

Insider's Chris Woody recently reported that US Navy ships are operating close to Chinese warships in the Western Pacific and gathering intelligence on China's navy, but US officials worry that rising tensions could lead to riskier encounters at sea.