'I won't be issuing an apology,' says MP Derek Sloan

Embattled rookie MP for Hastings and Lennox and Addington Derek Sloan says his controversial criticism of Canada’s top doctor’s handling of COVID-19 was about her job performance, not about race.

The leadership candidate for the Conservative Party of Canada is standing by his assertion Dr. Theresa Tam, Canada’s Chief Public Health Officer, should be pink-slipped for following slow-footed COVID-19 counter measures by the World Health Organization he believes delayed swifter protection for Canadians against the disease. 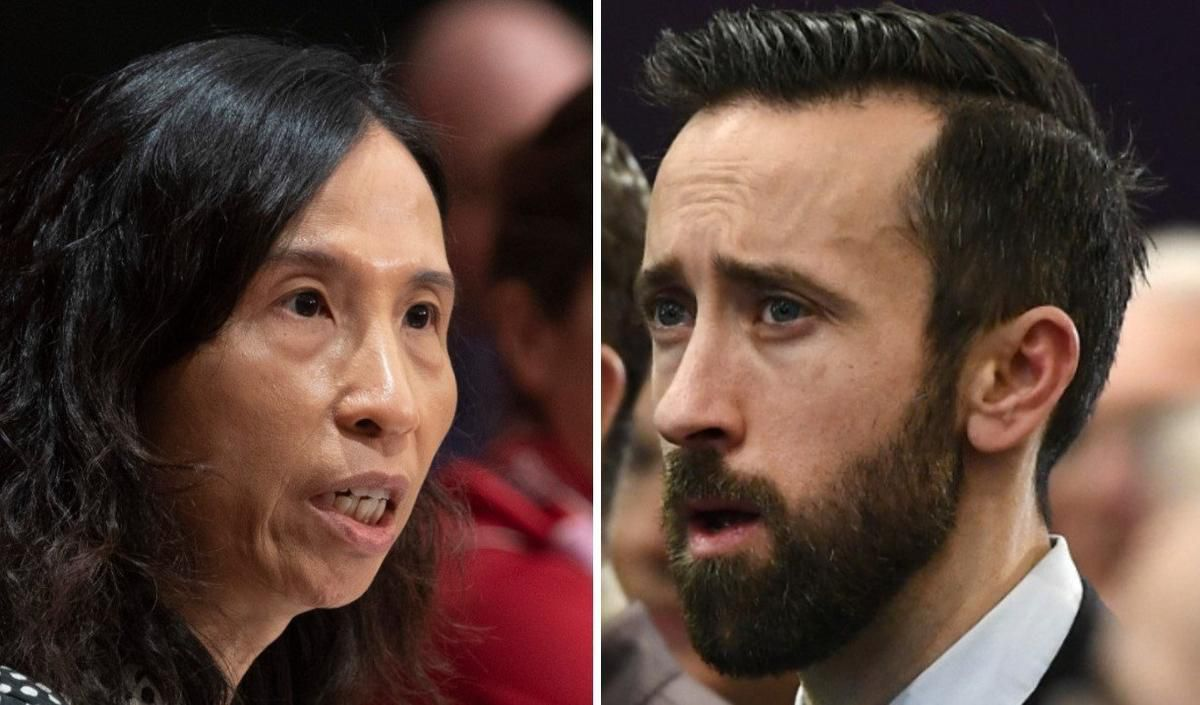 How is Justin Trudeau going to rationalize calling an election that has no purpose? |…

In an exclusive interview Friday with The Intelligencer, Sloan said he will not apologize for his April 21 tweet and video querying whether Hong Kong-born Tam was working for the Chinese government as she responded earlier this year to a growing pandemic.

His online remarks triggered a national backlash this week from those in his own riding, members of his own Conservative Party of Canada and voters across the country.

Sloan’s comments were condemned as “cruel and racist” in a letter Thursday penned by Hastings County co-signatories Warden Rick Phillips and CAO Jim Pine who represent the same voters in northern reaches of the county represented by Sloan.Tam, meanwhile, dismissed Sloan’s remarks as “noise” while Prime Minister Justin Trudeau responded, “Canadians deserve better than this from all of us.”

Sloan’s comments, however, also earned him online support from other like-minded members within the Conservative party whose leader, Andrew Sheer, has declined to throw him under the bus under heavy media scrutiny in Ottawa.

“When I made the statement, obviously, the idea people would think it was racist was not even on my mind. I would have said those statements about any public health officer that made those decisions in her spot,” Sloan said. “It had nothing to do with her background.”

“I have concerns about the way Dr. Tam has responded to the pandemic, I have concerns about the World Health Organization being sort of beholden to China, at least parroting this information from China. It has nothing to do with Dr. Tam’s background, what her ethnicity is. Outside of there being a lot of hysteria right now, I’m not sure where all of the confusion came from,” Sloan said.

Sloan asked, “what information is she using and who is it benefiting? I’m not questioning her motives, I’m saying as public health officer, she needs to avail herself of all public information.”

He compared Canada’s reaction to the pandemic to Taiwan’s decision Jan. 20 to flip the switch on its own Central Epidemic Control Centre, several days before China locked down Wuhan and well before Taiwan had even recorded its first case of the novel coronavirus.

“Taiwan contacted the World Health Organization December 31st, and on Jan,. 1st they started screening and they have less than 500 cases total this entire time,” Sloan said. “Taiwan said, ‘wow, maybe we should pay attention to what’s going on here.’”

Echoing complaints by American President Donald Trump – who has stopped $400 million in WHO funding – that the health organization was in lockstep with China’s alleged mishandling of the virus, Sloan said Canada’s federal health team followed the WHO’s advice for weeks in the early days of the outbreak when it could have acted much more quickly.According to Sloan, Dr. Tam’s decision to follow WHO guidelines was similar to scoring an “own goal.”

“I don’t actually think she works for China. It’s kind of like when you’re playing hockey. If somebody accidentally scores on their own net … you don’t actually think they’re on the other team’s payroll. But the coach will bench that person and Dr. Theresa Tam needs to be benched.”

Sloan said it is his fiduciary duty to hold those in political power accountable on behalf of his electorate in his riding, many of whom, are facing personal and financial hardship amid self-isolation measures to stem the spread of the virus.

“Keep in mind, I get calls from businesses every day that are on the brink of failure in our very riding. To me, I’m sorry if I’m chomping a little bit too much here, but I’m concerned about people in my riding. And if I can raise issues that talk about how we could have done things better or how we can get out of this, that’s my duty to do so and I will always do that,” Sloan said.

“I won’t be issuing an apology. We’re going to be issuing additional communications to party members and doing additional interviews so that may help to clarify. I never mentioned her race and in no way was it part of my comments,” he said.

“People who are making that connection are being disingenuous.”