A company that has eight private schools in China is opening one in Richmond.
Apr 14, 2021 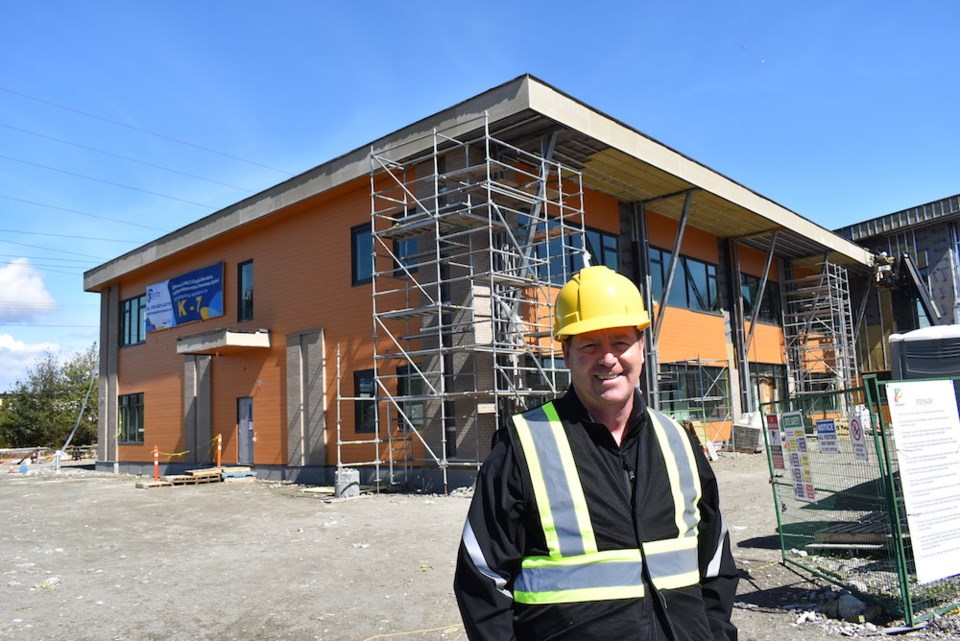 Gary Corry is the head of school at Chaoyin International School in Richmond.Maria Rantanen

Teachers at a new Chinese-owned private school in Richmond — set to open in September — will be told to “tread lightly” around topics such as the Chinese Communist Party (CCP), Tiananmen Square and the Dalai Lama.

Regardless, students will be credited with a B.C. education.

The Chaoyin International School on Bird Road was granted its interim certificate to operate from the B.C. Ministry of Education in March and is now open for registration with tuition fees between $15,000 and $23,000.

Greg Corry, head of school, said teachers won’t censor these three topics, but they will be told to “redirect” the conversation.

“We don’t have any strict guidelines about those three topics … but our staff will be told — explained by me — to tread lightly,” Corry said.

Because of the “sensitivity” of the subjects, if teachers express appreciation for the Dalai Lama, for example, it could get back to the parents, said Corry.

“That could be a very sensitive topic and next thing you know, they’re pulling their kid out of the school,” he added.

He said the ownership group understands that the rules and regulations are different in Canada than China.

Regardless, teachers will be told to redirect and find out why students are asking those questions, he explained. Corry compared it to students asking about sensitive topics like drugs and alcohol.

Teachers are role models and have to be careful what they say and post on social media, so it isn’t misinterpreted, he added.

But when asked whether it’s a good role model to challenge anti-democratic movements, Corry said “that’s a political question that I don’t want to get into.”

Chaoyin Education Group has eight private schools in Qingdao, China, owned by the Zhang family, and this is their first school outside of China, Corry explained. 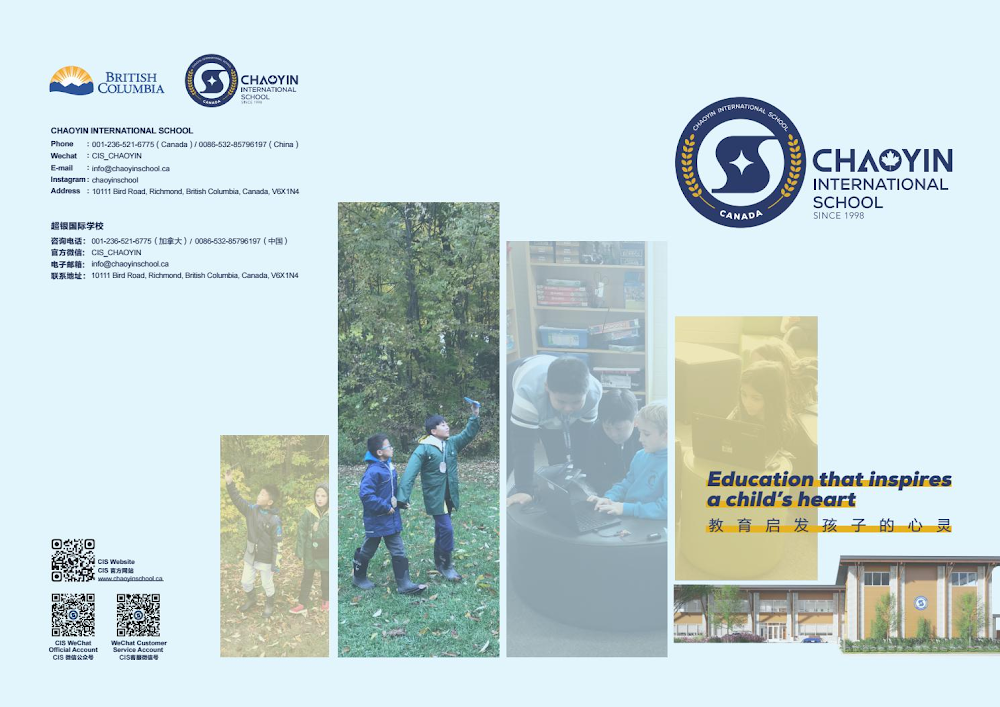 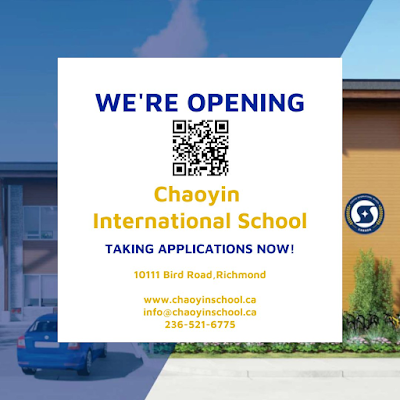 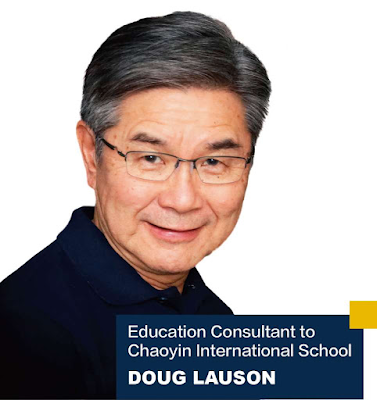 At the “group 4” kindergarten-to-grade-7 school, 50 per cent of students need to be international.    The school is currently recruiting from many countries but China is a big market for Chaoyin because of its connections there.

Corry said B.C.’s education system’s good reputation makes many Chinese and other foreigners want to come here, and, furthermore, it opens up opportunities both in Canada and China for their kids.

“For a family, that gives them the versatility to say my son or daughter can go the western route… or if they want, they can come back to China and they’ll get a pretty good job,” Corry said.

For now, the school is kindergarten to Grade 7, but Corry said they hope to expand it later for secondary grades as well.

The construction was delayed by a year because of the COVID-19 pandemic.

The Minister of Education, Jennifer Whiteside, didn’t respond to multiple requests for an interview.

I wonder how the families of the two Michaels, who have been imprisoned in China since 2018, feel about the B.C. government giving its blessing—and certification—to a Chinese-owned K-7 school that’s scheduled to open in Richmond in September.

We shouldn’t be allowing foreign-owned schools to cash in on the global reputation of B.C.'s education system and the prestige of our world-recognized high-school diplomas. Doing so threatens the “B.C. brand” that makes our schools and postsecondary institutions desirable choices.

I’m not a fan of private schools to begin with, so I choked on my kale chips when I read this story by Maria Rantanen in the Richmond News about the Chaoyin International School (CIS). It highlights a quote from head of school Greg Corry, saying the school’s teachers will be told to “tread lightly” on topics that might be upsetting to the Chinese government or parents, like the “Chinese Communist Party (CCP), Tiananmen Square, and the Dalai Lama”.

Seriously? How can a B.C. Ministry of Education-certified school operate in B.C., teach the B.C. curriculum (with its emphasis on critical thinking), and instruct teachers to “redirect” students who have questions about such important topics?

I emailed Education Minister Jennifer Whiteside’s staff last Friday (April 16), asking if she has any concerns about teachers at the school being censored about talking or teaching regarding issues involving the Chinese government, the Chinese Communist Party (CCP), Tiananmen Square, or the Dalai Lama. I also asked if she thinks telling teachers to steer students with questions away from such topics conflicts with B.C.’s K-12 curriculum and if she thinks it’s appropriate for foreign-owned K-12 schools to be operating in B.C. with her blessing.

Instead of a reply from the minister, I got an emailed statement from her staff that didn’t directly answer my questions.

What the email did confirm is that the B.C. Ministry of Education has “awarded” CIS with “interim certification” and that after the school opens in September, it will be fully inspected and its policies and delivery of educational programming will be assessed.

If it successfully completes its first external evaluation, it will receive full certification to operate as a “Group 4 Independent School”.

Group 4 schools are for-profit schools that don’t receive any government grants and primarily enroll students from outside B.C.

There are currently 28 Group 4 schools operating in B.C., according to the Ministry of Education. That’s more than double the number there were a decade ago, suggesting for-profit K-12 schools are a growing sector. We should be paying attention to this.

Parents living around the world spend thousands of dollars each year to send their kids to schools in B.C. to get a Canadian education. B.C. schools are recognized worldwide for being among the best, and a diploma from a B.C. school is recognized and accepted at universities internationally. That’s not the case in many other countries, where marks and diplomas can be purchased for the right price.

Part of what makes our school system—including both public and private schools—so in demand for foreign students is its legitimacy. The credibility of our school curriculum and the professionalism and autonomy of those who teach in B.C. schools are what have created our impressive global reputation that draws thousands of students to B.C. each year and gives our graduates a fair shot at getting into universities in any country.

Allowing a B.C. government-certified, foreign-owned school in B.C. to effectively censor discussions about any government’s policies or conduct threatens the integrity and value of the B.C. education brand, which is a slippery slope we don’t want to start down. Damage to our international reputation could have steep costs in a province that reaps massive financial benefits from international students at both the K-12 and postsecondary levels.

Why did the B.C. government certify a Chinese-owned school?

The Chaoyin International School (CIS) website says, “Chaoyin Canada Group was established with the approval of the B.C. Provincial Government of Canada and the Ministry of Education. It mainly carries out projects such as importing international educational resources, the development and management of cooperative school projects, and Chinese and Western culture exchange programs.”

It adds, “CIS will uphold the educational philosophy of Chaoyin, focusing on the balanced development of students’ personality and academic study. The school encourages students to develop an independent and confident attitude towards learning, as well as a positive and responsible attitude towards life.”

How about holding up the educational philosophy of B.C. and Canada?

I’m not comfortable with any foreign-owned private school setting up shop in B.C., but it’s especially shocking that one from a country run by an authoritarian government—known for its egregious and extensive human rights abuses, including the torture and forced labour of its own citizens, and for trampling on the rights of pro-democracy protestors in Hong Kong, along with its sick joke of a justice system and mass censorship and social controls—would be permitted and certified by our own government.

Schools operating in Canada—or any schools certified by B.C.’s Ministry of Education, including offshore schools (a problem for another column)—must be required to respect Canadian values and human rights, including freedom of speech.

Students in B.C. are protected by strict privacy laws. Their information and data is supposed to be protected and not stored or shared on servers outside of Canada, to prevent it from getting into the hands of foreign governments or other bad actors. Yet Chinese-owned companies may be required to turn over any information or data the Chinese government demands.

How can Whiteside assure families that information about them or their children will never be shared with the oppressive Chinese government? What if a student is outspoken in their opposition to the Chinese government’s treatment, detention, and horrendous abuse of Uyghurs in Xinjiang? What if they protest against the continued detention of the two Michaels? What if they support pro-democracy activists in Hong Kong? Will that be reported to Chinese government officials? Will family members living in China face retribution?

I’d like answers to these questions. Honest answers. Our education system belongs to all of us. Its integrity must be protected. Anyone who enrolls their child in a B.C. government-certified school should be assured they’ll be getting an education that is free from foreign influence or pressure and that their child’s privacy will be protected.

The CIS website says tuition for “domestic” students will be $18,000 a year, while International students must pay $23,000 a year. They’re using the lure of our world-class education system to attract students whose families can afford those hefty fees.

K-12 education should not be a profit-making enterprise. Period. Nonprofit private schools that cater to the wealthy, locally or globally, are problematic and divisive enough. We don’t need foreign-owned education corporations coming in and setting up shop in B.C. with our government’s blessing and official stamp of approval.

I called, emailed, and direct-messaged (via Twitter) the head of the CIS, Greg Corry, to ask about student privacy and what is meant by the Chaoyin Canada Group “importing international education resources”, as stated on the its website. He did not reply by my deadline. Feel free to speculate on why that might be.

Meanwhile the Michaels await verdicts and sentencing from a “justice” system with a 99.9 percent conviction rate, and the Uighur people continue to be tortured, detained, separated from families, and other horrors.