The Alberta government has asked the province's four comprehensive academic and research universities to pause any new partnerships with links to the Chinese government and to review its existing relationships.

The story was first reported by the Globe and Mail.

Alberta's minister of advanced education, Demetrios Nicolaides, sent a letter to the University of Calgary, University of Alberta, University of Lethbridge and Athabasca University calling for them to "pause the pursuit of any new or renewed partnerships with [People's Republic of China/Chinese Communist Party]-linked entities, undertake a thorough review of their institution's relationships with entities potentially linked to the PRC/CCP, and ensure these ongoing partnerships follow stringent risk assessments and due diligence," spokesperson Taylor Hides said of the letter. 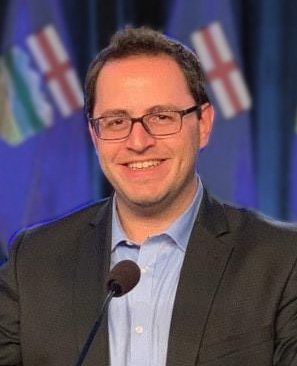 The institutions have 90 days to submit a report with the requested information to the government.

"I am deeply concerned about the potential theft of Canadian intellectual property and further concerned that research partnerships with the People's Republic of China may be used by Chinese military and intelligence agencies," said Nicolaides in an emailed statement.

"More needs to be done to curb foreign state infiltration into our research and innovation centres, including our post-secondary institutions."

Nicolaides is not alone in his concerns. The Chinese government's access to intellectual property through university partnerships has been hotly debated in Australia, and the U.S.

Last year, the Commons committee on Canada-China relations heard allegations that China was working with academics to gain access to technology — including the claim that some of the core technology behind the country's surveillance network was developed in Canadian universities.

"We would also welcome a comprehensive national framework from Ottawa on these serious pressing issues, as national security and intelligence are primarily the federal government's domain," said Nicolaides.

A spokesperson for the U of C said the school had received the letter, but had no comment at this time.