South China Sea: Chinese military told not to fire first shot in stand-off with US forces

South China Sea: Chinese military told not to fire first shot in stand-off with US forces

China sets bottom lines with US; ‘no plans to unseat superpower’

Can China stop wasting food? Reform on menu after Xi dishes out scolding

Is it time for China to leash its Wolf Warrior diplomats? 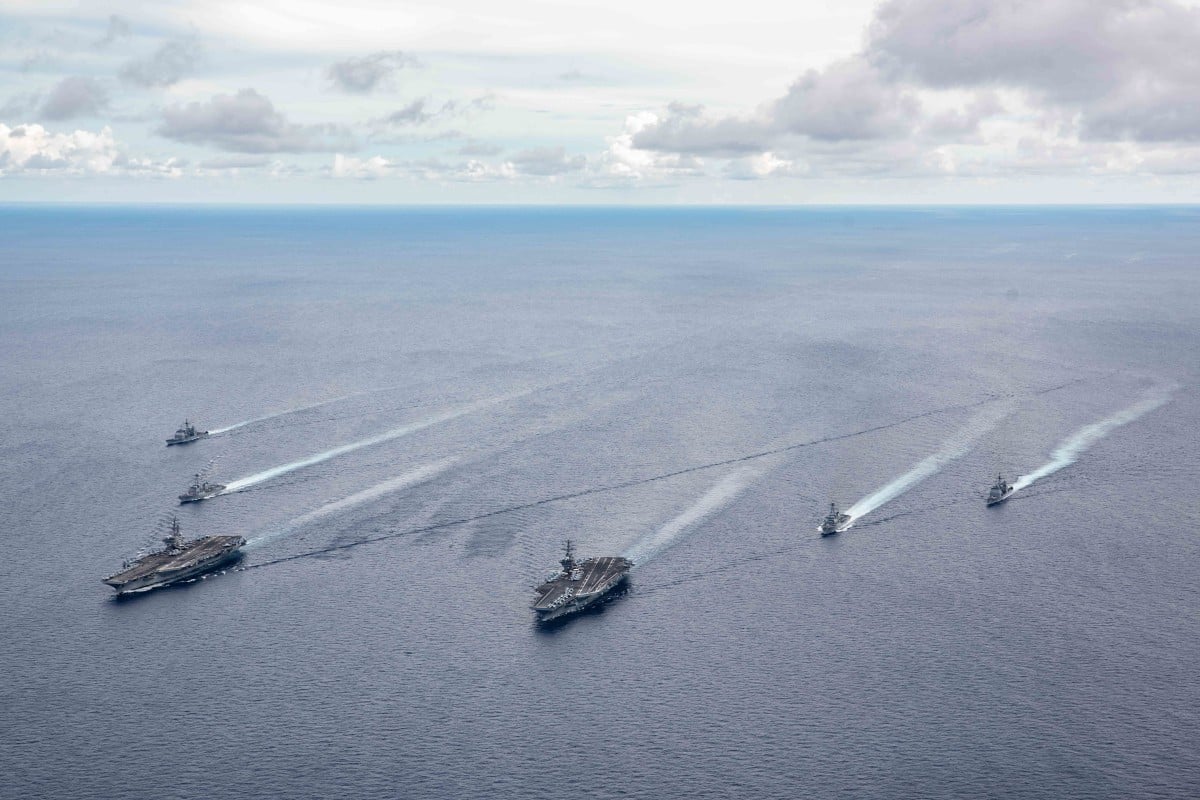 China has told its service personnel “not to fire the first shot” as Beijing looks to de-escalate tensions with the United States in the South China Sea, sources familiar with the situation told the South China Morning Post.

Both sides have stepped up their operations in the disputed waters, increasing the risk of incidents that spiral out of control, but Beijing does not want to give American hawks the opportunity to escalate things further.

The sources said Beijing had ordered pilots and naval officers to exercise restraint in the increasingly frequent stand-offs with US planes and warships.

The call was first suggested by the US side about “a month earlier” but was initially given a frosty reception in Beijing. But a source said the Chinese leadership later had a change of heart and decided to reach out as tensions escalated in the South and East China seas. 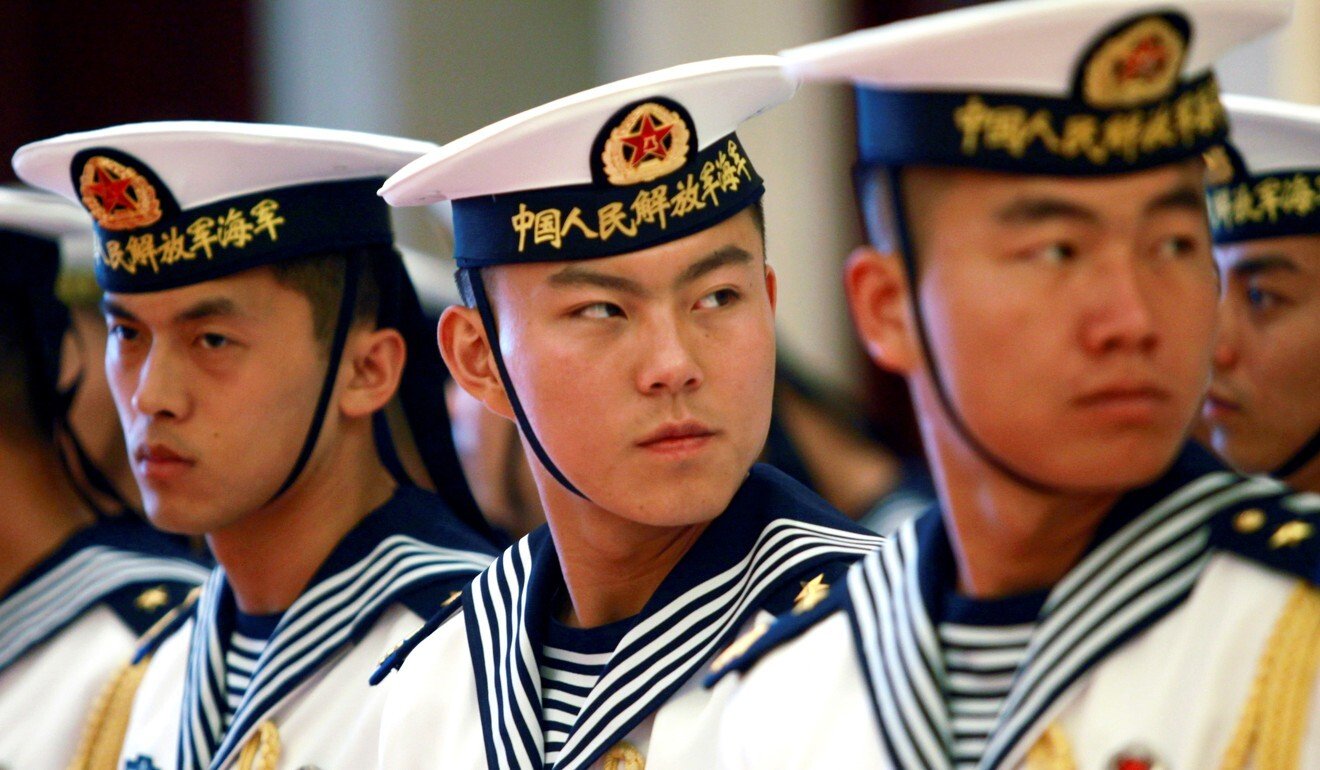 Chinese personnel have been ordered not to escalate a confrontation. Photo: Reuters

China has also conducted naval drills and flyover missions around Taiwan and the South China Sea.

Despite tough public language dismissing the US carrier strike groups as “paper tigers”, sources said the PLA was wary of accidental clashes.

One source close to the military also said Beijing had communicated through “various channels” to the US that it had told its military “never to fire first” in a goodwill gesture to keep the situation under control.

“It’s easy to give the order to shoot, but neither China nor the US is able to control the consequences. The current situation is highly tense and very dangerous,” the person said.

South China Sea: the dispute that could start a military conflict

He said the PLA was a “different military force” from 2001 – a reference to the Hainan incident when a US intelligence aircraft collided with a PLA fighter jet.

The Chinese pilot Wang Wei was killed and the US plane was forced to land on Hainan island. The crewmen were eventually released after the US issued a carefully worded statement on the incident.

“Today, the PLA has developed many countermeasures. The Americans won’t be able to return in one piece if such an accident ever happens again,” he said. “But we are very clear that we will respond with force only as the last resort, when everything else has failed.”

Another source said the two sides had established protocols to handle military encounters but these arrangements needed to be updated to reflect the latest situation.

The source did not elaborate on whether this was discussed by the two defence ministers, Mark Esper and Wei Fenghe, in their August 6 conversation.

China, US militaries in crunch talks to avoid conflicts in Taiwan and South China Sea

China and the US established the military maritime consultative agreement in 1998 to avoid accidents during close encounters.

In 2014 they agreed on an initiative to notify each other of major military operations and a code of conduct for naval and military encounters.

But in recent years the relationship between the two countries has steadily worsened. US Secretary of State Mike Pompeo has become increasingly belligerent in his rhetoric against China, taking aim directly at the Communist Party and declaring that the policy of engagement with China was “a failure”.

Apart from increasing its operations in the South China Sea, the US has also rejected China’s sweeping claims in the disputed waters, saying they were “unlawful” and threatened the freedom of navigation.

Meanwhile, the Chinese leadership has become increasingly concerned about security, with President Xi Jinping telling the Politburo late last month that “uncertain and unstable factors” were an increasing threat.

But in recent weeks, senior Chinese diplomats have subtly changed their combative tone and called for dialogue to contain risks. Foreign Minister Wang Yi also picked up a more conciliatory approach when discussing the South China Sea in an interview with the state news agency Xinhua last week.

Wang did not mention the “nine-dash line”, which marks out China’s claims over 90 per cent of the disputed waters.

Instead he said the South China Sea wass “the shared home for the countries in the region” but should not be “a wrestling ground for international politics”.

But Wang said the US had breached its commitment not to take sides in Beijing’s dispute with the other South China Sea claimants and accused it of seeking to drive a wedge between China and the Association of Southeast Asian Nations.

On Monday the foreign ministry in Beijing called for “candid and effective dialogue” to control conflicts, but said it would firmly defend the nation’s sovereignty and territorial integrity.