Trudeau may topple: the release of dangerous security documents regarding data released to Beijing/Wuhan

Trudeau may topple: the release of dangerous security documents regarding data released to Beijing/Wuhan 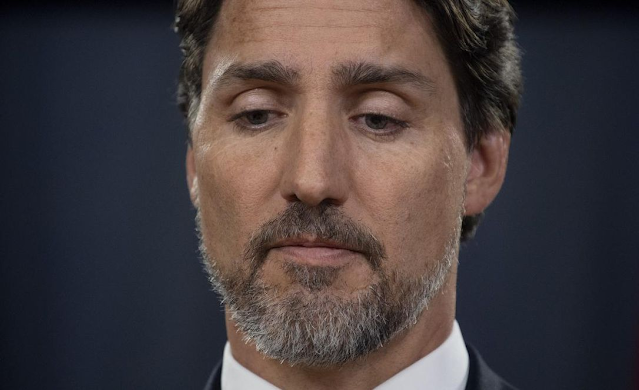 For the first time in more than a century, the Canadian House of Commons has ordered a private citizen to appear on the floor of the chamber for a formal reprimand by members.

Conservative MP Gérard Deltell put forward a motion on Thursday that asked the House of Commons to find the Public Health Agency of Canada in contempt of Parliament for not turning over documents it had been ordered to provide to the Canada-China committee.

The motion also invokes a rarely used set of powers that grant the House of Commons the authority to discipline or potentially even imprison people.

In this case, the adoption of the motion means that in addition to finding the Public Health Agency of Canada in contempt of Parliament, the House of Commons has also voted to order the president of the agency to appear at the bar of the chamber for a formal reprimand within two sitting days.

If he obeys the order, Iain Stewart will be the first private citizen to be called to the bar for a reprimand in nearly 110 years — since 1913. The admonishment would be given by Speaker Anthony Rota and Stewart is also being ordered to, at that time, hand over the documents ordered by the House.

The bar of the House of Commons is just what it sounds like — a long, brass bar.

It runs across the floor inside the south entrance of the House of Commons and marks the place past which non-MPs and any uninvited representatives of the Crown are not allowed.

If you’ve ever watched question period, the bar is all the way at the opposite end of the chamber from where the Speaker sits — a glimpse of the bar is just visible at the right edge of the image below, where then-newly elected Speaker Anthony Rota was being jokingly “dragged” to take up his new role.

The question now however is — will Stewart obey the order to appear?

The House of Commons has a set of powers known as the right to discipline. This applies both to its own members, as well as non-members that it deems to be interfering in its business.

Included in those powers is the rarely used right to imprison.

“Non-Members (‘strangers’) may be removed from the galleries of the Chamber or from the Parliamentary Precinct, be given a reprimand, or, in theory, ultimately be incarcerated,” according to the rules of the House of Commons.

The Speaker does have the authority to issue a warrant to direct the Sergeant-at-Arms to take a person into custody, or to incarcerate them — the power to take a person into custody was last used in 2007, when a parliamentary committee had lobbyist Karlheinz Shreiber brought from custody in Toronto into the custody of the Sergeant-at-Arms in order to testify over the Airbus affair.

The last time anyone was actually incarcerated by the House of Commons was in 1913.

When asked whether the Conservatives were prepared to push to incarcerate Stewart if he does not hand over the documents or does not appear, a Conservative source would not say.

“We hope Justin Trudeau follows the law and gives Parliament the documents,” they said.