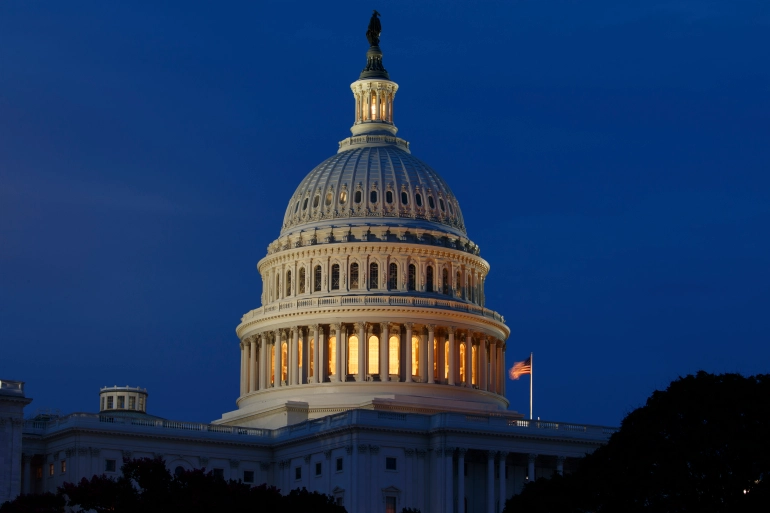 The United States Department of Commerce is failing to do its part to protect national security and keep sensitive technology out of the hands of China’s military, according to a US congressional advisory report the Reuters news agency has seen.

The US-China Economic and Security Review Commission report, due to be published on Tuesday, said the Commerce Department had been slow to create a list of sensitive technology that should be scrutinised before export to China.

KEEP READING
Will China’s ‘three-child policy’ reverse its population decline?
G7 set to launch green alternative to China’s Belt and Road
As US pulls back in MENA, China, Russia may step in: General
WHO expert backs follow-up coronavirus mission to China

The lag in developing the list of emerging and foundational technologies, as required by a 2018 law, may exacerbate national security risks, the report said.

The Commerce Department, entrusted to strengthen US export control laws, “has, to date, failed to carry out its responsibilities,” said the report, titled: Unfinished Business: Export Control and Foreign Investment Reforms.

In a statement, the Commerce Department declined to directly respond to the lack of a list but noted it had published four rules on controls on emerging technologies and more are pending.

It also said it had expanded the military end-user rule and added companies to its entity list, which restricts US suppliers from selling to companies like Huawei Technologies and Hangzhou Hikvision.

In 2018, Congress tightened US export policies and the process for screening foreign investment in response to efforts by Chinese entities to obtain sensitive US technology and use civilian innovation for the military.

The report questions whether a more-than-two-year delay in developing the list should be investigated by the Commerce Department’s inspector general. It also asks whether the authority to enforce export controls should be delegated to another agency.

Congress passed the Export Control Reform Act of 2018 to make it harder to export key technologies to adversaries like China.

The law directed the Commerce Department to work with other agencies to identify emerging, or cutting edge, technologies and so-called foundational technologies essential to making key items like semiconductors, that should be controlled.

In November 2018, the department published 45 examples of emerging technologies, including face and voice recognition, but no list was ever finalised. And it has yet to propose a list of foundational technologies, instead asking for input in August about how to define the category.

The report did note some actions by the Commerce Department.

The department has proposed to regulate software for gene editing, which can make it easier to develop biological weapons but the rule has not been finalised. It also released an interim rule on geospatial imagery involving AI neural networks.

Advanced surveillance technology has received some attention as well, including on export controls to promote human rights, given its use in Xinjiang for the detention of minority Muslim Uyghurs. But the department still does not control newer types of advanced surveillance software, the report says.

The US-China commission was created by Congress 20 years ago to report on the national security implications of trade with China. It is now chaired by Carolyn Bartholomew, who was appointed by Speaker of the House Nancy Pelosi. 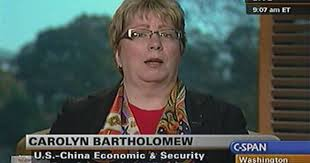